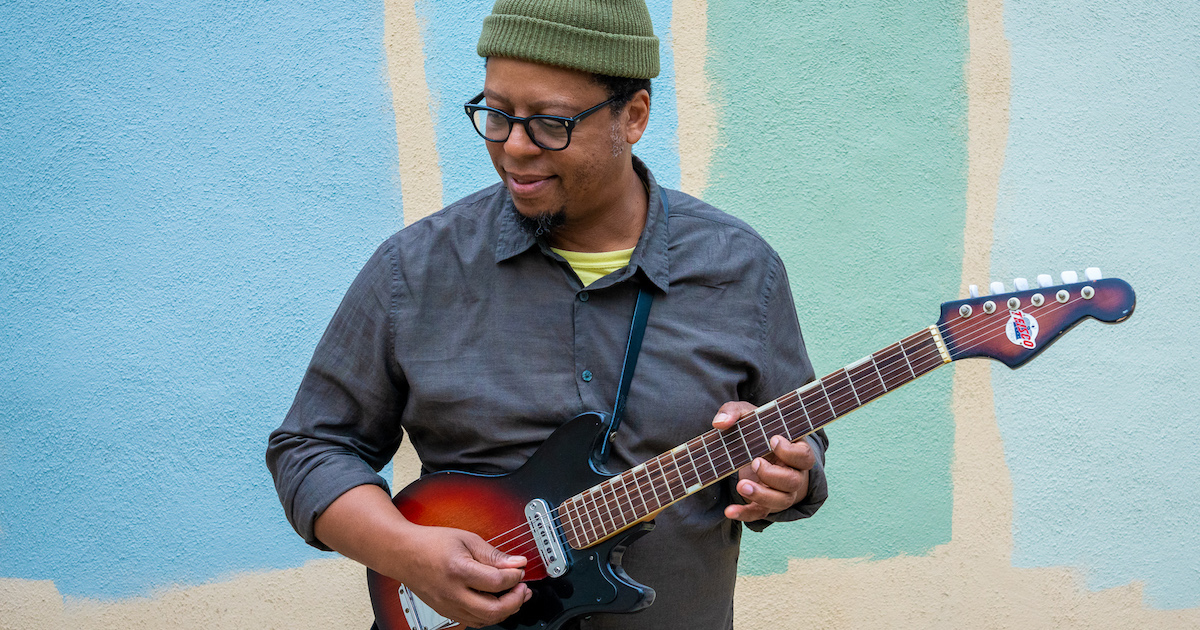 Widely acclaimed for his genre-breaking group Tortoise and his forward-thinking solo work, Jeff Parker always keeps musicality and originality at the forefront, considering himself a musician first and guitar player second. Join him for an examination and discussion of some of his influences, musical ideas, and compositional approaches. By listening to some of his select recorded work, Jeff will provide insights into composing, recording, and performing, delving into creative ideas and bigger concepts to apply to both your guitar playing and your overall musicality.

With a career spanning almost three decades, Jeff Parker is recognized as one of contemporary music’s most versatile and innovative electric guitarists and composers. Perhaps best known as a member of the influential indie band Tortoise, Jeff is featured on over 150 commercial releases and his credits as a side-musician include recordings and performances with Andrew Bird, Joshua Redman, Dave Douglas, Vijay Iyer, Smog (Bill Callahan), Toumani Diabate, Yo La Tengo, Daniel Lanois, Brian Blade and the Fellowship Band, Makaya McCraven, Carmen Lundy, Bennie Maupin, Joey DeFrancesco, Nels Cline, Meshell Ndegeocello, and hundreds more. Parker has released several acclaimed albums as a leader, most notably 2016’s The New Breed, which was named as one of the Top 10 Jazz Albums by The New York Times, and the Top Jazz Album in The London Observer. His latest album, “Suite For Max Brown”, debuted at Number 1 on the Billboard Jazz Chart, and topped many of 2020s year-end best music lists.

As an educator, Jeff has lectured at the Berklee College Of Music, California Institute Of The Arts, and U Mass Amherst, and he has served on the faculty of the Banff International Workshop for Jazz and Creative Music, and the Stanford Jazz Workshop. Since 1995, he has been a member of the Association For The Advancement Of Creative Musicians (AACM).

“History will certainly reflect that he is one of the more noteworthy guitarists of his generation.”
-Dusted Magazine