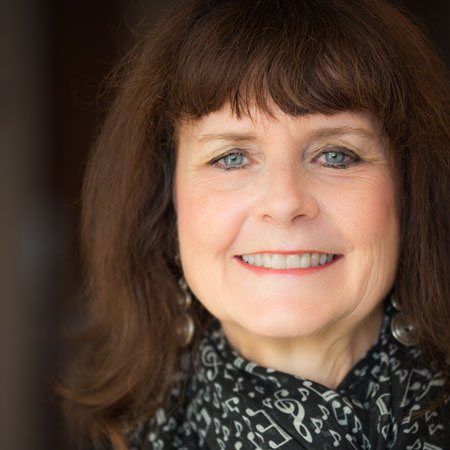 Numerous professional honors have come Ms. Irwin’s way throughout her career. She was
named “Teacher of the Year” in the Dallas Center­ Grimes District in 2005 and is listed in Who’s Who Among America’s Teachers. She was honored to be asked twice to be guest conductor at the South Central Iowa Bandmaster Association Middle School Concert Band Festival. She has been invited to be guest clinician and/or judge at numerous music contests throughout her yearsas a band director. But one of her proudest honors is that many of her former students have also pursued successful careers in music, either as performers or teachers. Being committed to student improvement initiatives throughout her years at Dallas
Center­ Grimes, she served on the pilot committee for incorporating the “Character Counts”
initiative into the Dallas Center­Grimes Schools. She also gave private piano lessons for 32
years.

After retiring in 2013, she and her husband of 33 years, Steve, moved to Chicago to enjoy the cultural diversity and vibe of the city. Her hobbies include cycling, thrift store shopping, crocheting and spending time with Steve, family, friends and their cat, Felix!


Started at the Old Town School in January of 2015