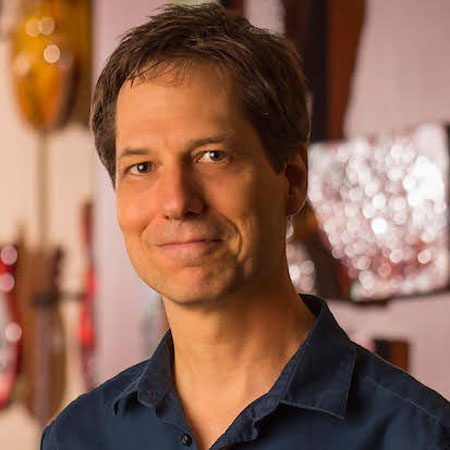 Check out Steve’s new songwriting book, “Take It To The Bridge”
http://www.tothebridgesongwriting.com/

I have been teaching guitar and songwriting group classes and private lessons at the Old Town School Of Folk Music since 2004. I find teaching constantly rewarding. I love the community and spirit of music making, and I think the Old Town School of Folk Music has found a way to make that spirit come alive on a daily basis. It is an incredible place. Learning to play music with others is a profound, life-changing experience and much preferred over trying to learn alone in a room with the internet. There are so many aspects of music making that can only be learned in real-time with an experienced teacher sitting in the same room with you.

I teach all levels in group guitar classes and private lessons and I enjoy them all. I use songs from all musical eras as learning tools in my classes. In addition to songs from the Old Town School Songbook, I tend to lean heavily on music from the ‘60s and early ‘70s because that's the stuff I first learned on guitar and I love it. I am well versed in Rock, Folk, Blues, Country, Jazz, and all their various sub-categories. In the repertoire classes I always ask students what songs or artists they've always wanted to learn, and I make an effort to work those songs into my classes whenever possible. My classes can move at a steady pace, but I am very conscious of the group momentum. I am happy to slow down (or speed up) if the group wants me to. My goal is to teach new skills while making good music as a group and have a good time doing it.

I also teach songwriting classes. I can honestly say it is a privilege and a pleasure to help people nurture their creative impulse to write songs. My goal is to get writers to open up to the best parts of their own creativity and find their own voice. I use weekly songwriting assignments as a way for students to get more familiar with the building blocks of songwriting: form, lyrics, harmony (chords), melody, and rhythm. I encourage listening and respect in the classroom with good humor and constructive suggestions. Currently I teach Continuing Songwriting classes, Finish Your Damn Songs (for procrastinators), Performing Original Songs Solo, and Songwriting Fundamentals.

Me? I started learning guitar when I was 12 and writing songs when I was 15. I am still actively engaged in learning both. I was born in San Diego and grew up in Hailey, Idaho. I studied Jazz Composition and Arranging and guitar at the Berklee College of Music in the early ‘80s, and I moved to Chicago in 1987. I've written several hundred songs. I co-lead a band called Dolly Varden, and we've had the good fortune to play all over the US and Europe. We've released six albums since 1995; the most recent one, For A While, came out in 2013. I've also released two solo albums and I'm currently working on a new one with a group called Funeral Bonsai Wedding. I did a fair amount of touring in the late ‘90s through 2006, but these days I tend to stay closer to home. In addition to teaching and performing, I run a small project recording studio called Kernel Sound Emporium that has helped many talented Chicago singer-songwriters record and release albums of their work.

Started at the Old Town School in October of 2004