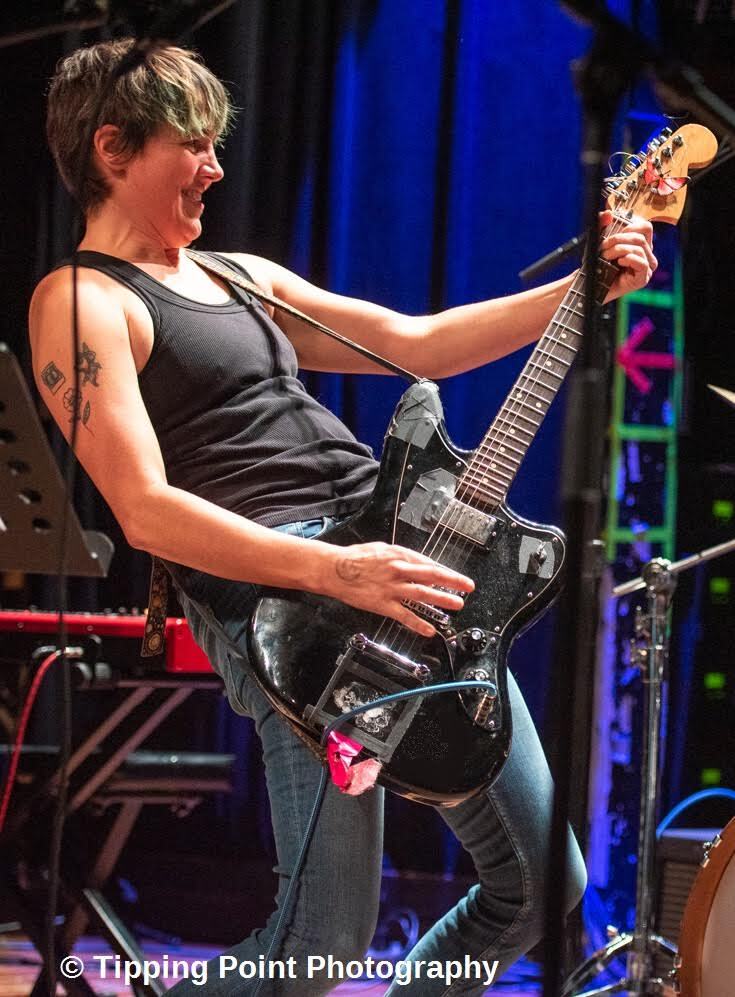 Shelley (they/them) believes that everyone has the right to make music. They do their best to make the classroom a warm, fun environment where people can try new things, ask questions, and discover their musical voices. In both group classes and private lessons, they try to meet students where they're at (interest and ability-wise) and present information/offer new challenges in ways that both allow and inspire students to grow at their own pace. They strive to break down new skills and techniques to make them easier to do and understand and to offer personal feedback to each student.  Shelley has won awards in numerous songwriting contests, including the 2012 Sandy Lee Songfest Songwriting Contest (Grand Prize) and the 2012 Dave Carter Memorial Songwriting Contest at the Sisters Folk Festival (Sisters, OR - Finalist). They've released 6 albums of original music and performed at venues and festivals around the country, including the National Women's Music Festival, Chicago County Music Festival, and Taste of Chicago. They perform regularly around Chicago, both solo and fronting indie rock band Soft Ledges. Also, they once sang a Madonna song with two members of the Counting Crows. When not making music, Shelley can often be found flying through the air at circus school, riding their bike, and telling their cats that they are very good boys.

Get in touch with Shelley at SMiller@oldtownschool.org.

Shelley has played guitar since 1996, and began their "formal" music education as a guitar and voice student at the Old Town School in 1999.

Started at the Old Town School in June of 2002

Out Unplugged: Music by LGBTQ+ Artists with Shelley Miller