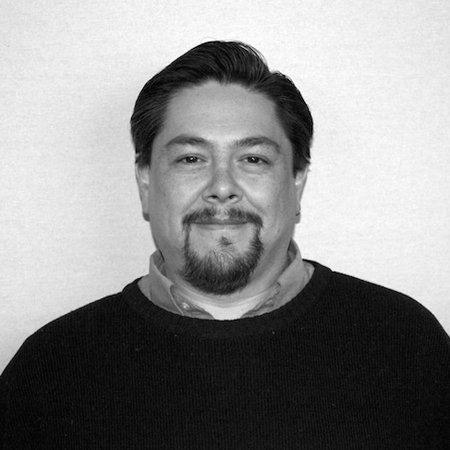 Oscar Jasso is an active film composer and accomplished piano teacher. He has been teaching at Old Town School since 2001. He aims to instill in his students that, with proper technique and good practice habits, any goal can be within reach.

In addition to teaching music as a language, Oscar focuses on the importance of technique, artistry, and performance. He began playing piano at a very young age and understands the challenges of learning the instrument at any stage of life. As a result, many of his students have continued with him from early childhood, well into adulthood, growing into excellent musicians. Oscar has seen a number of his students move forward in pursuit of degrees in music at prestigious schools. Many are now recording artists, performers, composers, and piano teachers themselves.

Oscar likes to start students as early as four years old, but works great with beginner adults and welcomes advanced players. He has also worked extensively with students with special needs. Passionate about piano pedagogy, Oscar coaches other piano teachers as well.

Born in Los Angeles, CA, Oscar Jasso started playing piano at age four. He realized early on that music was going to be an important part of his life, and fell in love with classical music.

Oscar began his undergrad studies in piano performance at the Conservatorio De Las Rosas (Morelia Michoacan, Mexico), and continued at Escuela Nacional De Musica (UNAM Mexico). While living and studying in Mexico City, he performed throughout the country. He took master classes with the eminent French pianist Bernard Flavigny, and Canadian composer Peter Clemens. His interest in composition won him a scholarship to study with the Italian composer Franco Donatoni.

He relocated to Chicago where he studied composition with Robert Lombardo, Don Malone, and piano with Dr. Bruce Berr at Roosevelt University and also studied film scoring at Columbia College.

Oscar’s music has been performed in Mexico, China, and the United States. He has scored a variety of film productions, including one produced by the FBI, that have been featured in several film festivals around the world. He is a member of the Society of Composers and Lyricists.

Get in touch with Oscar at ojasso@oldtownschool.org.

Started at the Old Town School in August of 2001