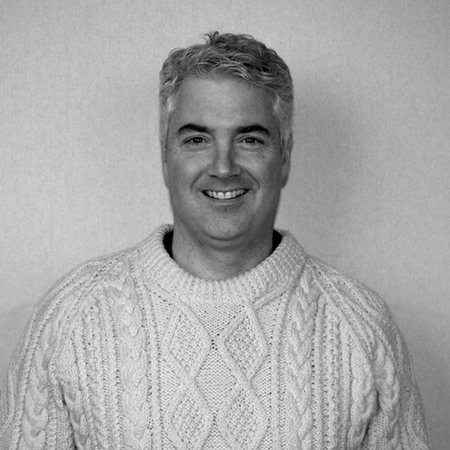 Mike’s been an Old Town School instructor since 2000, and since then has implemented a Level II class for advanced students, and considers his teaching style all-inclusive. He's not sure which type of bodhran student he likes better--the musical novice who has never played a note of anything, or the university percussion major who is interested in learning yet another instrument. He welcomes anyone who likes the sound of a drum.

Mike comes from a family with a professional musical tradition that spans at least four generations to his band-leading great-grandfather, who was a personal friend of John Phillip Sousa. Mike began playing drums as a young boy, somewhere around the age of 5. His first teacher was his father, a jazz and concert band drummer who co-founded the Joliet American Legion Band, the most celebrated concert and marching band of its kind in the nation. (In between, there was a mandolin-playing grandfather, too.) Mike played drums in school concert bands and garage rock bands until entering high school. Since he was a competitive student-athlete, he took a hiatus from music and returned to it after college. This is when he changed his focus exclusively to Irish traditional music, which he first experienced as a teenager during a trip to Ireland with his family. Since then Mike has been a featured performer at several major music festivals in the United States and Ireland, and has appeared in venues ranging from cozy pubs to Chicago's Orchestra Hall.