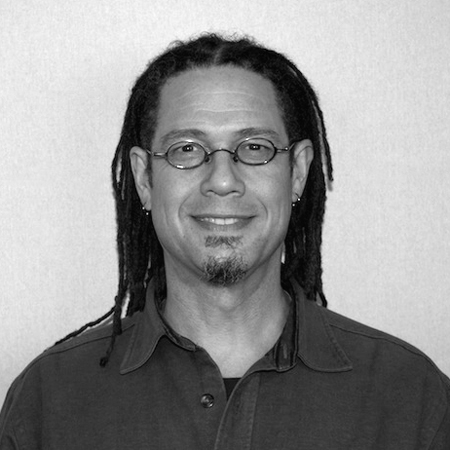 Taylor (aka Michael Taylor) is a bi-racial Chicago area percussionist, entrepreneur, educator, recording artist, performer and facilitator, specializing in the West African djembe and dunun drums. He founded his business Holy Goat Percussion in 1995, is the Director of the Tam Tam Mandingue Djembe Academy-Chicago School of Percussion (2006) , a branch of the Tam Tam Mandingue Djembe Academy international schools. He received the TTMDA Instructor certificate, a degree in djembe offered exclusively by Grand Master Drummer Mamady Keita in 2005 and was the first person in the world to take and pass the highest level of TTMDA Senior Instructor in 2006. He teaches, performs, imports, sells and repairs drums and does classes and workshops on traditional West African djembe rhythms, technique and songs.

He has traveled to Guinea, West Africa 6 times to study djembe, and has done performance and/or teaching tours across the United States and in China, Japan, Guinea, Brazil, Australia, England and Mexico so far. He has performed and/or taught with Grand Master Drummer Mamady Keita in China, Japan, Guinea and Mexico as of 2019.  He also is a lead facilitator with Sewa Beats,Intl using the music of the djembe as a metaphor for professional success for corporations all over the world.

Taylor teaches in the Chicago area at Tam Tam Mandingue Djembe Academy-Chicago, the Old Town School of Folk Music, the Merit School of Music, The Theatre School of Depaul University,  Chicago Waldorf School, After School Matters, in the Chicago Public Schools, the Cook County Department of Corrections and privately at his studios in Oak Park.

Education: Bachelor of Science degree in Communication (emphasis in Public Relations) and a minor in Philosophy, Illinois State University, 1991

Started at the Old Town School in March of 1997