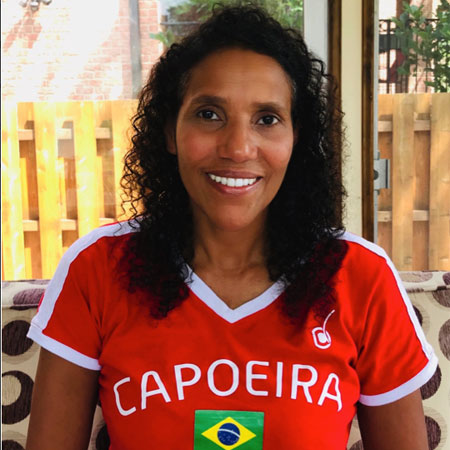 Mestre Marisa Cordeiro was born in the town of Curvelo, located in central Brazil. In 1982,
she moved to the city of São Paulo and joined the prestigious Capoeira school, Cordão de Ouro. She then spent the following years traveling throughout Latin American performing for the renown international dance company, ObaOba. In 1989, with ObaOba, she had the opportunity to perform in the United States and ultimately decided to permanently relocate. Mestre Marisa Cordeiro, then founded the Gingarte Capoeira Academy in Chicago, which she currently serves as the director. Gingarte works throughout the Chicagoland area performing and teaching for groups of all ages.Marisa trained at the prestigious Cordão de Ouro Capoeira Academy in São Paulo with top instructors such as Mestre Suassuna Mestre Canguru, and Mestre Urubu Malandro. She is one of the highest-ranking female capoeiristas in the world.


Started at the Old Town School in January of 2008