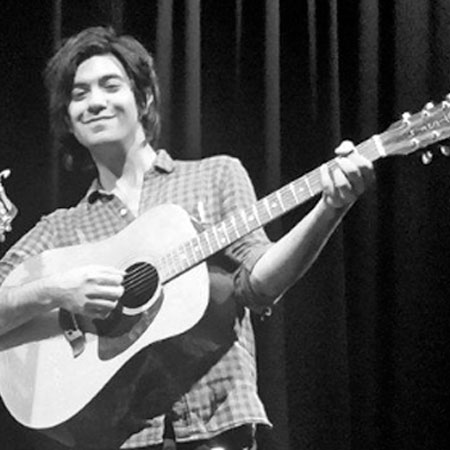 I’ve been playing guitar for about 10 years and have been working at the Old Town School since 2011 as a customer service representative. It wasn’t until 2014 that I started to teach adult and teen guitar classes. Through my experience at the Old Town School, I’ve found that learning in a group setting or one on one has a much more profound impact on one’s development as a musician, as opposed to learning on your own by using online lessons and tutorials. The experience is much more collaborative, allowing for more exploration, exchanging of ideas and creativity.

My own musical education began with private piano lessons for 10 years starting when I was 7 years old. Through this, I learned how to read music. I picked up guitar later, learning the basics of chord changes and rhythm by observing my father who played Boleros and many songs in Spanish. I was drawn heavily towards singer songwriters from the ‘60s and ‘70s as well as fingerstyle guitar and American Primitive. I started writing songs when I was about 12 years old and really into hip hop. By the time I learned to play guitar, I started singing and writing song after song. I went to Columbia College for a degree in Poetry and kept learning to play guitar on my own. Since 2010, I’ve been performing my songs solo, as well as with a band called Brother Moose, in many Chicago venues.

I teach all levels of group guitar classes for adults and teens. We learn by using songs from the Old Town School song book, as well as bringing in music from all types of eras and genres. I’m most experienced in fingerstyle guitar, folk, songwriting, blues, and rock. I’ll bring you the right new skills and techniques you need to become a great player, tighten your playing, but most of all, to fall in love with playing guitar!

Started at the Old Town School in December of 2011