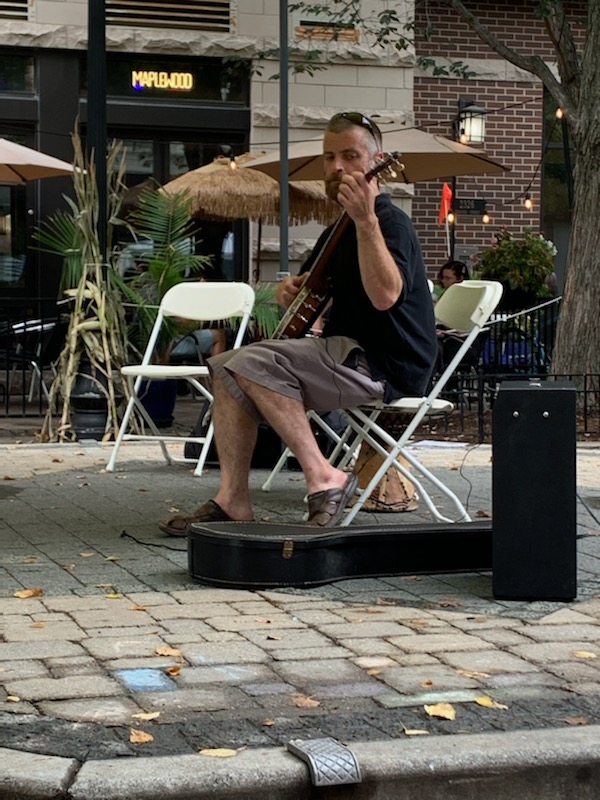 Joshua Guy plays and teaches traditional music of West Africa, the Caribbean diaspora and North America. Classically trained in all western percussion and self-taught on multiple string instruments, he has been fortunate enough to travel, live and study with several traditional Master musicians and artists of our time and remains in their debt, and is equally comfortable and adept performing on stage, teaching in the classroom, and playing for traditional rites and ceremonies. In just the past year he was featured at the world renowned Abene Festivalo De Arts in Casamance, Senegal, the Youssouf Koly Dance Conference at the Monument of African Renaissance, Dakar, Senegal, the Texas Democratic Convention, Chicago Summerdance, Chicago Shakespeare Theater, Northwestern University, Columbia College Chicago, Lycee Francais, the Old Town School of Folk Music, and held workshops and residencies in over a dozen public and private schools.

As an instrumentalist he has been described as “dynamic and multi-faceted” and a “Professor of Percussion” by Gambian Ambassador Dawda Fadera. He approaches both traditional and modern music with reverence and alacrity, and brings an open minded methodology to teaching and performing traditional styles in a modern, relevant way.

Joshua teaches all ages, skill levels and abilities and enjoys challenging students at every level.

Started at the Old Town School in October of 2008

Introduction to the Banjo with Joshua Guy

Dance to live drumming! Experience the spirit of Africa through movement and music. Learn traditional dances that celebrate momentous occasions or support the fundamentals of ceremony. In this high-energy class, your body will come alive and your heart will begin to beat to the rhythm of the drum.