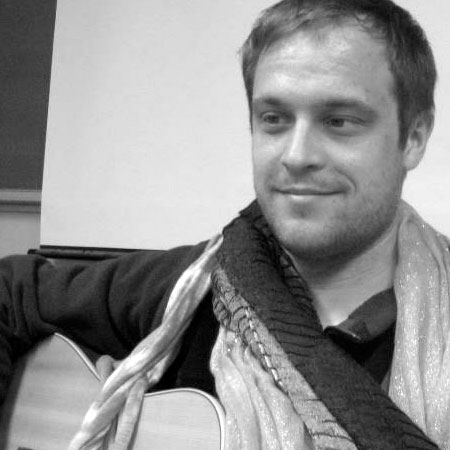 Growing up in Alton, Illinois, John Huber has had a life-long interest in music and education. Through playing in rock bands in high school and college, John began to find his musical voice. After studying elementary education at Knox College, John lived and taught school in New Delhi, India for 14 months between 2007 and 2008. It was during this time that John decided to commit his life to music. Befriending and collaborating with Indian folk and classical musicians inspired John to delve into the traditions of American music through his guitar, mandolin, banjo, and voice. He started this in-depth study at the Old Town School, and continues to learn and be inspired by his masterful colleagues. After ten years working at Brickton Montessori School, John has developed his voice as a classroom teacher as well. Seven years of teaching bluegrass classes and leading the 7-11 year old summer camp has given John a deep understanding and love of the Old Town School of Folk Music.

Started at the Old Town School in June of 2011