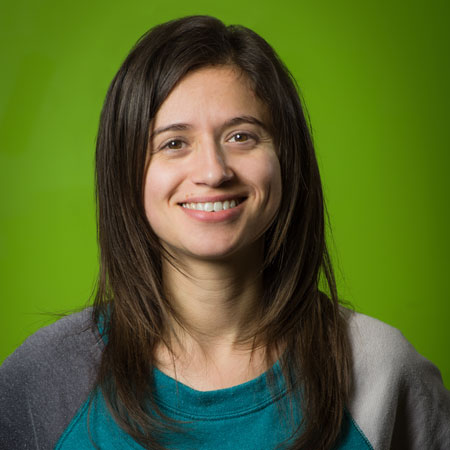 Deanna is a multi-instrumentalist and has been playing guitar for twenty years. While teaching, she believes that a “learning by ear” approach is a fundamental aspect to guitar playing and songwriting. She helps train her students’ “musical ear” using songs they wish to learn and through these songs she teaches chords, rhythm, strumming patterns, fingerpicking/picking, and songwriting/performance skills. She’s a patient teacher with students of all levels who are wishing to learn either acoustic or electric guitar and for those who are inspired to write and perform their own material.

While most artists pack their bags for bigtime in New York, Toronto import, Deanna Devore, opted in 2006 to make music in Chicago. Just unpacked, she played anywhere she could find a stage and a PA system while spending her days at Steve Albini’s Electrical Audio, recording and co-producing a seven-song EP with Bjorn Thorsrud (Smashing Pumpkins, Dandy Warhols), on which she played nearly every instrument with some backup from drumming heavyweight Matt Walker (Morrissey, Garbage). Raised by musical parents, her voice, guitar playing, and songwriting well exceed her years as she carries a lyrical sensitivity, a maturity, and a sophistication that spans across electro-dance, folk, Brazilian jazz, and orchestral territories.

Started at the Old Town School in February of 2013

Beyond Guitar 3 with Deanna Devore