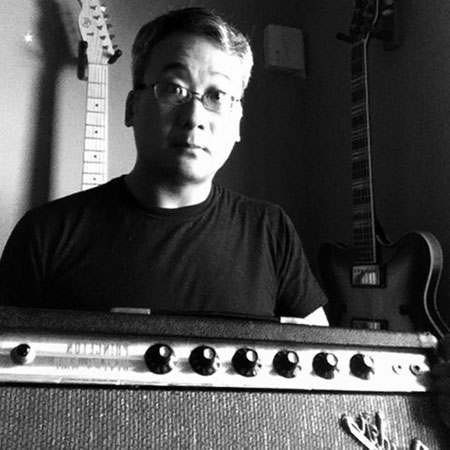 A recipient of The Old Town School Of Folk Music’s 2016 Distinguished Teaching Artist award, Charles loves to teach beginning to advanced students who are open to new ideas and excited and eager to create something new. You can take private lessons with Charles or experience his teaching in a group guitar, ensemble, or songwriting class. Guitarists and bassists can bring in their favorite songs to explore the technique of their instrument, whether you want to study rock, country, funk, classical, fingerstyle, blues, jazz, or just want to improve your overall playing.

Songwriters can bring in ideas that they haven't completed, either to learn the craft of using chords, melodies, lyrics and structure, or to help with new approaches to songwriting. He's also taught students how to write a pop-song, how to figure out their favorite tunes, work on band arrangements, and get ready for the recording studio.

Charles has appeared on more than 30 albums, works as a producer/recorder, and written works for theater, dance companies and film.

Started at the Old Town School in January of 1999

Beatles for Beginners with Charles Kim

The music of the Fab Four simplified for those who have only played a short while.

Beatles for Beginners with Charles Kim

The music of the Fab Four simplified for those who have only played a short while.

Introduction to Ukulele with Charles Kim