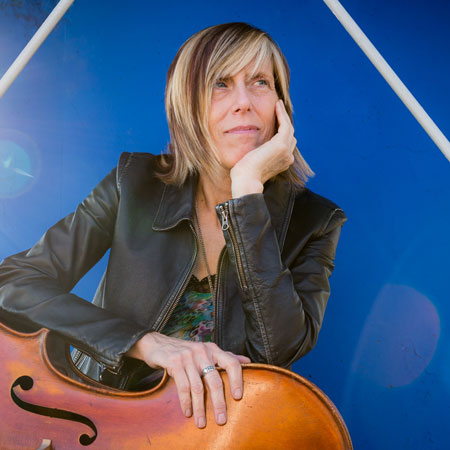 A rock musician, composer, and performing artist, Alison loves working with students of all ages. Her lessons build on a foundation of tone and technique, the basis of playing well in any style, whether it’s classical, rock, folk, or improvisation.

Performing under the name Helen Money, Alison has released four solo albums, played on more than 150 recordings with artists such as Bob Mould, Mono, Anthrax, Broken Social Scene, and Russian Circles and has toured the US and Europe with Shellac, Neurosis, Sleep, and Bob Mould among others. Called “A classical-cellist-turned-avante-metal virtuoso” by the Boston Phoenix, she has become known for her adventurous sound, bold compositions, and compelling stage performance, channeling her sensibilities and experience as a rock musician through a classical instrument, altering both genres without apology.

Started at the Old Town School in October of 2017