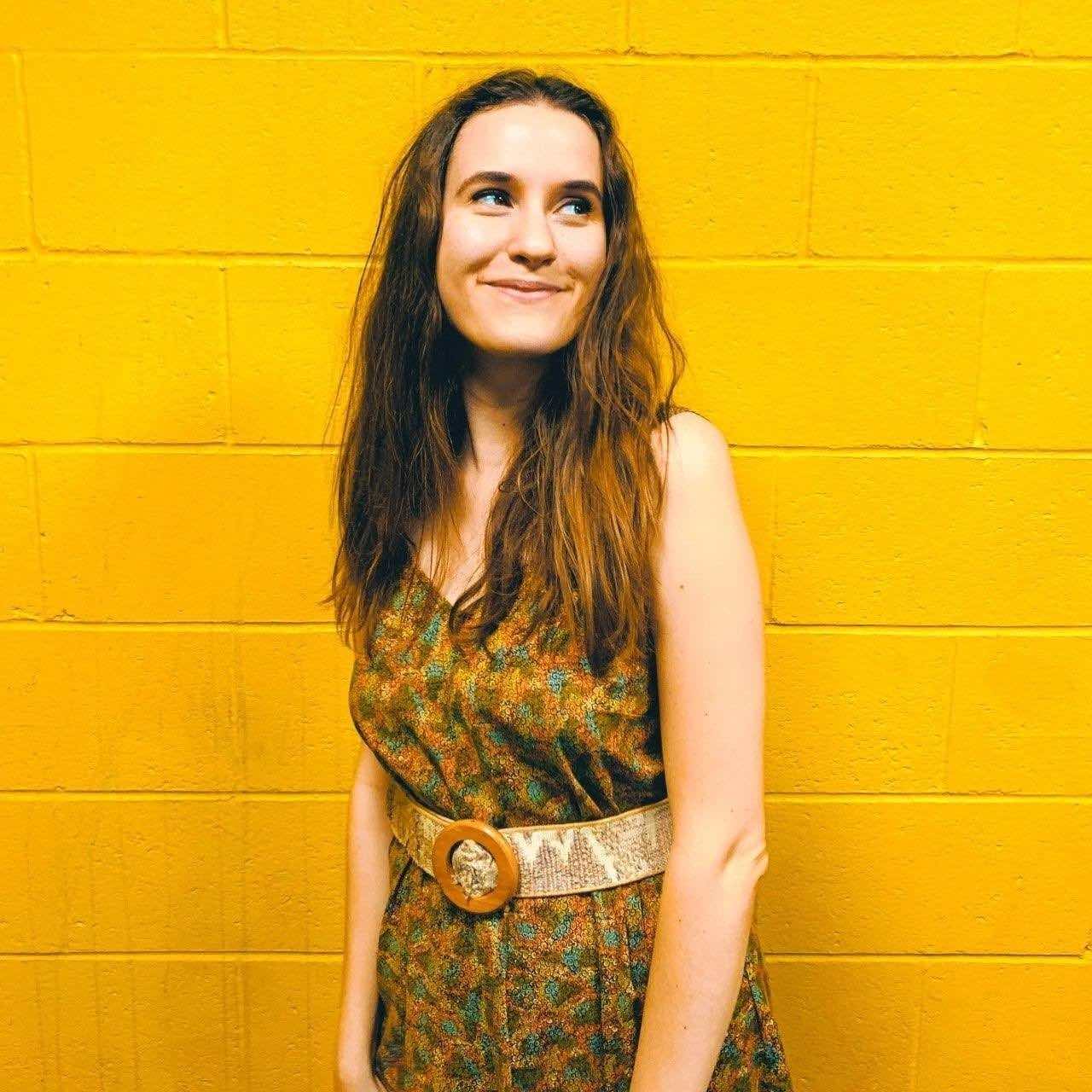 Abby Lyons is a folk/pop singer-songwriter, whose music is honest, introspective, and sweet. Her stories are derived directly from her life and personal experiences, often diving into the subtle challenges of relationships with friends, lovers, chasing success, and the idea of fame.
Abby comes from a musical family and began playing piano at the age of four. She started her second instrument, oboe, in 4th grade, and then guitar, after getting an electric Epiphone for Christmas, in 6th grade. She wrote her first song, “Brace Yourself,” when she was 12. Ukulele is the most recent addition, which she began to play when she was 21. Abby received a bachelor’s in oboe performance at Illinois Wesleyan University and a master’s degree in music composition at CalArts.
After school, Abby amassed a following of over 65k subscribers on YouTube, 18k followers on Instagram, and 400 patrons on patreon. She has released two studio albums of original songs, the first of which is a self-titled album (released in 2017), and the second is called “I’m Not Famous” (released in 2021). Abby has received support from her online fanbase for two Kickstarter projects, one to fund her first album, and the other to create her first professional music video.
Notable performances include the CalArts Soundstream at the Troubadour, the Los Angeles International Ukulele Festival 2022, and UkeCon 2022. One of Abby’s original song was chosen for the CalArts Jazz CD 25 and recorded at Capitol Records. A different original song called “Nightmare In The Morning,” was featured alongside an animation in Shortnitemares, an online film festival hosted by Epic Games in the game, Fortnite Party Royale and on Disney XD.
Outside of her original music, Abby records vocals for film composer, Lorne Balfe, and most notably her singing can be heard on the show, The Wheel Of Time, which was the top streamed show in 2021 on Amazon Prime. She is the lyricist for a song (composed by Balfe), which is featured in the British crime show, Pennyworth. Abby is also known for her ukulele playing and teaching as an instructor on the Fender Play platform.

Education: Bachlor’s in oboe performance at Wesleyan University and master’s in music composition at CalArts

Started at the Old Town School in December of 2022

Uke Should Know 8-12 with Abigail Lyons

for kids with birthdays between: 03/04/2015 and 04/04/2018
Let’s play the ukulele! If you love to make music, join Kids Ukulele! Open to all levels of ukulele players, this class will build confident players-learning chords, strumming skills, melodies, steady beat, and rhythm. Play and sing fun pop and folk songs. Your teacher will work with the group to play uke, sing, and create music together. Bring your tuned soprano, tenor, or concert ukulele.

Uke Should Know 8-12 with Abigail Lyons

Wiggle-N-Strum: for Grownups Ready to Strum the Ukulele! with Abigail Lyons

for kids with birthdays between: 04/04/2019 and 02/04/2023
https://musicstore.oldtownschool.org/shop/c/p/Makala-Series-Soprano-Ukulele-x29760795.htm-adults should purchase a tenor or soprano ukulele