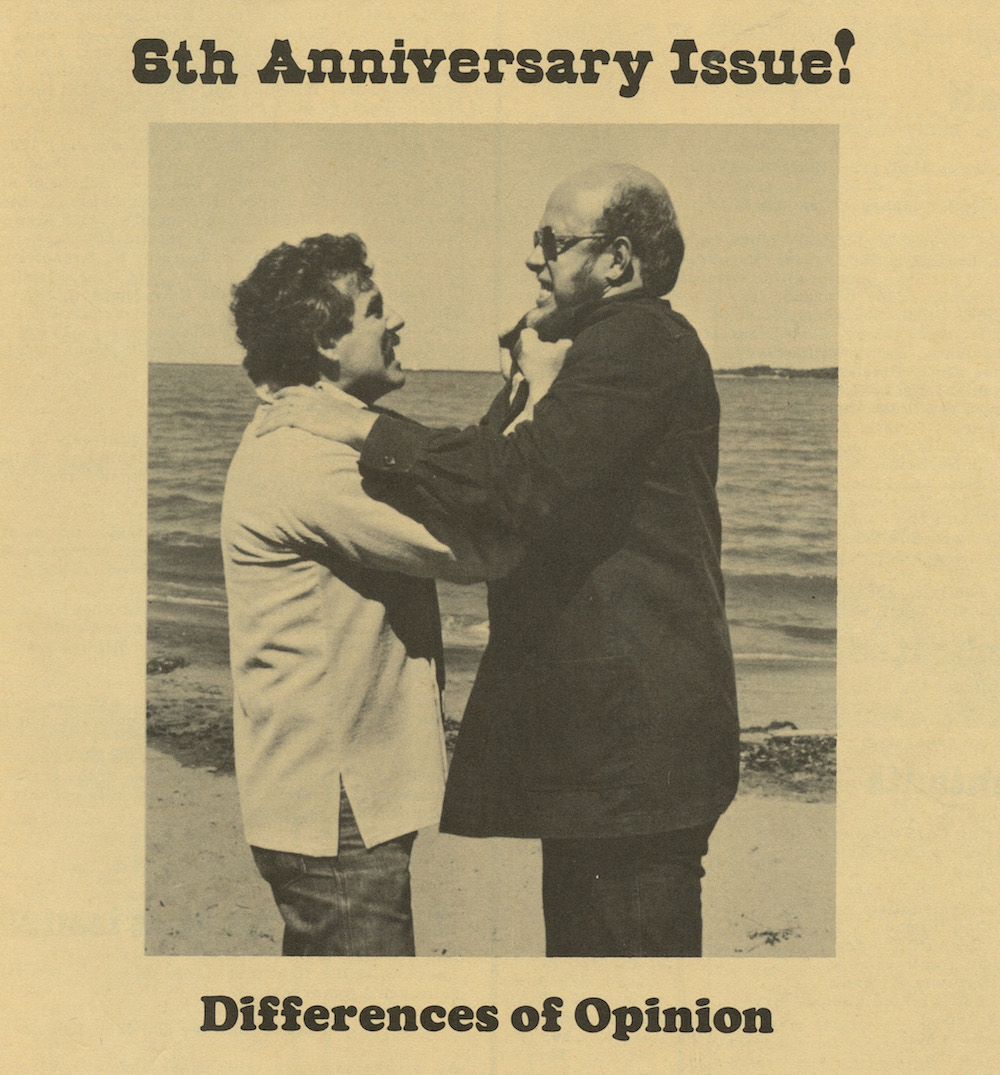 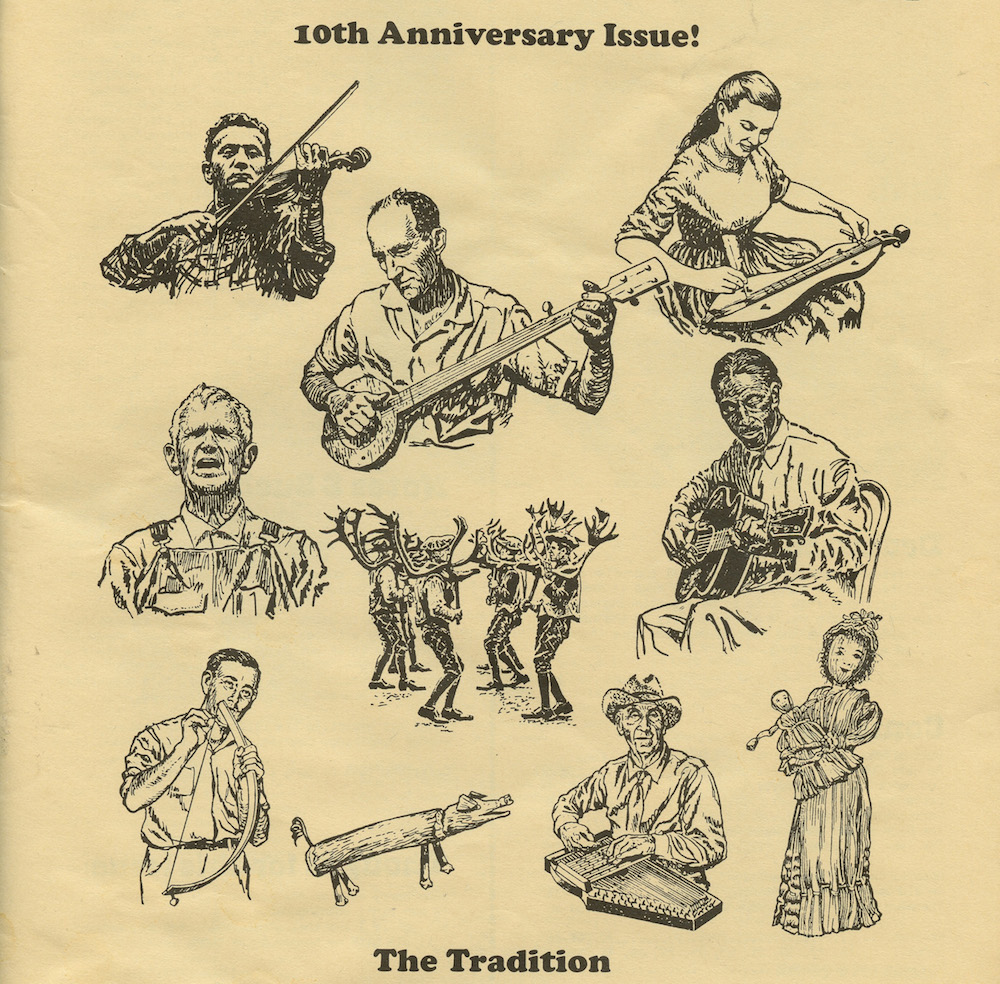 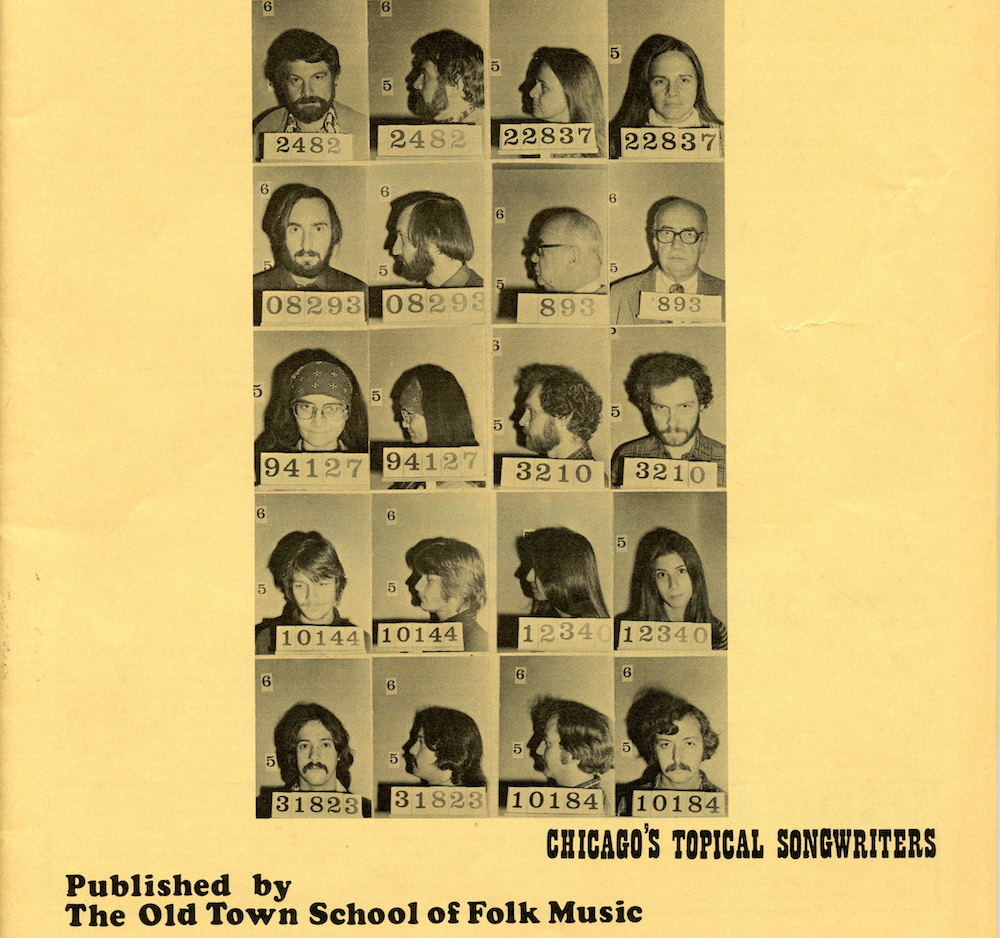 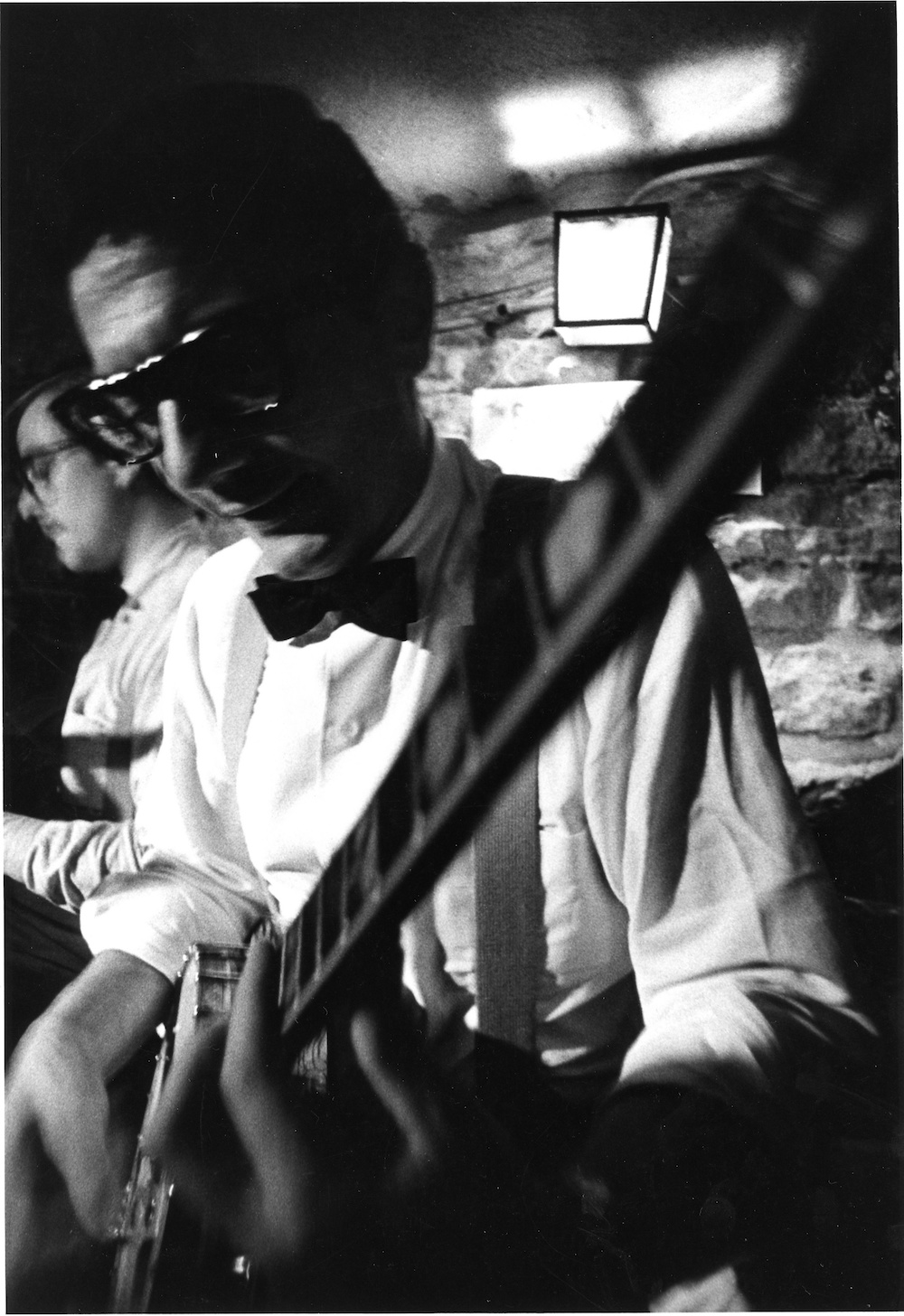 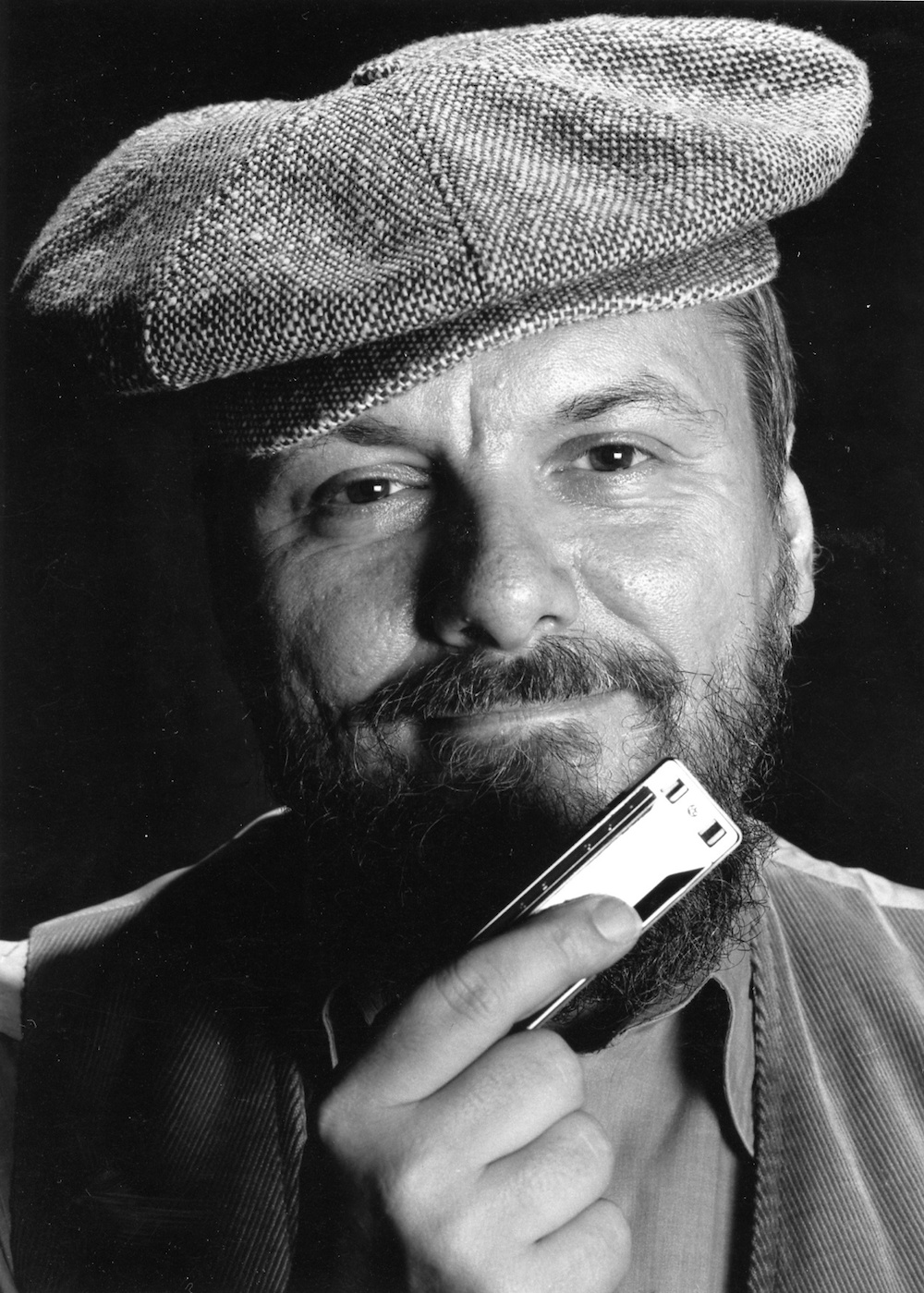 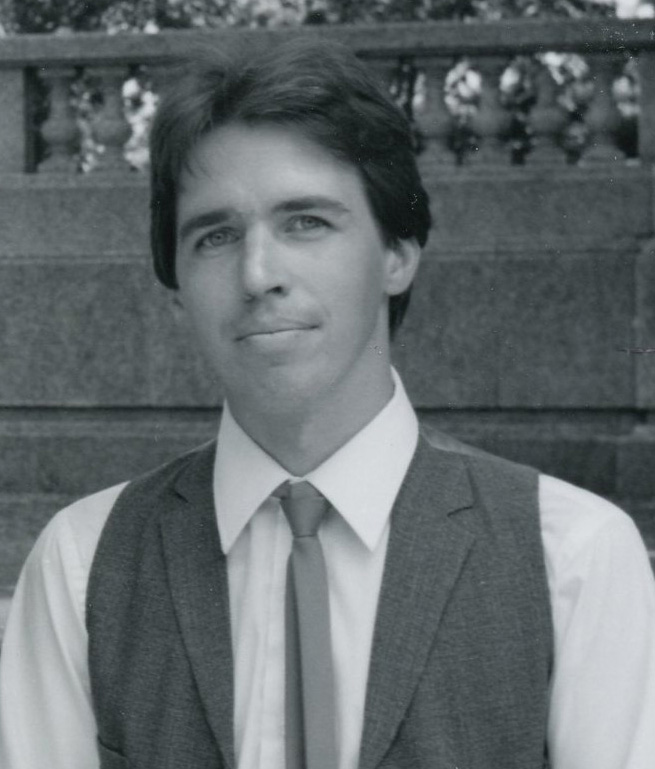 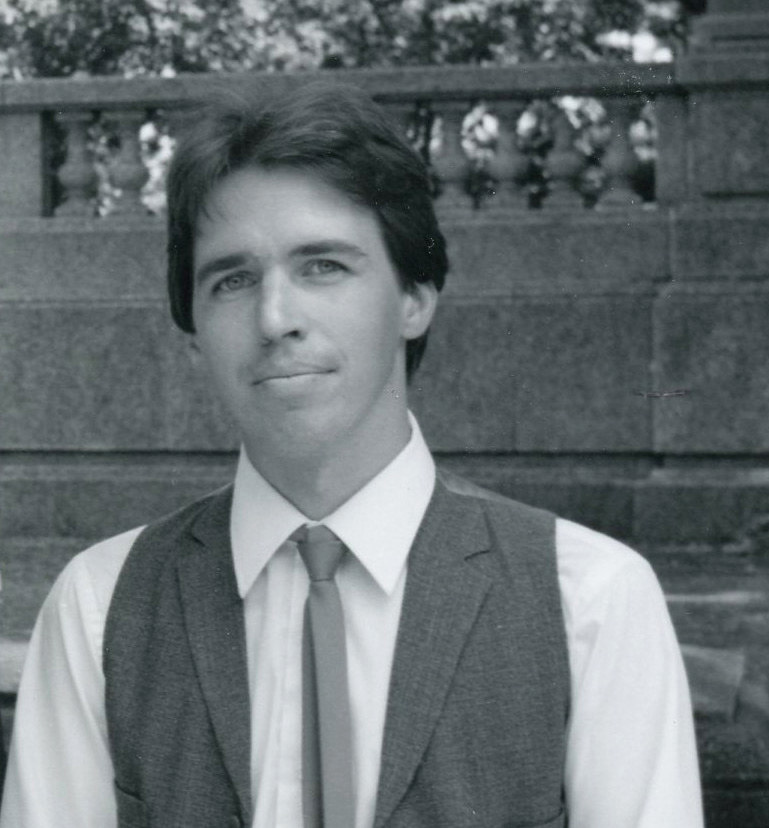 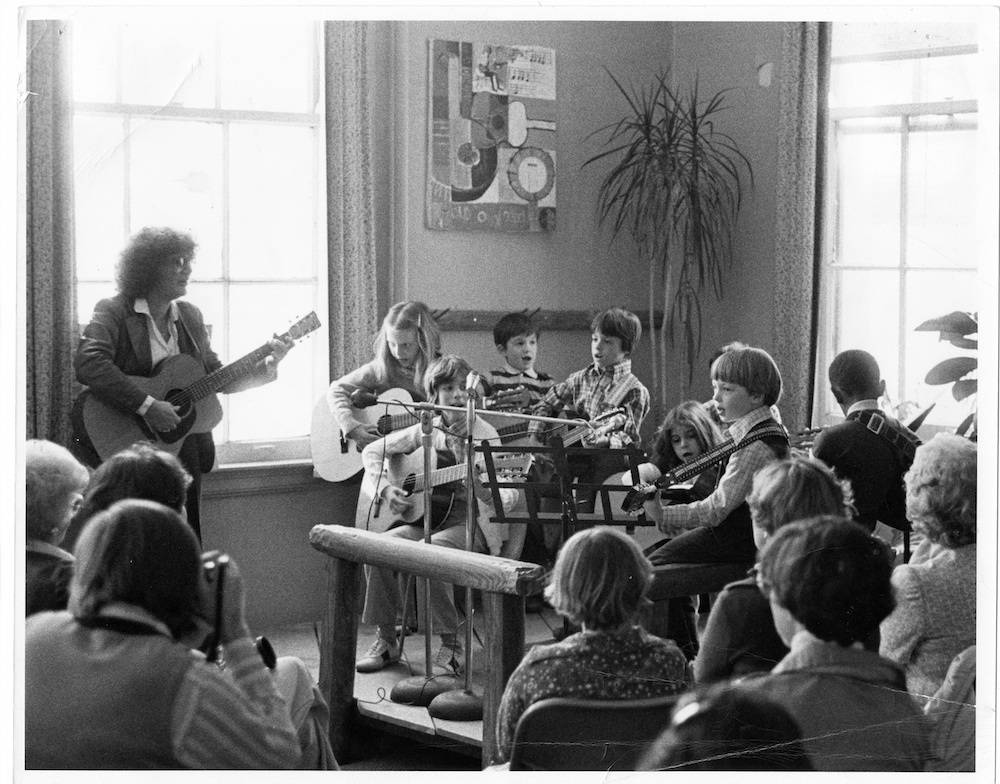 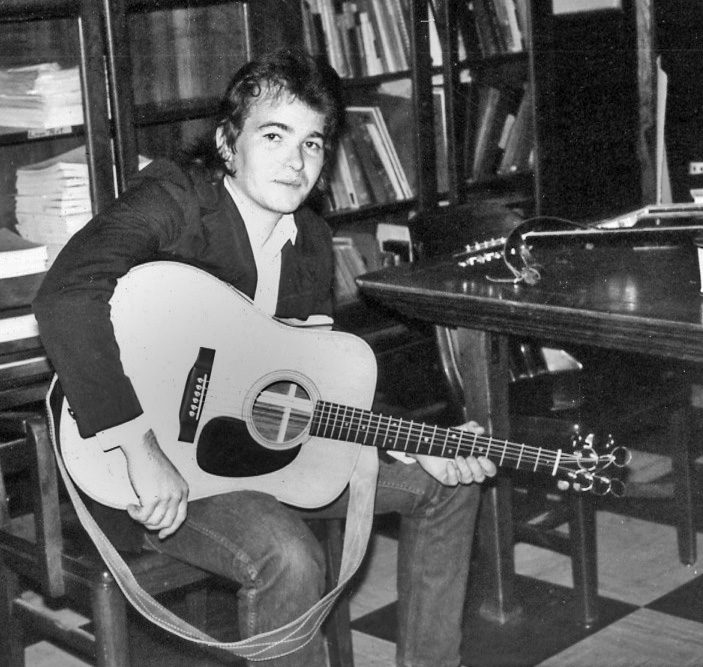 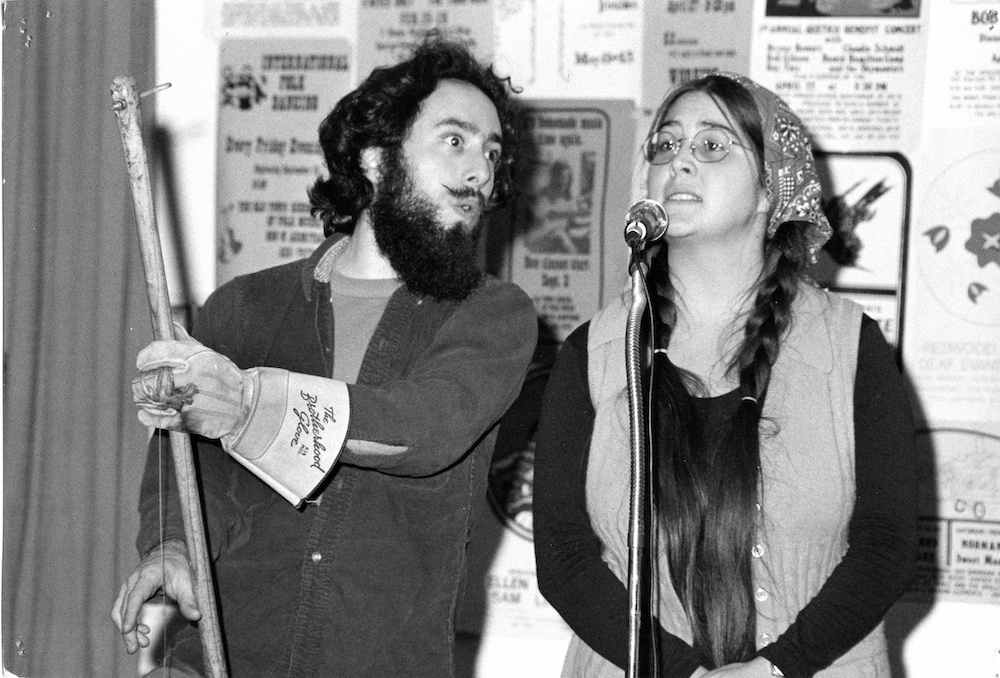 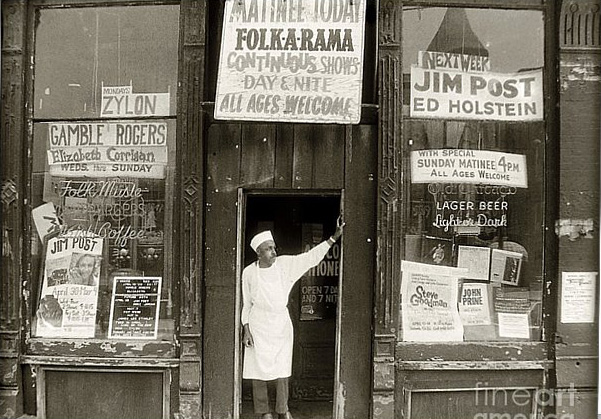 The Old Town School anchored a broader Chicago folk music scene that outlasted those of most American cities. “There was just all these little clubs opening up. ‘Cause there was nothing else going on in the rest of the country [in acoustic music] …. Folk music was considered almost passé,” Ed Holstein recalled. While larger folk music institutions around the country struggled after the popular "Folk Boom" ended in the mid-1960s, Chicago nurtured a uniquely vibrant, grassroots music community.

The Old Town School’s all-night parties were a legendary feature of the 1970s scene. They were hosted at least annually: the first commemorated the 100th anniversary of the Great Chicago Fire, and others marked Washington’s Birthday, the Last Blast in May, or any other reasonable excuse to drink all night. A dollar got you in. The school would be packed, with entertainment on all floors, loosely structured like an open mic, and the music really did go on all night. “Everybody who was playing at any club in town would come in for the all-night parties," Judy Hauff remembers. "It was great for the folkie lovers in town to come in and see everybody, from dusk till dawn.”

From the very beginning, Old Town School students and teachers socialized musically outside of class regularly. Judy Hauff remembers that on Thursday nights, a group would head over to a nearby bar for "after-hours pickin’ and grinnin’." Ray Tate or another accomplished performer and a backup band might open with some Bluegrass numbers. Others would then come up and try out things they’d prepared. "So there was a certain thoughtfulness to the programming of it," according to Ed Holstein. "It was fun, singing in front of your friends. And that was a big deal."

Throughout most of the 1960s, The Azteca had been the watering hole of choice, followed by the Saddle Club. Next door to the Old Town School’s original location, the Saddle Club was a “beer and shot joint," Ed recalled. "It smelled and looked like a saloon. Guys were falling down. The smoke was so thick in there, you could get secondary lung cancer…. When Win was around, singing—oh my God, he used to sing that song ‘Will You Go Lassie.’ And you could hear a pin drop.” The Thursday night folk music crowd stood out from the Saddle Club’s usual patrons. “You would see these people coming in who lived in Highland Park and Evanston—all over town—you know, with their banjos and guitars…. There must’ve been 150 people."

After the school moved to Armitage Ave., the Thursday night sessions shifted to The Fifth Peg, a short-lived nightclub opened by Ray Tate, John Carbo, and friends, and the place where John Prine launched his singer-songwriter career in 1969. The Old Town School crowd returned to the Saddle Club until 1975, when it, too, closed.

Other clubs provided venues for more professional folk music acts. After the legendary Gate of Horn closed in the mid-1960s, the Earl of Old Town began booking folk acts, a counter-intuitive time to move into the flagging acoustic folk music circuit. Earl Pionke, the club’s owner, said he simply couldn’t imagine Wells Street without folk music. His instincts were sound and the Earl of Old Town survived at the center of the Chicago scene until 1984.

Meanwhile, in Chicago, as elsewhere, the division grew within the folk music world between traditionalists (“traddies”) and contemporary singer-songwriters.

The traditionalists sought authenticity in historical and ethnic accuracy, and began to further fracture themselves into more specialized interest groups—such as old-time, blues, klezmer, Dixieland jazz. Singer-songwriters, meanwhile, found authenticity in self-expression and shared personal experience (albeit with a nostalgic bent). People of either mindset could find a home at the Old Town School, but some traditionalists found the umbrella too broad there, especially after the next leadership change.

By about 1980, however vibrant its little scene, the Old Town School was not making ends meet. Enrollment was dropping and funds were drying up. “It just seemed that the interest in folk music was really dwindling at that point.” Even rock music was moving away from guitar-based sounds to the digital, synthesized sounds and slick media production of the MTV era. At the same time, a national recession hit.

For years, the Old Town School had survived on tuition revenue alone and never pursued grant funding—very rare for a non-profit arts organization. But by 1981, enrollment was down to around 300 students per week, from more than 1000 just a few years earlier, and the school was almost $60,000 in the red. “The writing was on the wall, we needed money,” Ray Tate recalled. “And I’m not a fundraiser. I’m a musician. And I couldn’t do that. It was time for me to go." He resigned in 1982 and moved to Texas.

The Old Town School Board of Directors sought out a very different kind of leader in hiring the next executive director. Jim Hirsch taught at the school’s Skokie and later Evanston branch and had been successfully directing it for several years. A professional musician like his predecessors, Jim had the instincts of a businessman. He cared fervently about the Old Town School’s mission of accessibility, and saw the means in the tools of marketplace economics.

Various belt-tightening measures saved the school from disaster in the short run: selling a neighboring building and asking teachers to make sacrifices, fundraise, and even teach without pay.

Jim Hirsch immediately began applying to private and public foundations, with remarkable success. Within a couple of years, the school had secured grants from the McCormick Foundation, the MacArthur Foundation, the Illinois Arts Council, the Joyce Foundation, and the National Endowment for the Arts (NEA). These changes offered a chance to step back and reconsider who the Old Town School should serve. Jim and the Board felt that “the more narrowly you defined folk music, the less chance you ever had of making it successful.” Board member Kenton Morris told the Chicago Sun-Times, "[O]ur goal is the spirit of the ‘50s in the organization of the ‘80s."

Michael Miles, hired as Program Director in 1984, had an equally important influence on the Old Town School’s new direction. “Hirsch was a manager. Michael was the heart of the school, and the innovator,” teacher Skip Landt attests. Michael had been teaching banjo at the Old Town School, without being involved in the community, so came in with something of an outsider’s fresh perspective. He was explicitly charged with re-designing and coordinating the curriculum.

Although Frank Hamilton’s method for group teaching, including the tradition of the Second Half, was still intact, the course offerings had dwindled to only guitar, harmonica, and banjo, and needed an overarching educational vision. Over the next few years, voice, percussion, fiddle, and early childhood classes were added. Scheduling was adjusted so that two classes could be offered per evening, and “repertoire” classes were interpolated between each guitar level, as a strategy to keep students motivated and learning even if they were not technically ready to advance. This curricular structure is still in place.

The new curriculum went hand in hand with a doubling of the student body between 1984 and 1987, and a streamlined scholarship program ensured that no one would be turned away for inability to pay. Although Michael Miles recommitted the school to hiring working Chicago musicians, like Win Stracke and Ray Tate before him, he also recognized that hiring from within nurtured continuity in the community.

Both Mark Dvorak and Skip Landt, for example, who both began taking classes in the late 1970s, were hired as teachers in the mid-1980s, and remain on the staff today, anchors of the folk guitar and harmonica cohorts. Miles took a cooperative approach to managing the teachers, and “spent a lot of time working with teachers, and creating workshops for teachers to get better at what they do," he recalled in 2005. "[We] just had to get the right people sitting at the table and ask them the right questions. And there was kind of no limit to what we could do.”