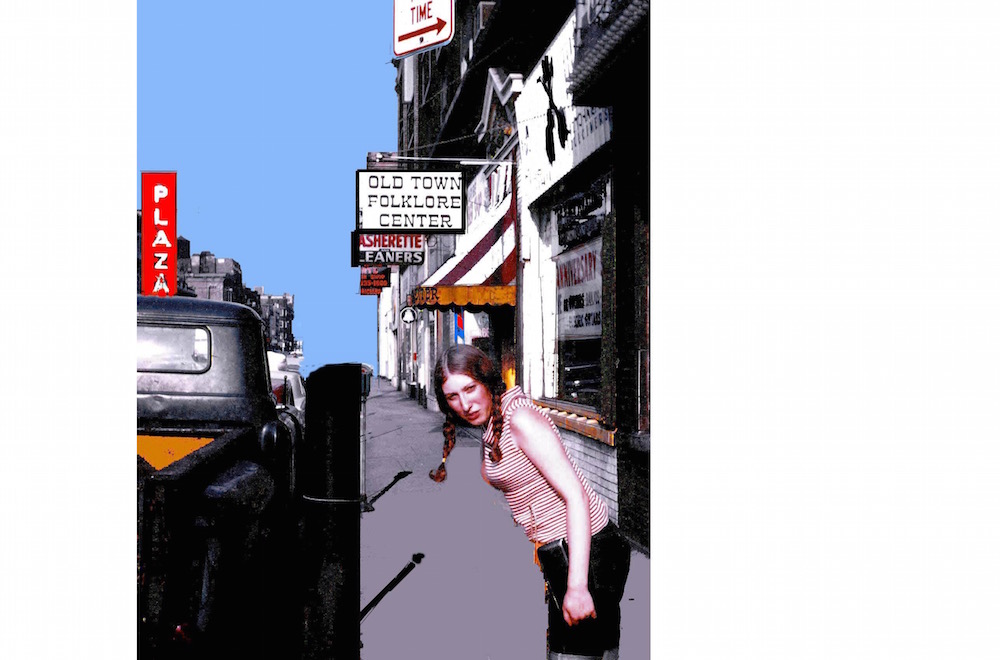 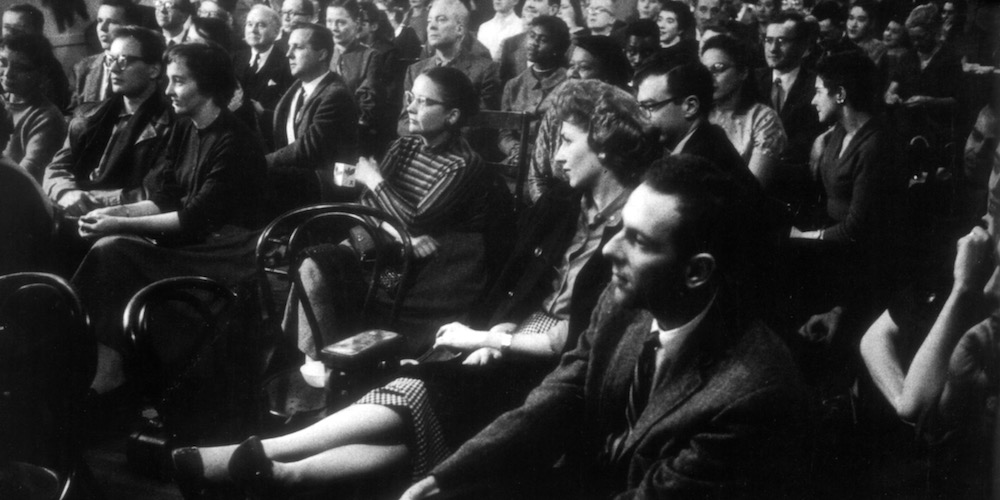 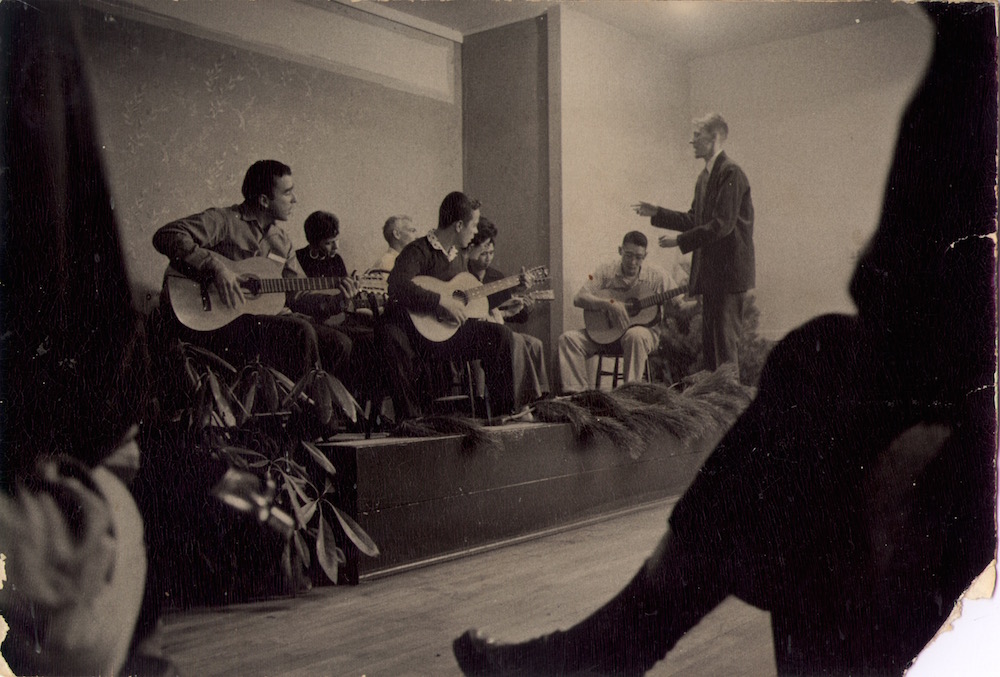 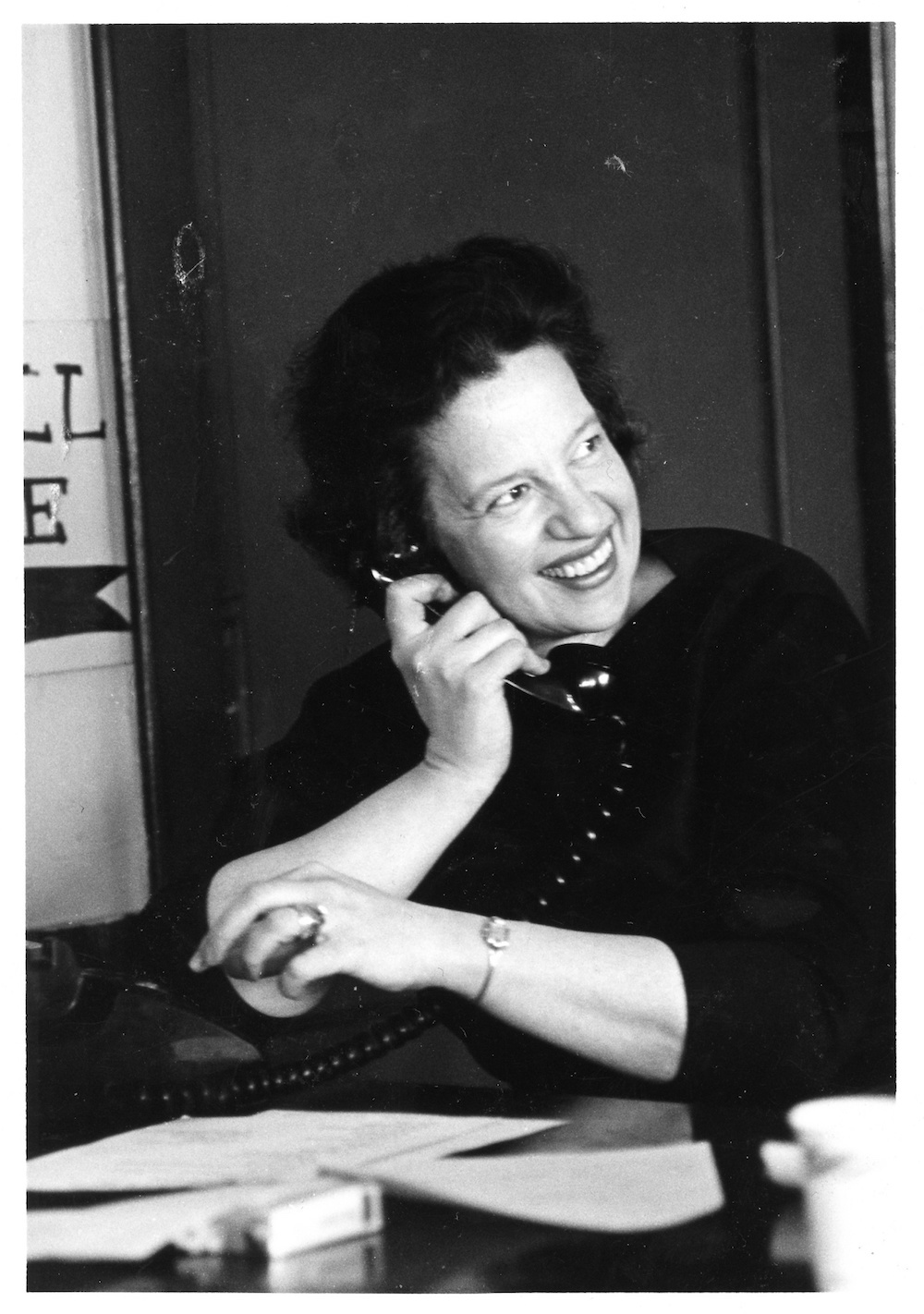 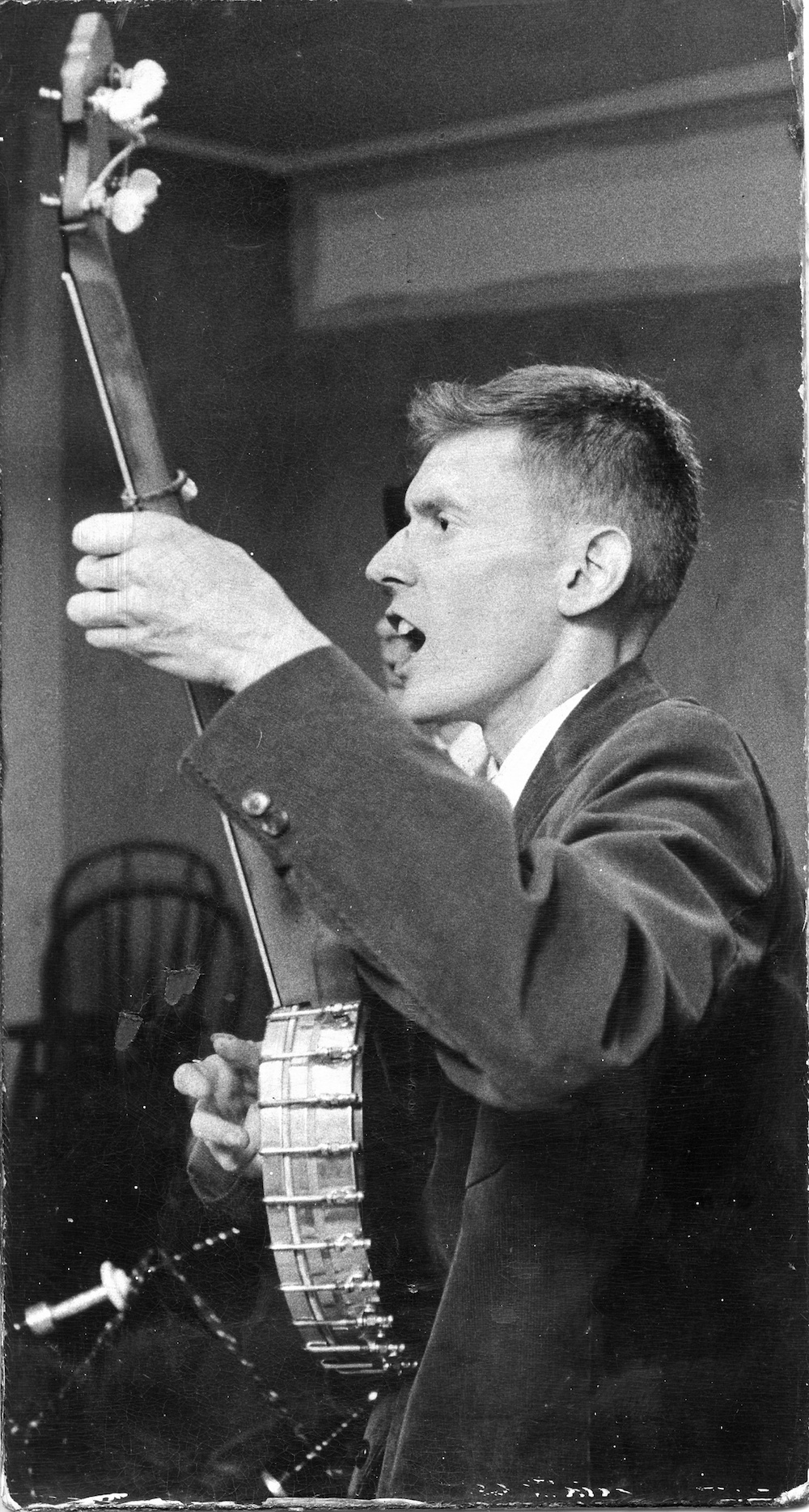 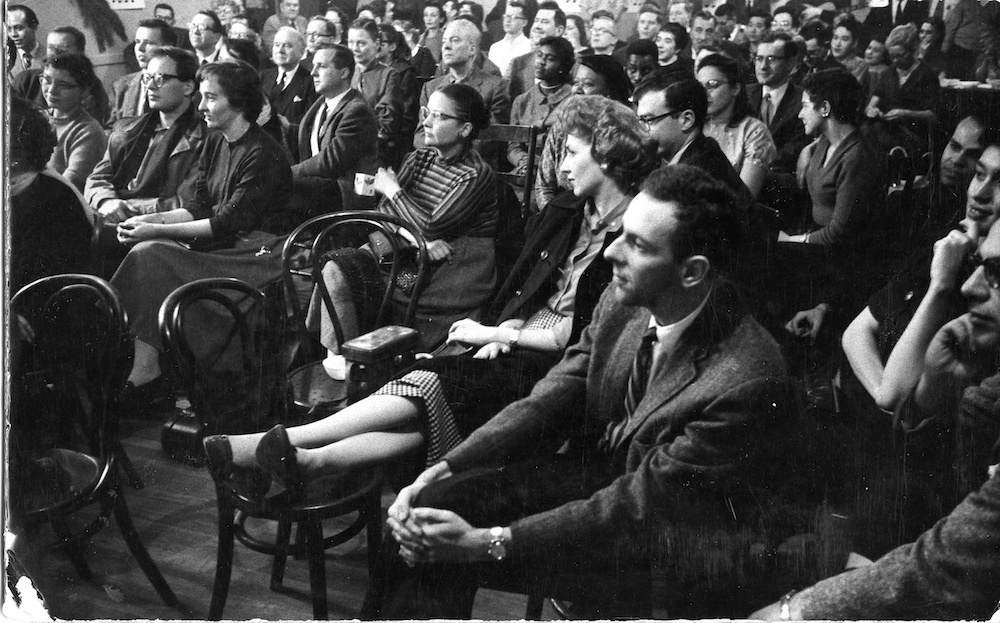 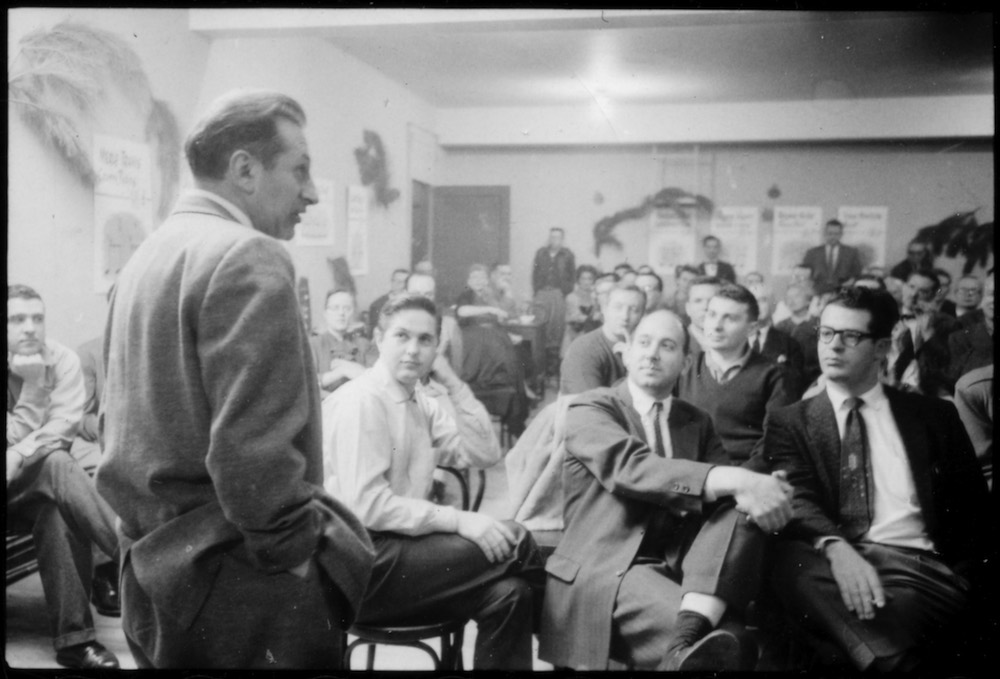 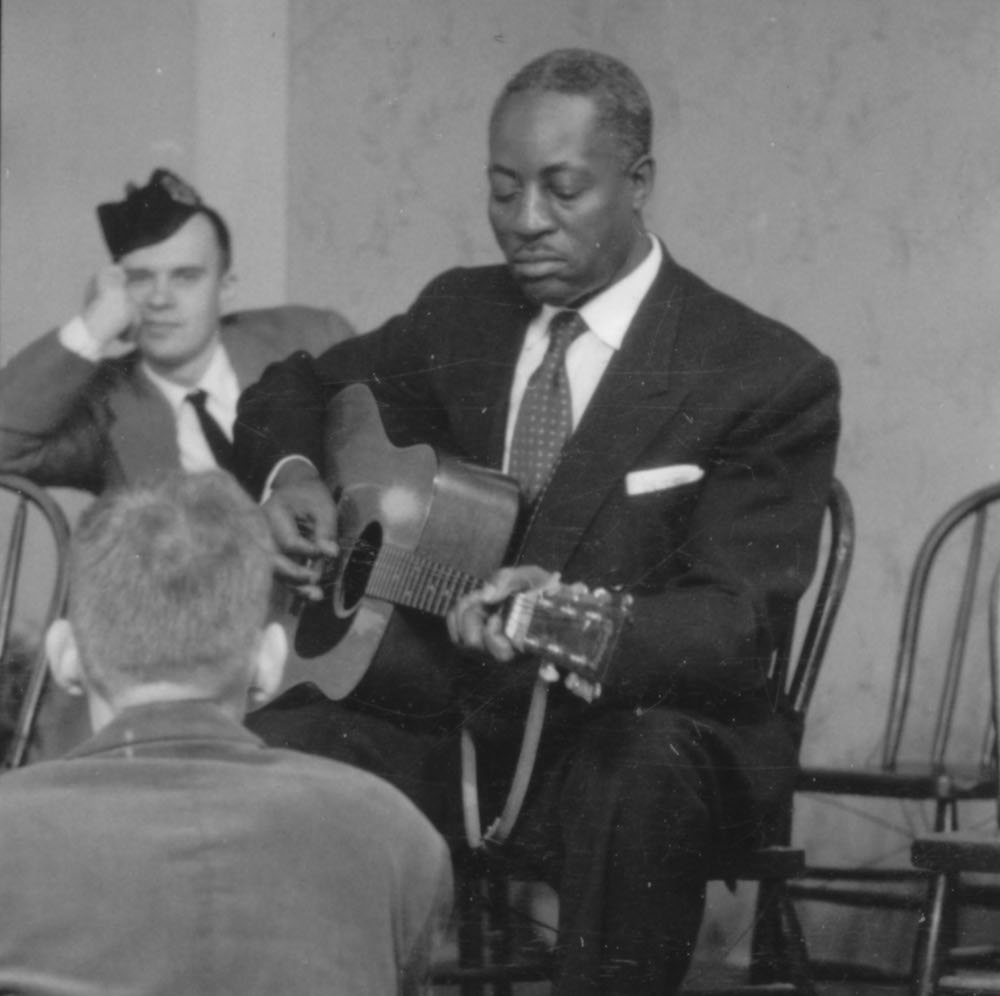 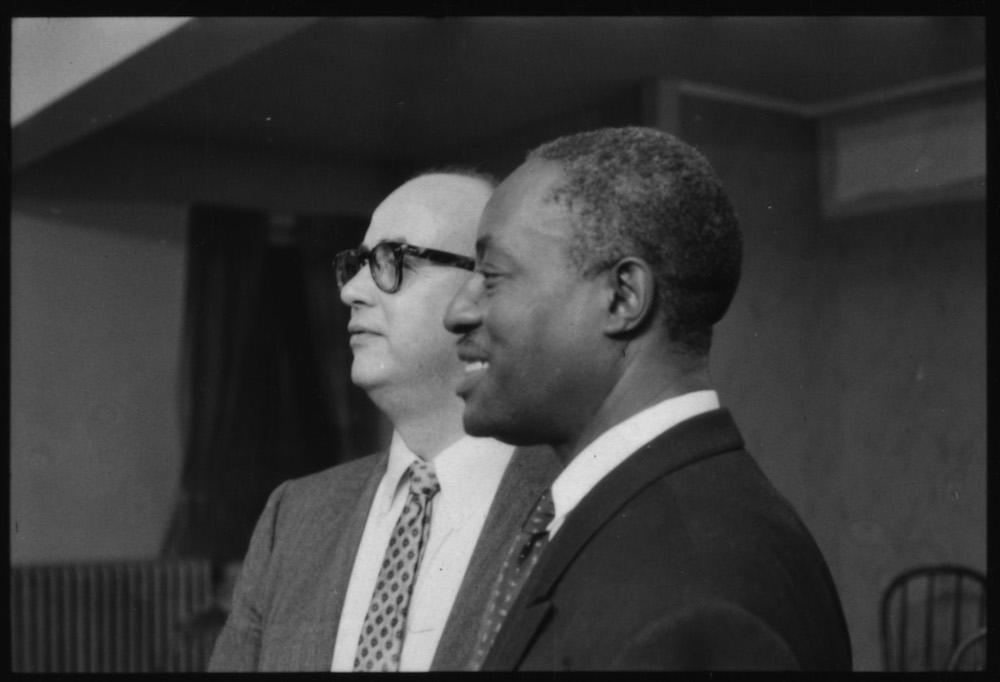 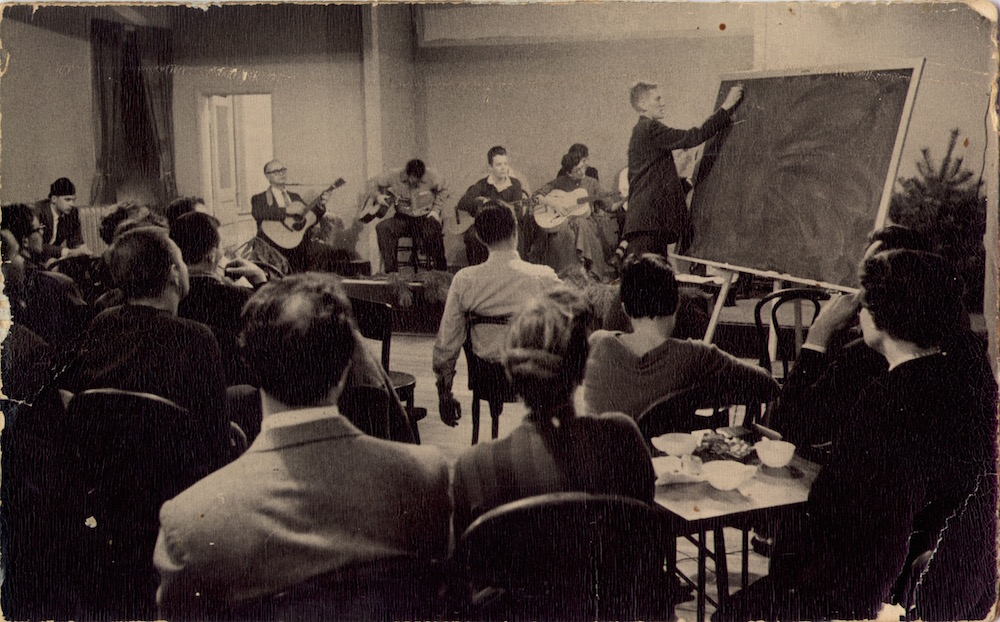 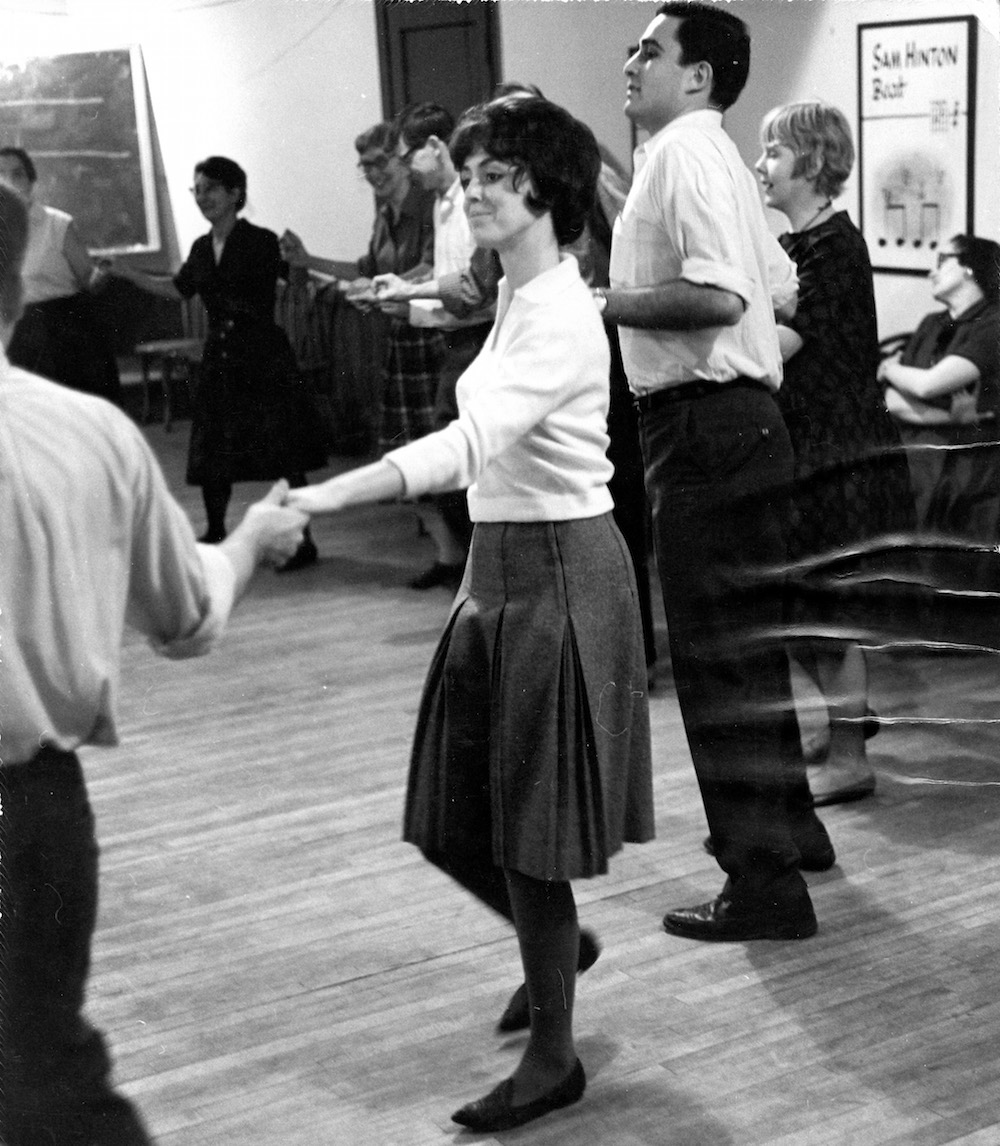 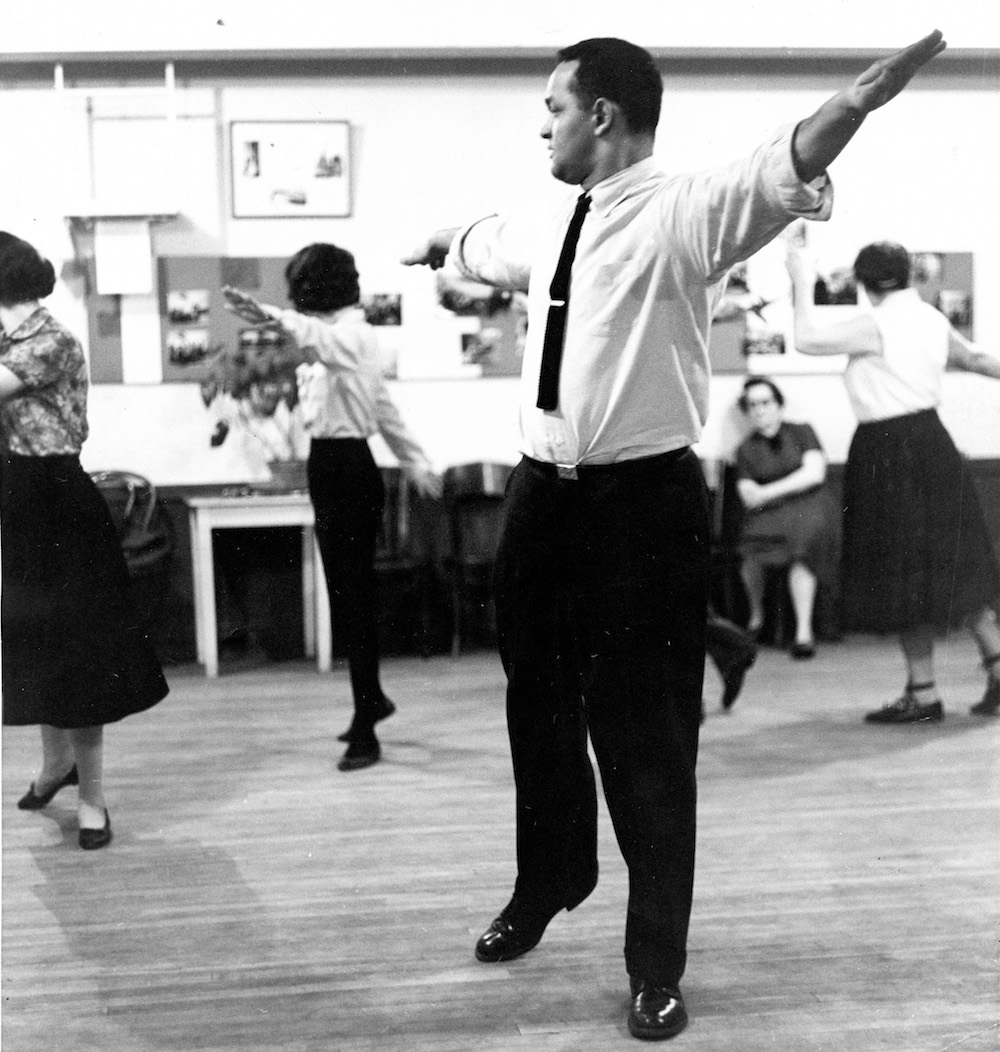 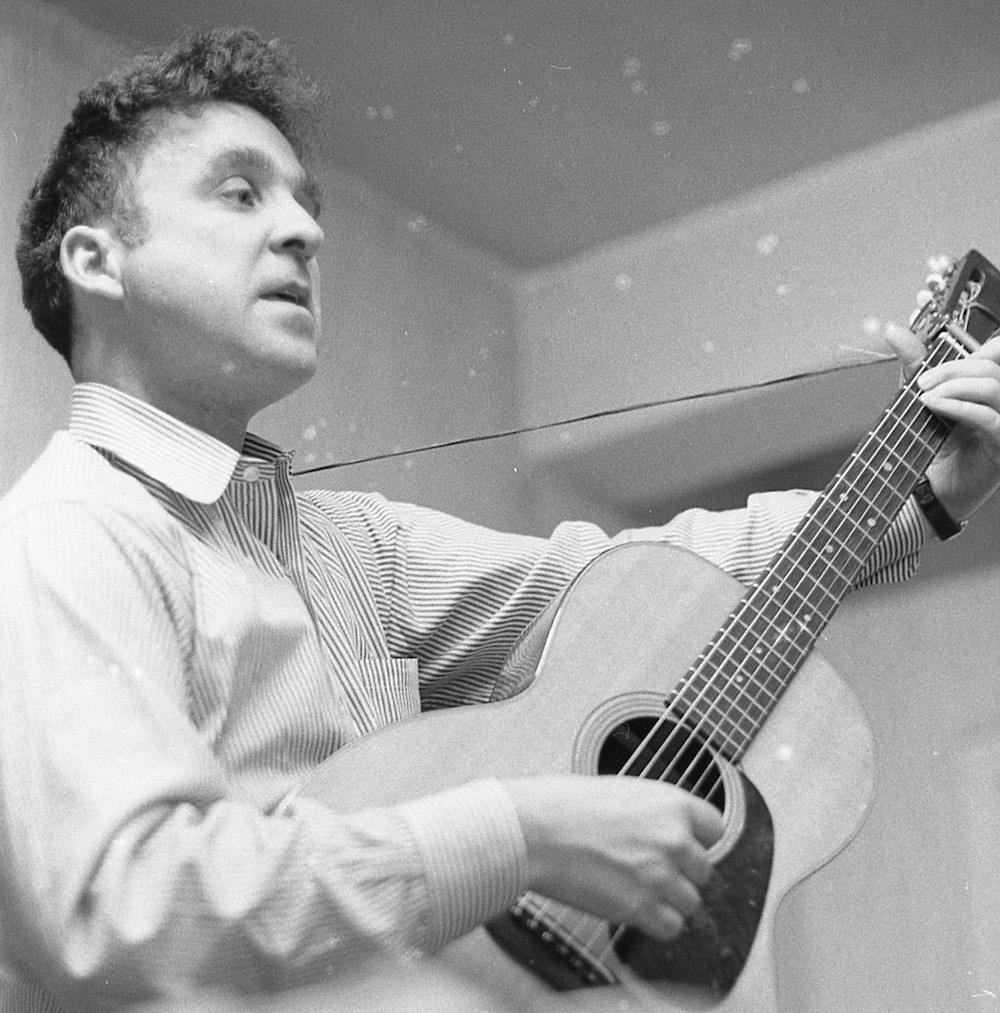 On the evening of Friday, November 29, 1957 (though there’s some dispute about the date), several hundred people streamed into the old Immigrant Bank building at 333 W. North Avenue in Chicago’s Old Town neighborhood.

“Media folk, mid-1950s Chicago literati and cognoscenti, plus a colorful cross-section of the emerging Midwest folk scene, then groupies, hootenanny veterans, Gate of Horn hangers-on, the assorted Chi-town and Forty-Third Ward characters…everybody from Studs Terkel to Paddy Bauler” were there, remembered Ted Johnson, who was there himself. George Armstrong’s bagpipes, in what would become an indispensable tradition, launched the evening, and so began the Old Town School of Folk Music.

Win Stracke (beloved to Chicago radio and TV audiences as “Uncle Win”) welcomed everyone. In what he later called “a burst of overconfidence,” he introduced “the first permanent school of folk music in the United States.” The school was a collective effort. Win had the idea, the capital, and the rental space.

Gertrude Soltker, a friend of Win and Studs’ from their labor theatre days in the 1930s and an experienced administrator, managed the finances and paperwork.

Dawn Greening had hosted Frank’s first Chicago guitar class in her living room and continued as a social organizer for the school community.

And Big Bill Broonzy, a long-time friend and colleague of Win’s and Studs, lent his stature as a Chicago blues legend during the last year of his life, his memory honored by the school ever since.

Opening night included Frank’s demonstration of his group teaching method, in which he coached his original living room students through "The Sloop John-B" for the audience, and of course concluded with a group sing. But the highlight was when Big Bill “performed one of his blues and, on the spot, Frank reproduced Bill’s intricate and distinctive right hand style in written tablature on a blackboard and then proceeded to play the guitar in a fairly exact rendition” and then taught the group to play it as well. It was oral transmission, distilled into a few minutes.

Frank described his and Win’s original concept of the Old Town School as “a musical democracy,” where everyone could participate, and all participants were equally valued. They wanted to offer an alternative to both pop music and to formal, classical training, something neither commercially corrupted nor elitist, a musical experience accessible to all.

Tuition was low, students did not need to be able to read music or have any previous musical training, and the message was always “anyone can learn to play”—at least enough for self-expression and a good time.

The school grew fast. As early as February 1958, The Chicago Daily News reported 160 students already enrolled, with 200 more showing up for informal “sings.” As the student body grew, so did the faculty and the offerings. The second teacher to join was Ted Johnson, still active today at OTSFM. Soon, there were 4 guitar classes a week, plus an international folk dancing class and a banjo class. By 1963, there were 16 teachers on staff—10 teaching guitar and 6, banjo. Other instruments and special styles were offered intermittently.

A typical evening in the Old Town School’s early years began with students divided by skill level. “My approach,” Frank remembered years later, “was to work out problems on the spot…. I would look at the situation, a room full of people, and pretty quickly try to assess where they were in their educational development in music, and I would teach to that.”

Each evening after group instruction and a coffee break, Second Half would begin. This tradition, unique to the Old Town School and still in place today, was invented by Frank. Everyone would assemble in one room and play and sing some songs together, each student playing what their skill level would allow. Frank recalled: “We’d try to integrate the various components of musical ensemble playing: bass line, harmonic line, melodic line, fills…learning how to tailor things so a vocal can be heard—using a vocal as the lead instrument, how to support a lead instrument— either a voice or another instrument.”

Beyond local inclusivity, the founding community also believed in equality among world peoples, and sought to create a “a miniature musical United Nations."

They pursued their idealistic dreams of world unity and peace in concrete, local ways. Frank and Ted sought out master musicians from various ethnic neighborhoods in Chicago, and performers representing traditions from around the world performed concerts and shared songs at Second Half. Frank also recorded an album of international songs with fellow OTSFM teacher Valucha deCastro, who was Brazilian.

The Old Town School continued to grow throughout the 1960s. There were usually several hundred students enrolled at any given time, with a couple dozen teachers, and over 100 performers from every corner of the folk music world had performed at the school by the time of its 10th anniversary in 1967. A celebration was held then, for which Win Stracke wrote an engaging history of the school: “Biography of a Hunch.”

That same year, the Immigrant Bank building was slated for demolition. By then, however, the Old Town School was financially stable enough to purchase its own building, in a Lincoln Park neighborhood to the north.