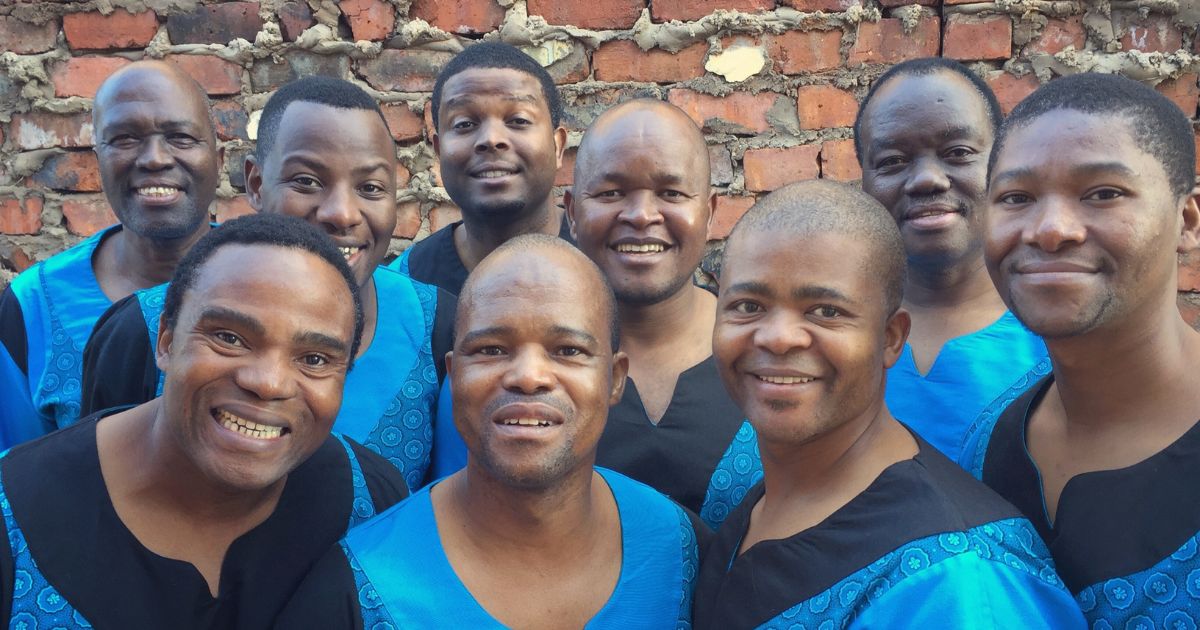 South Africa's five time GRAMMY Award winning singing group, Ladysmith Black Mambazo, was founded in the early 1960s by Joseph Shabalala, then a teenage Zulu farm boy living on the lands just outside the small town of Ladysmith. In naming the group, Joseph used his hometown to honor his family history. The word Black is reference to the black oxen, the strongest of the farm animals he worked with, so to announce the strength of the group's vocal singing. Mambazo is the Zulu word for chopping axe, a symbol of the group's vocal ability.

A radio broadcast of a Ladysmith Black Mambazo concert, in 1970, opened the door to their first record contract, the beginning of a recording career that includes over seventy albums, earning nineteen GRAMMY Award nominations and those five GRAMMY Award wins, more than any other World Music group.

Apartheid, the South African social system forced upon the country's black majority to keep the white minority government in power, was a dividing force in many ways. The musicians and artists of South Africa took two paths of protest. Some sang songs with powerful messages of revolution against the horrors of apartheid. Others, led by Ladysmith Black Mambazo, followed a path of peaceful protest through songs of hope and love. When Nelson Mandela was released from prison, in 1990, he stated that Ladysmith Black Mambazo's music was a powerful message of peace that he listened to while in jail. When Mandela was awarded the Nobel Peace Prize, in 1993, he asked the group to join him at the ceremony in Oslo. It was Mandela who called Ladysmith Black Mambazo “South Africa's Cultural Ambassadors to the World.”

The group sings from a traditional music style called isicathamiya (is-cot-a-ME-Ya), which developed in the mines of South Africa. It was there that black workers were taken to work far away from their homes and families. Poorly housed and paid, the mine workers would entertain themselves after a six-day week by singing songs into the wee hours on Sunday morning. When the miners returned to their homes, this musical tradition returned with them.

During the 1970's Ladysmith Black Mambazo established themselves as the most successful music group in South Africa. In the mid-1980s, American singer/songwriter Paul Simon famously visited South Africa and incorporated the group's rich harmonies into the famous Graceland album (1986) – a landmark recording considered seminal in introducing World Music to mainstream audiences.

In addition to their work with Paul Simon, the group has recorded with Stevie Wonder, Dolly Parton, Sarah McLachlan, Josh Groban, Emmylou Harris and many others. They have provided music for many movies, have appeared on Broadway and even had a documentary film, On Tip Toe: The Story of Ladysmith Black Mambazo, nominated for an Academy Award.

Joseph Shabalala retired in 2014 (and passed away in 2020), handing the group leadership to his four sons, Thulani, Msizi, Sibongiseni and Thamsanqa. In their hands and with their voices, the future of the group is assured to continue for years to come. Ladysmith Black Mambazo carries a message of Peace, Love and Harmony as they travel the world year after year. They bring this message, in song and dance, to every theater they perform in. We hope you will join them as they spread their message.