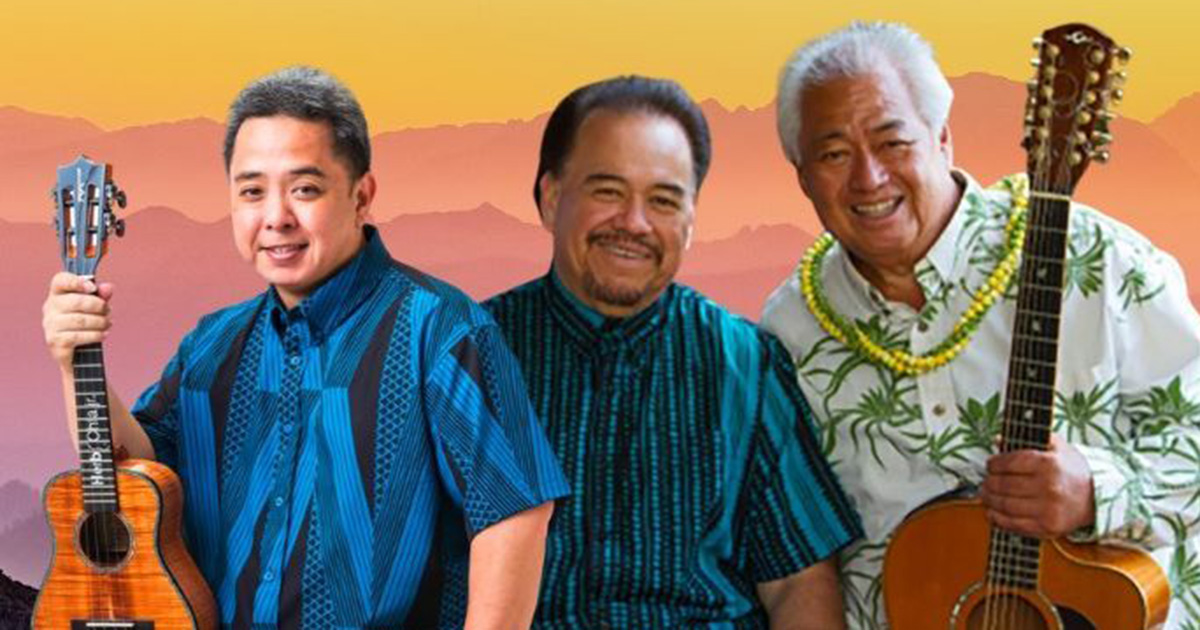 Three Masters, featured regularly at Maui's renowned "Slack Key Show” share the uniquely Hawaiian styles of slack key guitar and ‘ukulele, with origins in the early 19th century when Portuguese immigrants introduced the ‘ukulele to Hawai‘i and Mexican cowboys brought guitars along with their ranching knowledge. Ever since, Hawaiians have made these instruments their own.

Slack Key Guitarist, Lap Steel Guitarist, vocalist, songwriter, and producer, Sonny Lim developed his guitar and vocal styles performing with his famous Lim Family of the Big Island. He was also one of the early members of the renowned Makaha Sons of Ni‘ihau for whom he played lap steel guitar beginning at age 15. He performed on the first Grammy-winning CD in Hawaiian music, and has won multiple Na Hoku Awards on his solo albums.

‘Ukulele virtuoso Herb Ohta Jr's natural talent, knowledge, technique, and speed are unsurpassed. Herb's versatility and ability to adapt to the changing times will captivate you, the listener, and transport you.