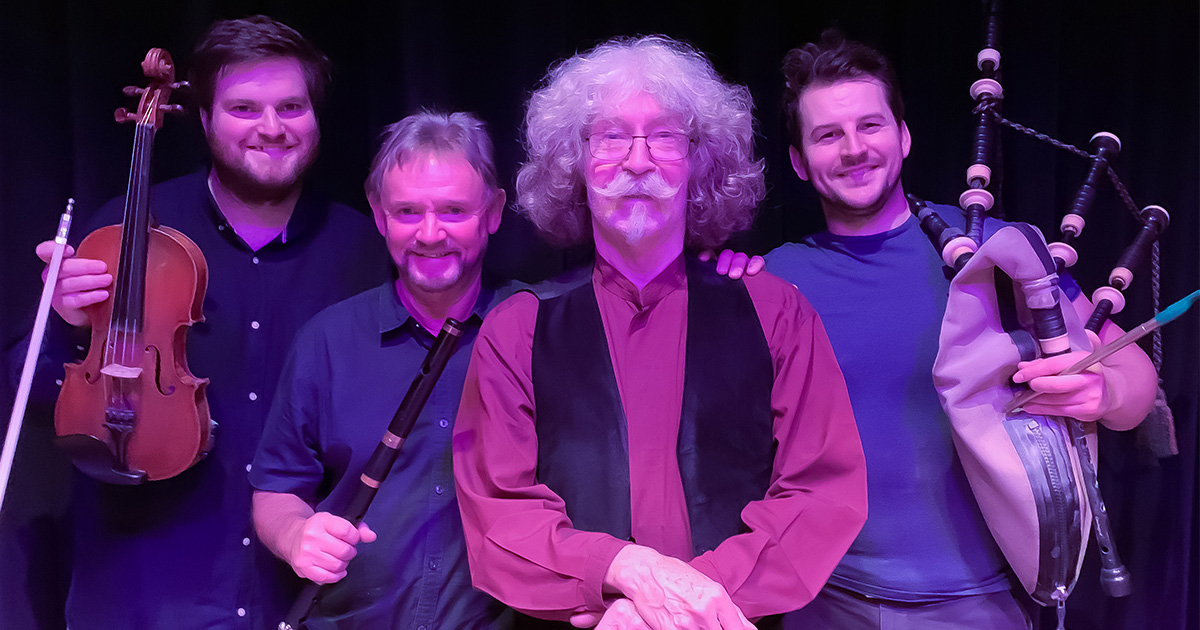 Traditional Celtic music at its best! With fire-driven instrumentals, topical songs, haunting ballads and a good dose of humor, the Tannahill Weavers have transformed traditional material and brought it into the modern world, vitally alive and kicking.

Members of the Scottish Traditional Music Hall of Fame, in 2019 the Tannahill Weavers were nominated for Folk Album of the Year and Folk Band of the Year in Scotland. Recently they have been joined by piper Iain MacGillivray, who has worked recently on such exciting productions as Outlander and Men in Kilts, and has performed for a huge list of stars and dignitaries in recent years.

"The music may be pure old time Celtic, but the drive and enthusiasm are akin to straight ahead rock and roll." -Winnipeg Free Press "An especially eloquent mixture of the old and the new." - New York Times