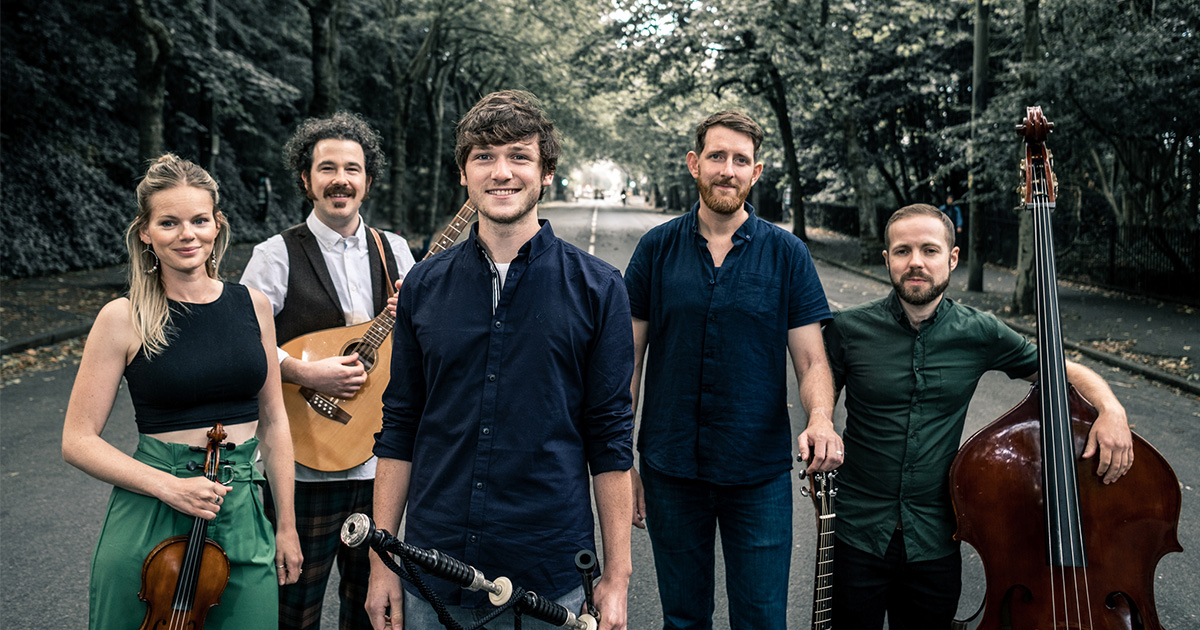 Securely ranked among Scotland's most skilled and imaginative contemporary folk acts, Breabach unite deep roots in Highland and Island tradition with the innovative musical ferment of their Glasgow base. Their 17 year adventure has included live performances from Sydney Opera House to Central Park NY. They have racked up an impressive array of accolades including five Scots Trad Music Awards, nominations as ‘Best Group' in the BBC Radio 2 Folk Awards and ‘European Album of the Year' in The Songlines Music Awards.

Breabach are; Megan Henderson (fiddle, vocals, step dance), James Lindsay (double bass, vocals), Calum MacCrimmon (bagpipes, whistle, bouzouki, vocals), Conal McDonagh (bagpipes, whistle, vocals) and Ewan Robertson (guitar, vocals, cajon). Acknowledging and respecting the origins of both the music they play and the roots of the band whilst embracing the future with new ideas, energy and belief is a key attribute of the band and has remained a constant theme throughout their 17 years.

“Breabach are in an electrifying new phase – one that illustrates the band's strength and interest in experimentation. Exhilarating, energetic and accomplished” - Songlines