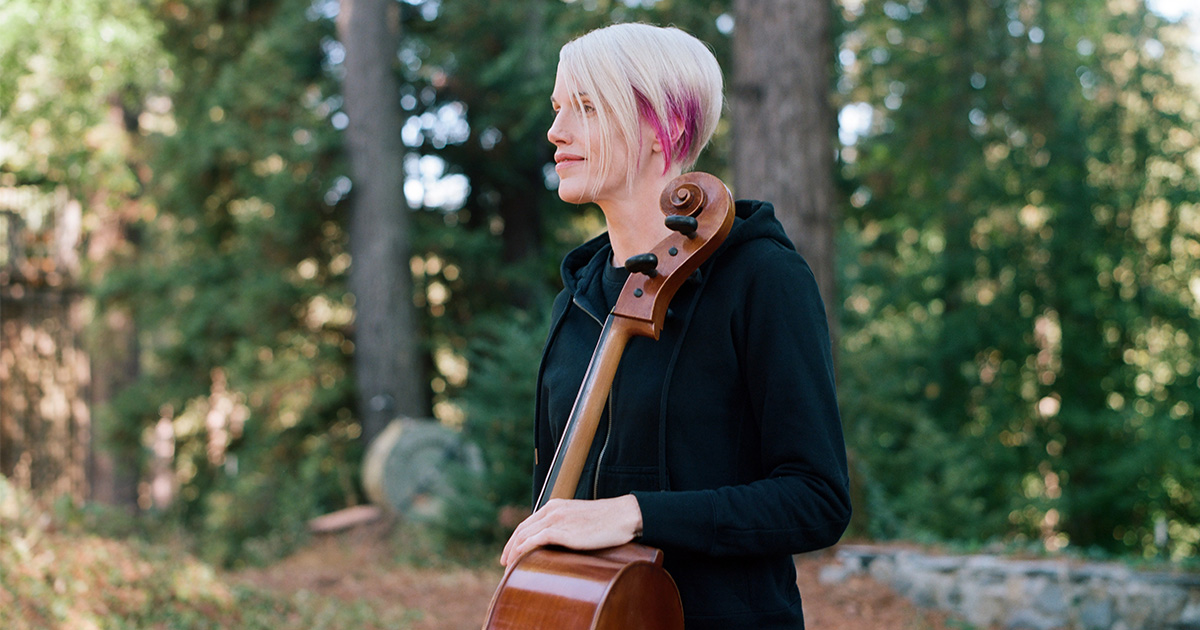 Composer and performer Zoë Keating has spent the last 20 years exploring the landscape of sounds a string instrument can make. She coaxes sounds out of the very edges of her cello, adeptly layering them into “swoon inducing” (San Francisco Weekly) music that is unclassifiable yet “a distinctive mix of old and new” (National Public Radio). She is known for her use of technology – which she uses to record and sample her cello onstage and in the studio – and for her DIY approach – composing, recording and producing her works on her own terms, without the help of a record label.

Born in Canada to British and American parents, Keating started playing the cello when she was eight and went on to pursue electronic music and contemporary composition as part of her Liberal Arts studies at Sarah Lawrence College. After graduation she moved to San Francisco and built a career as an information architect and data analyst while moonlighting as a cellist in rock bands. Keating eventually combined her love of music and technology, using a computer to live-layer her cello and performing for late-night parties in the San Francisco warehouse in which she lived.

Keating's recorded works have achieved a surprising degree of popular ubiquity for a DIY artist. Her self-produced albums have several times reached #1 on the iTunes classical charts and spent many months on the Billboard classical charts. Her recordings are used as bumper music for NPR's Morning Edition, as the theme music to OnBeing, as the thinking- music of the Sherlock Holmes character on CBS Elementary, in countless documentaries and in tens of thousands of online videos of everything from professional and amateur dance performances to rock climbing and gaming videos.

Keating also composes for TV, theater, film and dance. She co-composed, along with Jeff Russo, the score for the HBO movie “Oslo”, which earned them an Emmy Nomination in 2021 for Outstanding Music for a Television Movie. In addition to her recordings, Keating performs to rapt audiences around the world. Each performance is unique as she spontaneously improvises around her works, demonstrates how she makes them and tells the stories behind each piece.

A vocal advocate for the rights of artists and creators, Keating writes and speaks often about copyright and the mechanics of the music industry economy. She was elected a governor of the San Francisco chapter of the Recording Academy, named a Young Global Leader by the World Economic Forum and served as a boardmember of CASH Music, a nonprofit organization that built open source digital tools for musicians and labels.

In 2014, Zoë's husband Jeffrey Rusch, who founded the arts warehouse where they lived and where she started her music career, was diagnosed with stage IV cancer. While she halted her music career to care for him and their then four-year old son, their struggles with health care and insurance became a new subject of her blog. Following Jeff's death in 2015, Zoë continued to advocate for patients, data portability and the simplification of medical insurance, culminating in a meeting with President Obama in October of 2016.

Zoë lives in Burlington, VT and is working on a new album.

"…a distinctive mix of old and new -- layers of sound, that feel more like orchestrations than a solo instrument. “ - National Public Radio