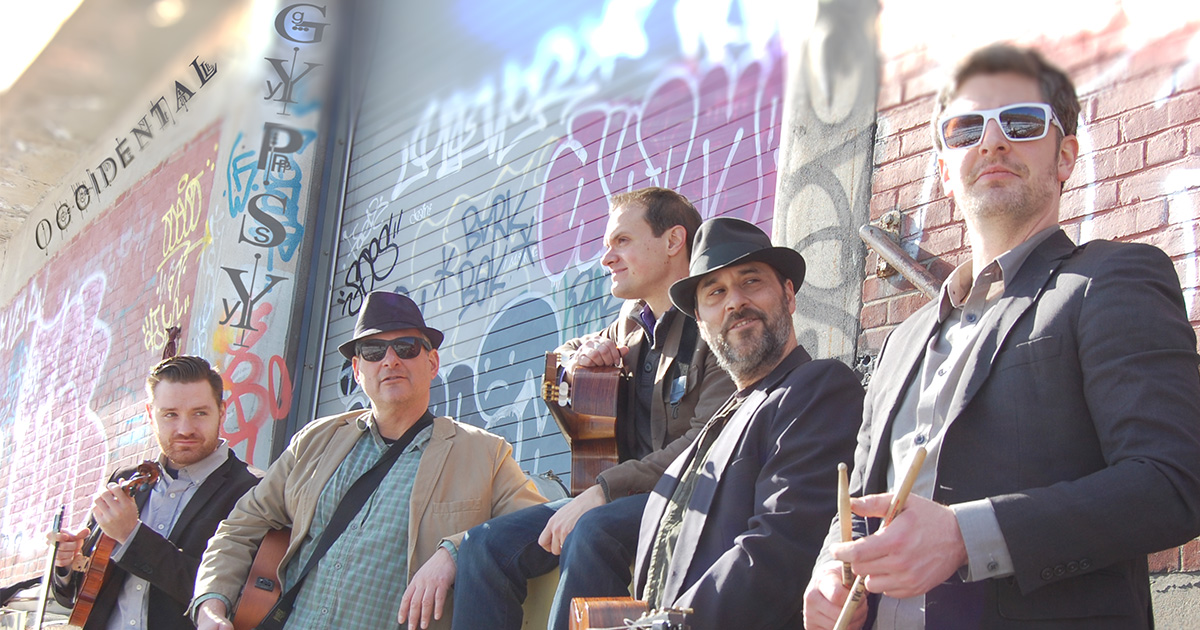 Hailing from New England, Occidental Gypsy plays a dynamic, multi-genre mix of original vocal and instrumental pieces. They are a nationally touring acoustic act championed by critics and fans here and overseas. “OG” has played to packed houses at the legendary Nighttown in Cleveland, Green Mill in Chicago, Jazz Kitchen in Indianapolis, World Cafe Live, Old Town School of Folk Music in Chicago, Bluebird Cafe in Nashville, The Ark in Ann Arbor, the Blue Wisp in Cincinnati and many others.

“Éirresistible, a virtual definition of an era when jazz was often described as “hot” music. Occidental Gypsy's rhythm section, usually driven by the surging rhythm guitar of Brett Feldman, hit one irresistible rhythmic groove after another.” - L.A. Times