Life Is A Merry-Go-Round Tour 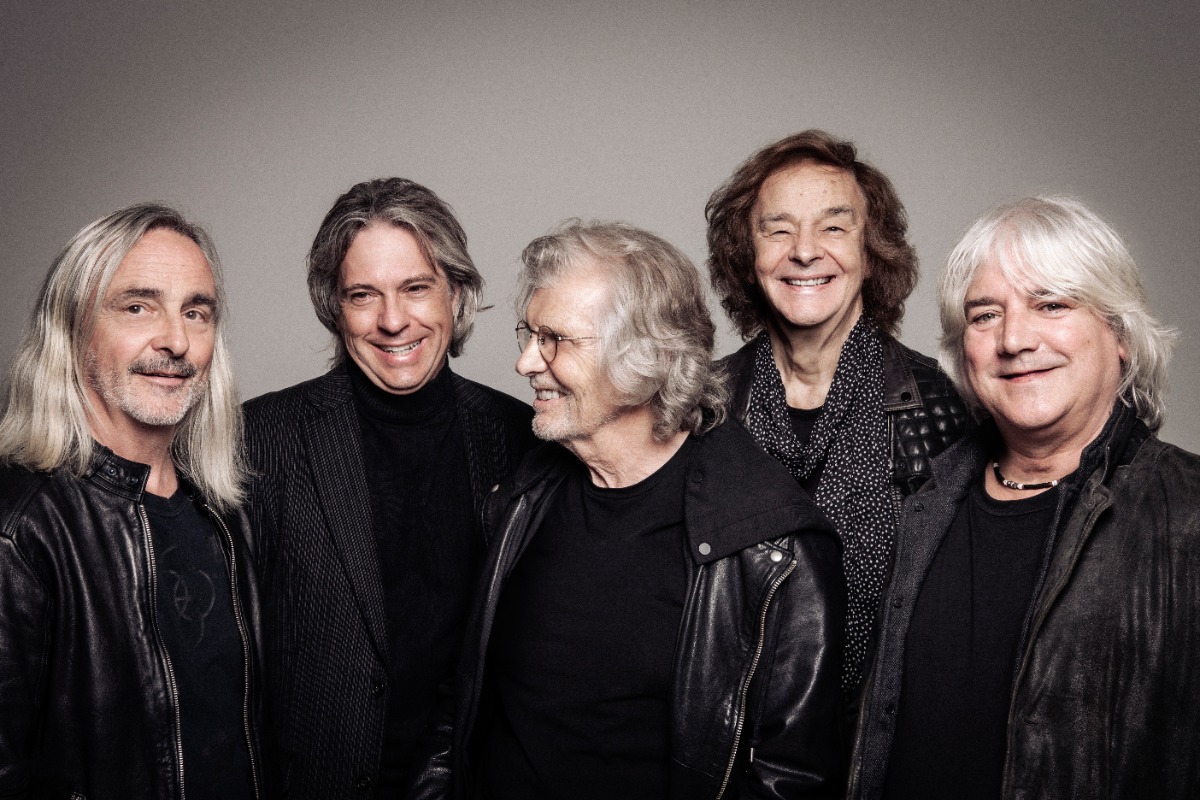 Iconic British psychedelic pop legends The Zombies are back to celebrate their long-awaited Induction into The Rock & Roll Hall of Fame, with a new album in the works and their 2022 “Life Is A Merry-Go-Round” Tour.

After receiving their 4th nomination in 5 years, the support for The Zombies' induction among the public and their peers was undeniable - the band placed 4th in the public online poll with over 330,000 votes, while even fellow nominee John Prine called for their induction before his own in a Billboard interview. On March 29, 2019 at Brooklyn's Barclays Center, The Zombies joined Stevie Nicks, Radiohead, The Cure, Def Leppard, Janet Jackson, and Roxy Music as the 2019 Class of The Rock & Roll Hall of Fame. Fittingly, the Induction Ceremony took place exactly 50 years to-the-day after The Zombies' classic “Time of the Season” first hit #1 on the charts in America.

Never content to only look back, The Zombies spent the Pandemic touring-hiatus in the studio recording the follow-up to their 2015 Billboard-charting album, Still Got That Hunger. The title for their 2022 tour - “Life Is A Merry-Go-Round” - is a lyric from one of the new songs, but is also a fitting description of the dizzying effect the past 2 years have had on the world. The band exclusively debuted several of the new songs in their only live concert of 2021, broadcast around the world in September from the legendary Abbey Road Studio 2 in London. Led by founding members, vocalist Colin Blunstone and keyboardist Rod Argent, The Zombies' 21st-Century line-up features Steve Rodford on drums, renowned session guitarist Tom Toomey, and the newest member, Søren Koch, who joined the band following the untimely passing of their beloved bassist Jim Rodford (formerly of ARGENT and The Kinks) in early 2018.

The band's live performances, described by Rolling Stone as “absolutely triumphant”, take fans on a journey through time, from their early hits…their 1968 masterpiece Odessey & Oracle…post-Zombies solo favorites…right to today with brand-new material from their forthcoming album.

The second U.K. band following the Beatles to score a #1 hit in America, The Zombies infiltrated the airwaves with the sophisticated melodies, breathy vocals, choral back-up harmonies and jazzy keyboard riffs of their 1960's hit singles “She's Not There” and “Tell Her No.” Ironically, the group broke-up just prior to achieving their greatest success – the worldwide chart-topping single “Time of the Season,” from their swan-song album Odessey & Oracle, ranked #100 in Rolling Stone's ‘500 Greatest Albums of All Time.' To this day, generations of new bands have cited The Zombies' work as pop touchstones, and the band continues to be embraced by new generations of fans.

Following the break-up of the original band, lead vocalist Colin Blunstone went on to develop an acclaimed solo career (with hits including "Say You Don't Mind," "What Becomes of the Brokenhearted", and “Old & Wise” with Alan Parsons Project) and keyboardist/songwriter Rod Argent rocked ‘70's arenas with his eponymous band ARGENT (“Hold Your Head Up,” “God Gave Rock ‘n' Roll To You”), but the legend of The Zombies continued to take on a life of its own. By the start of the new Millennium, Blunstone and Argent were inspired to resurrect The Zombies.

The explosive release of Still Got That Hunger proved that Zombies fever is stronger than ever, with premieres at Rolling Stone, Mojo, The Wall Street Journal, The Guardian Speakeasy, and Spin, alongside special broadcast performances, including Later…With Jools Holland, The Tonight Show with Jimmy Fallon, Conan, The Late Show With Stephen Colbert, CBS Saturday Morning and AOL Sessions. Moreover, it marked a historical moment on the Billboard charts, as The Zombies' critically acclaimed album Odessey And Oracle re-entered the Billboard 100 forty-eight years later at the same time as Still Got That Hunger!

The band's 2019 Rock & Roll Hall of Fame Induction marked a major triumph in their 5-decade career, but you can be sure they will not rest on their laurels. The Zombies story continues on…! 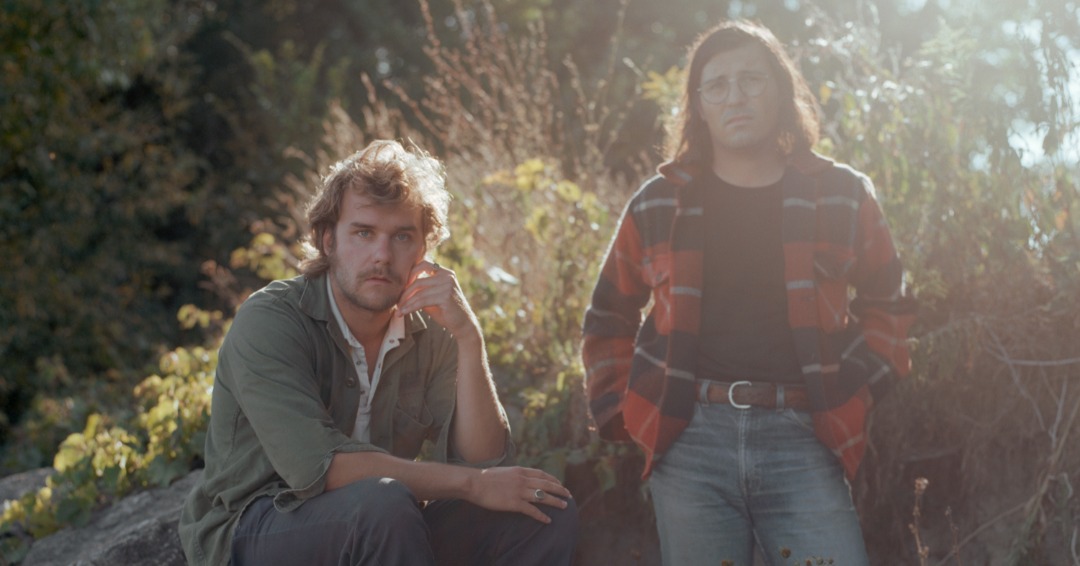 Respect for tradition with the sophistication to shake it off. Deadpan expression of a staunchly honest vision. Hailing from Edmonton, now Toronto-based Altameda (AL-tah-MEE-da) have evolved into a band with a bold and unrelenting sound. It's the culmination of experience, both musical and rawly human, that makes Altameda the band they are. Hitting festival circuits and stages across North America and Europe, they've toured extensively since releasing their much-celebrated debut album, Dirty Rain (2016).

Full and resounding, cutting and dynamic, Altameda's sophomore record, Time Hasn't Changed You (2019), is full of all that makes life a beautiful mess. Brought along by warm bass lines, bluesy rhythms and the sweet whir of the wurlitzer, vocalist Troy Snaterse's lyrics burn with nostalgia and present desire, made vivid by his talk-like cadences and emotional peaks. It will lift you out of your seat—then all at once send you spiralling down to the kitchen floor.

The band's forthcoming release is sure to be their strongest to date. Recorded in Toronto, ON by Thomas D'Arcy (Neko Case, The Sheepdogs) and mixed in Portland, OR by Tucker Martine (My Morning Jacket, Whitney, REM) the newest offering shows immense growth, both musically and personally. Grappling with family tragedy, love lost, and the countless miles in between. The record is both lyrically nuanced and compositionally lush.