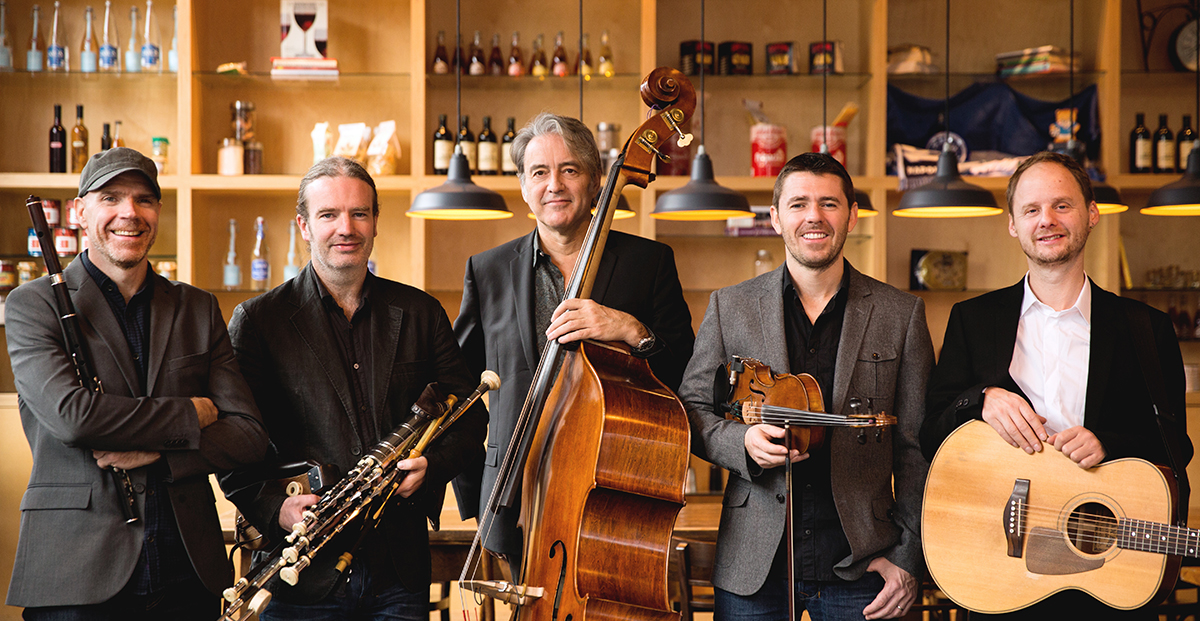 Named for an ancient Celtic harvest festival in honor of the Irish god Lugh, patron of the arts, Lúnasa is indeed a gathering of some of the top musical talents in Ireland. Its members have helped form the backbone of some of the greatest Irish groups of the decade.

Bassist Trevor Hutchinson was a key member of The Waterboys, and later he, with guitarist Donogh Hennessy, would form the dynamic rhythm section of The Sharon Shannon Band; Ed Boyd (Flook, Michael McGoldrick Band) has recently replaced Hennessy; Fiddler Sean Smyth is an All-Ireland champion who has played with Donal Lunny's Coolfin; Kevin Crawford, considered to be among the finest flutists in Ireland played with the acclaimed traditional group Moving Cloud; and, piper Cillian Vallely of the famous Vallely artistic clan has performed with Riverdance and recently recorded with Bruce Springsteen. Folk Roots magazine has rightly termed them an “Irish music dream team.”