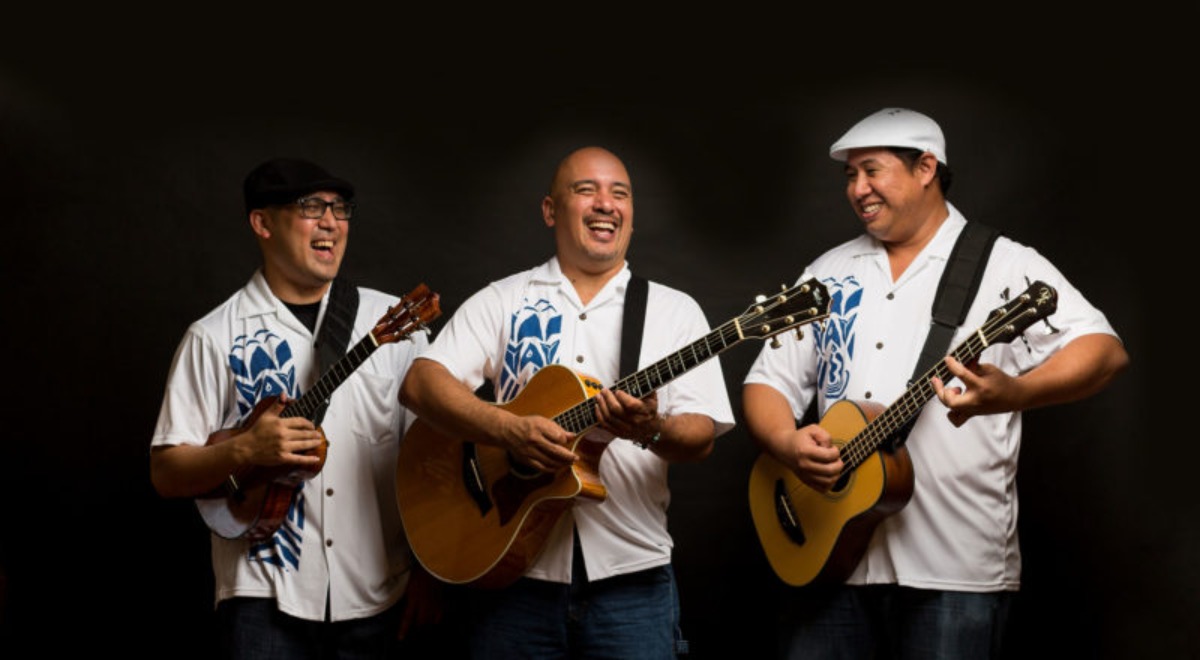 Celebrating its 10-year anniversary, Waipuna is at the forefront of Hawaiian contemporary music, consistently winning Na H k Hanohano (Hawai‘i's “Grammys”) Awards every time they have a new album, from 2012 to the present, for a total 7 awards. Waipuna is an exciting collaboration of three talented individuals, all from celebrated Hawaiian musical families.

Kale Hannahs is a veteran of the music scene, earning a reputation as a steady bass player and vocalist. His major in Hawaiian Studies finds voice in his songs. He was a founding member of the award winning group ‘Ale'a. Matthew Kawiaola Sproat was born and raised on O‘ahu, but is from the famous Sproat family from the Big Island. In 2003 Matt won the Big Island falsetto competition, and has both studied and performed with some of the best musicians in Hawaii. David Kamakahi, whose renowned father Dennis Kamakahi was one of Hawaii's most prolific songwriters, started playing ‘ukulele at the age of 15, studying the greats, such as ‘ukulele master and mentor Eddie Kamae. His clear natural talent shines through in his exceptionally clean technique and exhilarating playing.
Their eclectic musical backgrounds yet similar tastes in music have led to their unique sound that draws comparisons to their name, “waipuna”, or spring waters – resource, life force, connecting to ancestors and nurturing generations to come. One critic has dubbed their distinctive sound “neo-traditionalist” – authentic roots with a contemporary energy, sensibility, and joy. They bring a fresh and contemporary energy to Hawaiian classics and to the island sound, preserving tradition while moving it into the 21st century. Hawaiian heritage is thriving, and Waipuna reflects both the traditions passed forward from the previous generations and the transformations that keep culture alive for the generations to come.

“The symphonic blends of Waipuna… are so melodic, they soothe the soul and fuel your mana [divine power]!” –Hawaiian 105 KINE Radio