This free concert will be held at the American Islamic College Auditorium. Proof of vaccination for entry. Free parking. 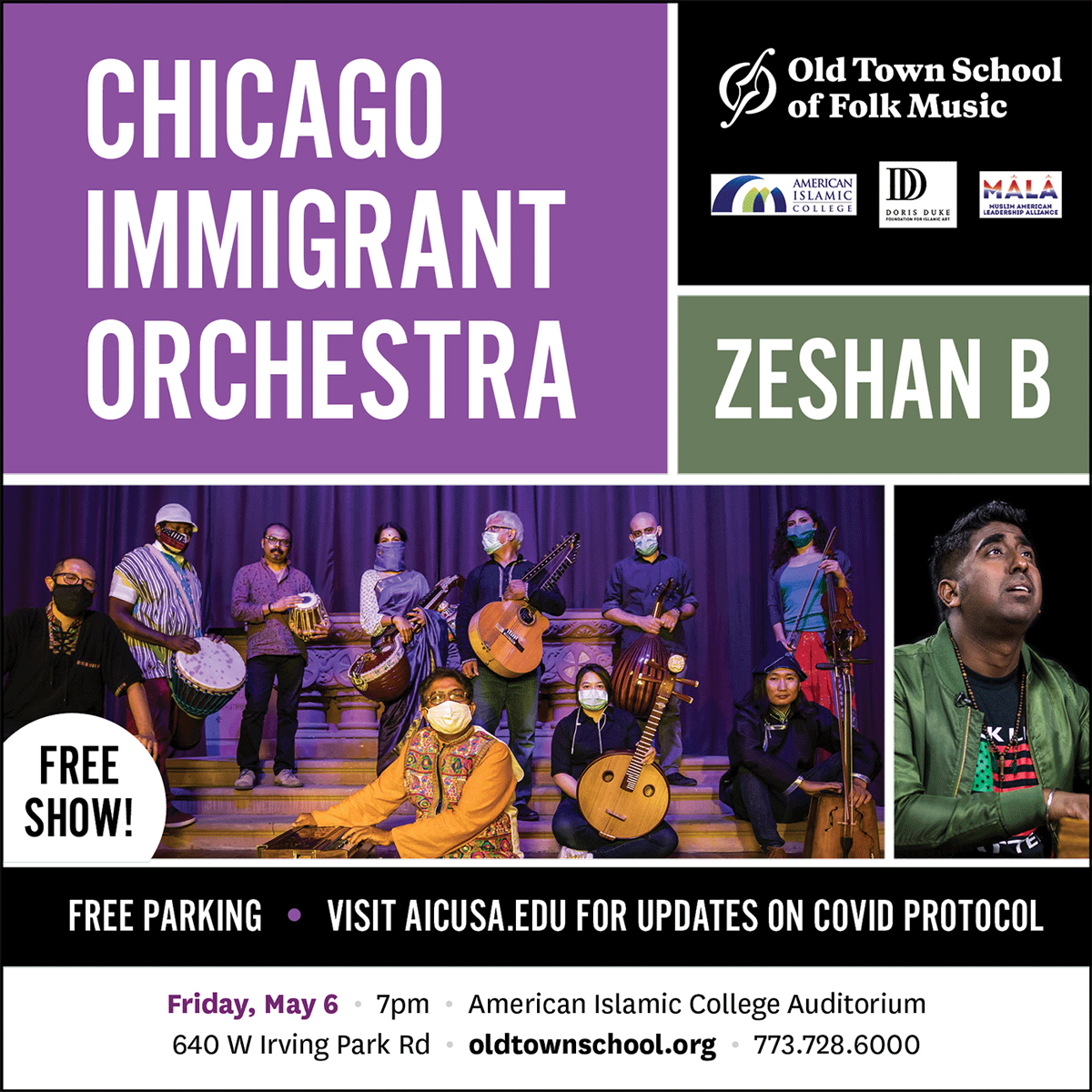 The new CIO today is a 20-piece ensemble that consists of members of the Chicago immigrant community, representing musical traditions from all over the world. In this fresh approach under the direction of Haque and Zarour, Chicago Immigrant Orchestra musicians from the Far East to Western Europe, Africa and the Americas are thoroughly involved the evolution of the musical ideas that are presented.

The New Chicago Immigrant Orchestra explores the relationships and differences among these traditions, creating a unique and cohesive tapestry of cultures.

Chicago native Zeshan B's breakout album “Vetted” was released in April 2017 to commercial and critical acclaim with the album debuting at #8 on Billboard's Top 10 Albums (World Music) and peaking at #1 on iTunes' World Music chart. He combines his love of American soul with the sounds of music from India and Pakistan, where his parents grew up.

Since then, he has toured with frequent appearances at Lincoln Center, Bonnaroo, Electric Forest Festival, House of Blues, Kennedy Center, the Blue Note, Riverside Church and the Canadian National Exhibition. He has performed for two US Presidents--Jimmy Carter and Barack Obama--with the latter performance taking place at the White House's historic inaugural Eid Celebration in 2016.

During the ongoing COVID-19 pandemic, Zeshan appeared with his wife Dr. Alexandra Roybal on MSNBC Morning Joe to shed light on COVID's impact on minorities and musicians. This was followed by the May 2020 release of his NPR acclaimed album, “Melismatic”.

Zeshan is a polyglot--he is fluent in Urdu & Italian and proficient in Spanish and Punjabi. He and his wife reside in the South Bronx, NY.