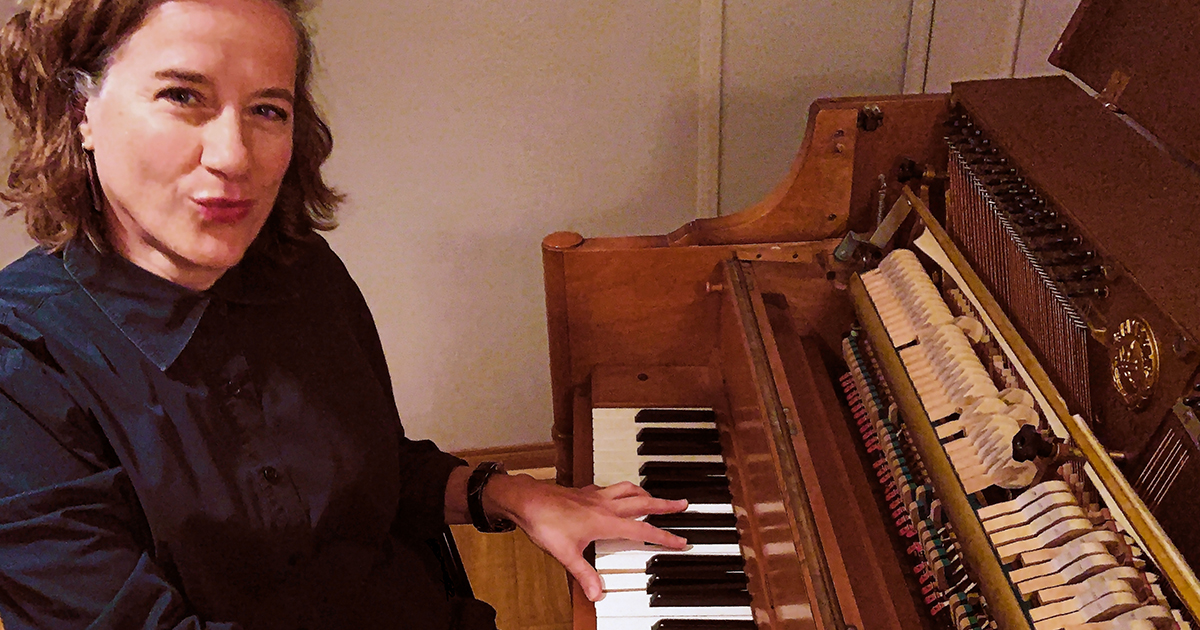 Susan Werner composes skillful songs that effortlessly slide between folk, jazz, and pop, all delivered with sassy wit and classic Midwestern charm. Throughout her expansive career, boundless versatility has emerged as a hallmark of Werner's talent, and has proven to be a quintessential ingredient of her engrossing musical persona.

After writing twelve albums of songs in styles ranging from folk/rock to Tin Pan Alley to gospel, country and chamber music, what might a woman deemed by National Public Radio as “The Empress of the Unexpected” try next?

Her songs have been recorded by Tom Jones and Michael Feinstein, Broadway stars Betty Buckley and Christine Ebersole, and countless individuals and ensembles. But Werner says she's just getting started: “I just released an album of songs inspired by a trip to New Orleans. And I've always wanted to go to Scotland – hey, maybe I could learn the bagpipes. It's not impossible….is it?”

"One of the most innovative songwriters working today.” - Chicago Tribune