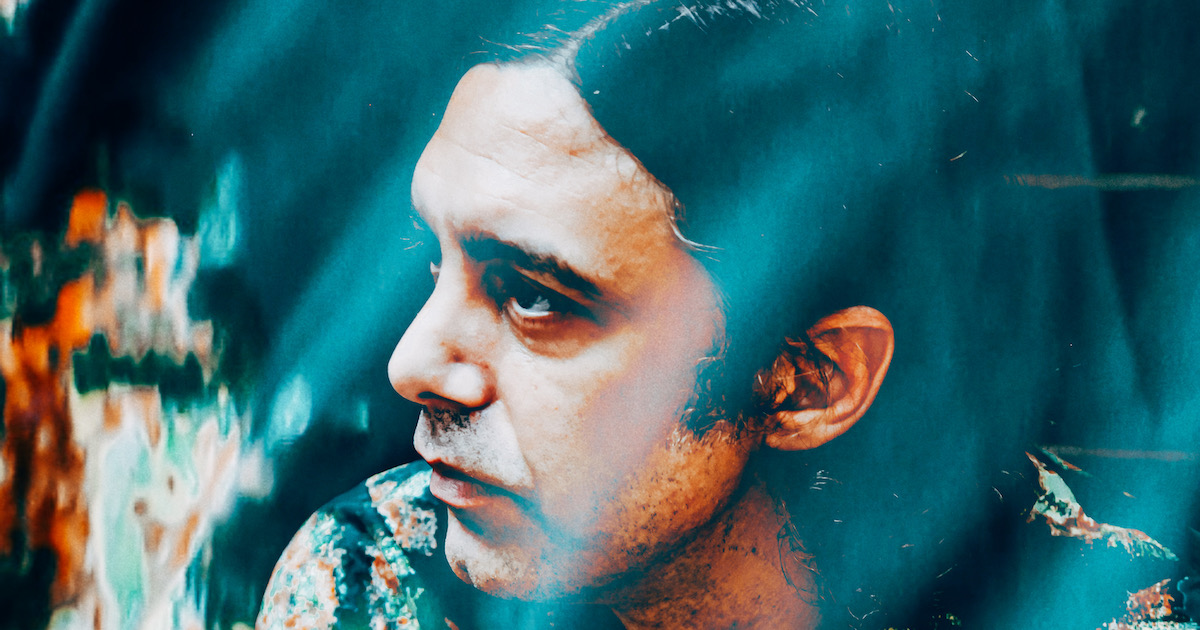 “Hey tomorrow people / how do you like it there? / How do you see yourself / and how does now compare?” Jeremy Ivey asks with the song “Tomorrow People” at the start of his second studio album Waiting Out The Storm. On this record Ivey takes a wider look at the world around us—the landscape, the people that populate it, and the ways in which we help each other survive against all odds. With his band the Extraterrestrials, Waiting Out The Storm finds Ivey expanding his sound and lyricism with electricity coursing through his veins and a passionate sense of urgency in his words.

Waiting Out The Storm is Ivey's follow-up to last year's The Dream and the Dreamer, which was described as acollection of “image-rich storytelling with brooding psychedelia” by the Nashvile Scene while Rolling Stone said it evokes “ ‘Mutations'-era Beck along with classic country.” Both of these records are the latest step in Ivey's music career and fascinating life story so far. Upon his birth in San Antonio, Ivey suffered a stroke due to his birth mother's drug addiction that resulted in a diagnosis of cerebral palsy. “It affected a side of my brain, so if anything it might've made me more creative,” Ivey states.

He was eventually adopted and raised in a strict Christian household, spending most of his adolescence in homeschooling. “I wasn't allowed to listen to anything except classical and Christian music,” he remembers. “I eventually became good at two things—playing music, and writing poetry.” He later came in contact with classic rock and folk music near the end of his teenage years.

A free spirit before establishing his current roots in Nashville, Ivey journeyed across the United States, living in a tent in Colorado and eventually spending a period of time homeless in Boston. These lived experiences inform Ivey's songwriting to this very day. Under the multifarious sounds that comprise Waiting Out the Storm—a record that spans Beatles-esque psychedelia, driving folk-rock, and the type of full-band barnburners that Neil Young and Crazy Horse are known for—that streak of empathy shines brightly.

Ivey wrote most of this album on the road with frequent collaborator, wife, and country phenom Margo Price, taking a lyrics-first approach for the first time in his career—and Price, who also produced The Dream and the Dreamer, joined him in the booth again here. "I work so quickly that I just wanted to not have to get anyone else involved," he enthuses. "I trust her, and it's good to have her there to reassure me." Waiting Out the Storm is as much a showcase for Ivey's band the Extraterrestrials as well, with a full-bodied and unmistakably human sound that makes you feel as if you were just a few feet away from seeing them on the stage.

"I decided to be political, but not so strongly one-sided about it," he continues when speaking on Waiting Out the Storm's lyrical themes. "Some of these songs are about things that are current, but they could also be true 30 years from now." Indeed, it's impossible to hear songs like the hard-chugging "Things Could Get Much Worse" or the wild-eyed anti-authoritarian screed "Hands Down in Your Pockets" and not find something truly relatable and universal—sentiments applicable to our past, present, and ever-uncertain future.

Then there's the moody, overcast first single "Someone Else's Problem," which touches on universal themes of mutual compassion in society and what happens when it starts to fade: "Margo and I wrote it in about an hour on a flight from New York to Nashville," he explains. "We went back and forth till it came to me on the last verse, and I finally made the point that I wanted to. We're all connected. Everything you do affects everyone else, and everything everyone else does affects you."

That lesson resonates quite closely with Ivey. As a Nashville resident, he and his fellow citizens have witnessed a series of unimaginable hardships over the last year, from the devastating tornado that ripped through the city in March to the ongoing COVID-19 pandemic—which Ivey himself fell ill to for several months. “I couldn't quite beat it, so I was on the fringe,” he recalls. “It was rough. I had to deal with my mortality in a way that I hadn't done yet. I'm enjoying my life a little bit more now, though. I'm appreciating my health more. Sometimes it takes staring death in the face to get to that point.”

And finding the light in the darkness is ultimately at the center of Waiting Out the Storm: our greatest responsibility is to each other, and there's failure only in forgetting that. "There's no such thing as someone else's problem," Ivey states. "As cliché as it is, we're all a living organism together, and we have to take care of ourselves while taking care of each other.” 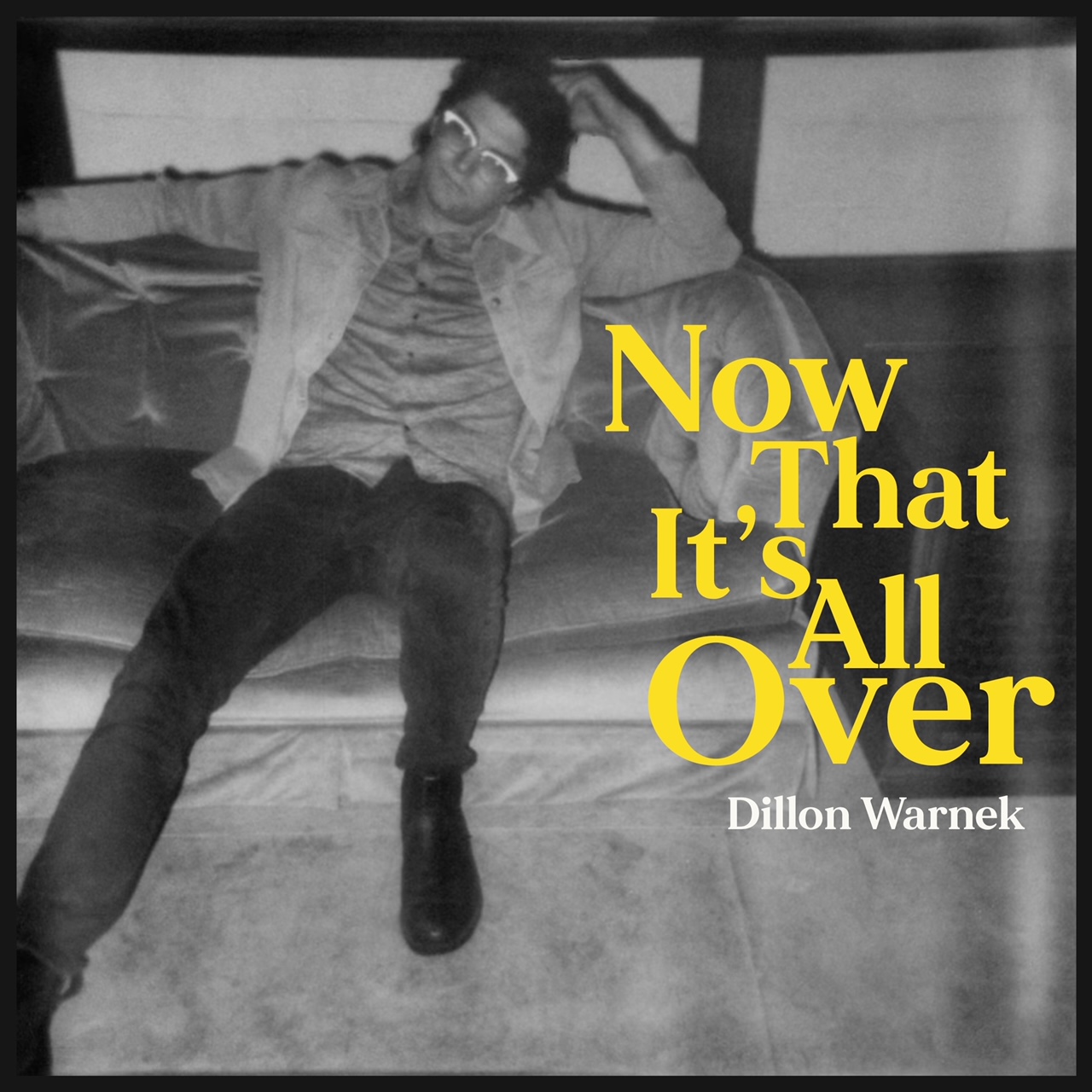 Dillon Warnek is a Nashville-based songwriter. In his earlier days, he played guitar and piano for artists like Courtney Marie Andrews, Brent Cowles, and whoever else had a van and a meager itinerary.

His suitcase filled with songs and after years of playing clubs and stealing pens from waitresses, he left his sideman days behind him to sing his own. He got close with Margo Price and her band in Australia and tricked them into backing him on his debut record, “Now That It's All Over.”

Concerning Dillon's songs, Margo said, “He has a sharp wit and a writing style that seems both familiar and foreign at the same time. He is a songwriter's songwriter, and some of his songs are too smart for the general population.” The record got passed around and Joe Hudak wrote for Rolling Stone, “Dillon Warnek brings tales of everyday waitresses, repentant convicts, and unrepentant grifters to vibrant life. Con men are a favorite writing subject of the Nashville transplant. There are no scams here, however; just Warnek's rich, detailed character studies infused with elements of rock, country, and even Tex-Mex.