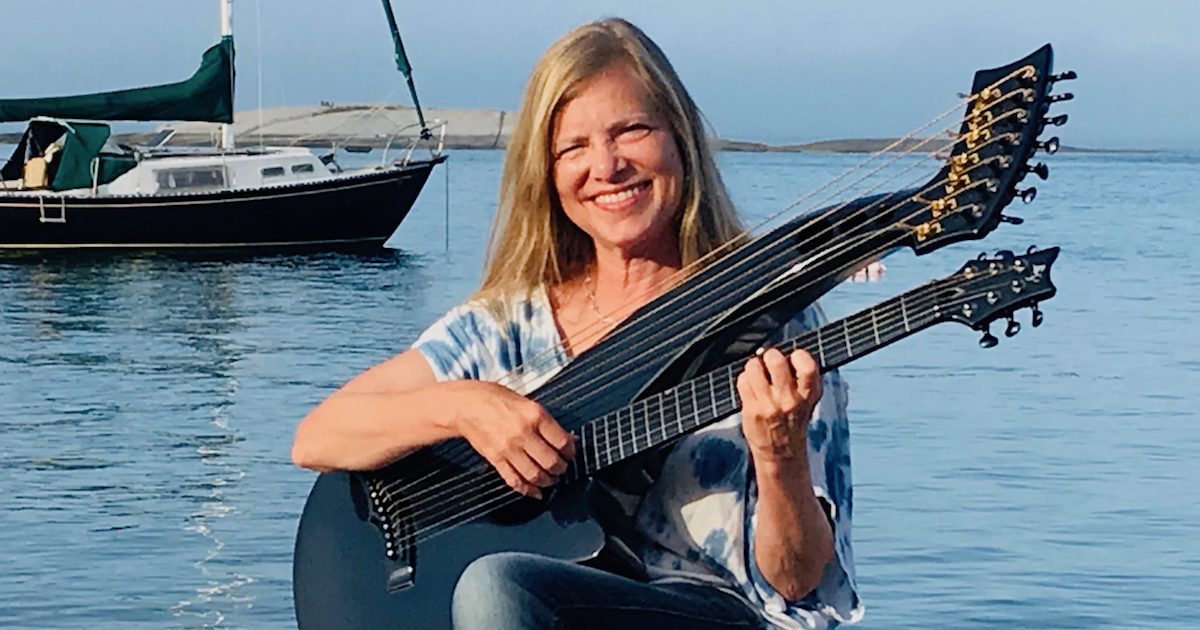 Guitarist/harp-guitarist Muriel Anderson takes you on a journey through music and stories, with a backdrop of visuals artfully projected onto a screen behind her. It is a musical journey through space and around the world. Sometimes whimsical, always engaging, bringing together diverse cultures and settings. Truly an experience of all the senses, her show often incorporates aspects of her new project “Acoustic Chef, ” with visuals by celebrated photo-artist Bryan Allen. Her musical roots date back to her teenage years at the Old Town School both as a student then later as an instructor. She returns to the Old Town School with this engaging, multimedia show.

One of the world's foremost fingerstyle guitarists and harp-guitarists, Muriel Anderson's obvious joy of music, humor, and her facility across the genres of folk, classical, bluegrass, popular and international music is revered by guitarists worldwide. An engaging performer, Muriel's unique approach to the instrument virtually transforms the guitar into a lyrical choir, then a marching band, then a Japanese koto, then a Bluegrass band, one minute launching into a Beatles' tune and the next, a Spanish classic.

Muriel is the first woman to have won the National Fingerstyle Guitar Championship and has performed/recorded with Chet Atkins, Les Paul, Victor Wooten and the Nashville Chamber Orchestra. Her CD “Nightlight Daylight” was chosen as one of the top 10 CDs of the decade by Guitar Player Magazine. She is host of the renowned Muriel Anderson's ALL STAR GUITAR NIGHT® and founder of the MUSIC FOR LIFE ALLIANCE charity.

"Acoustic guitarist Muriel Anderson…has justifiably gained a reputation as one of the world's best, and most versatile, guitar instrumentalists.” - Chicago Tribune

"Just one hell of a great player…a great personality and what I like is the touch that Muriel has on the guitar, the way she plays it like we all wish to play.” - Les Paul

A course on bringing out your heart into the music and developing artistry at any level. I have discovered that there are steps and techniques you can use towards bringing more emotion to your music. These work in many different styles, paired with particular things for particular songs. I'll also play some tunes for you and discuss the more interesting things that go into creating the music, from the variety of tone to the inspirations. I'm looking forward to working with you and taking your questions!