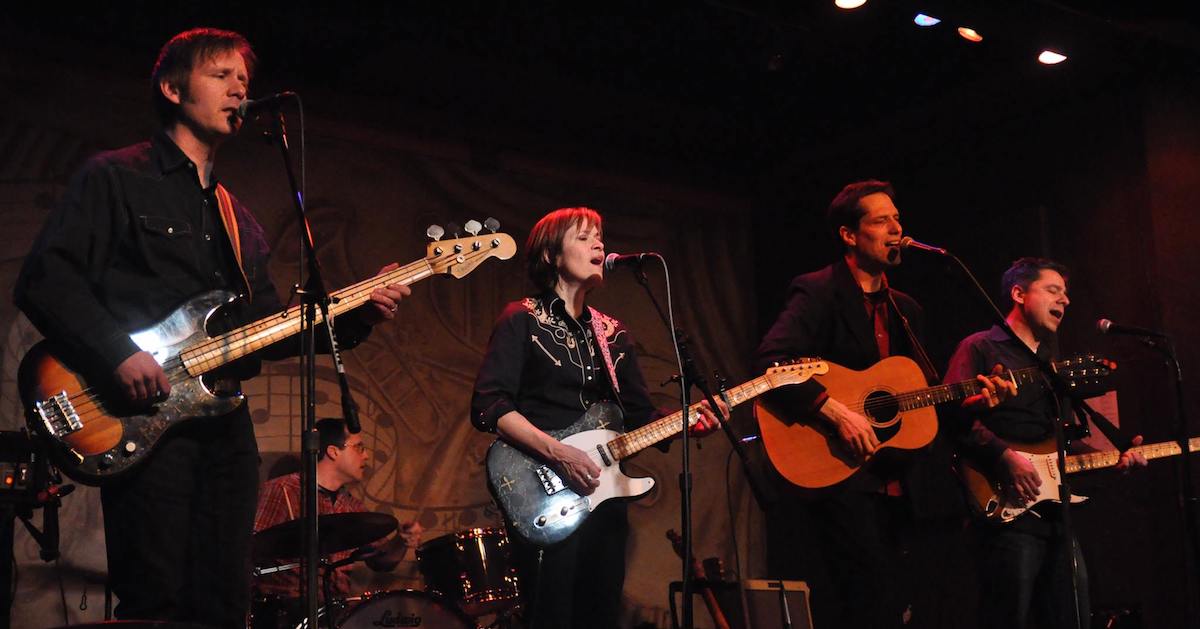 “Electric country majesty…when Dawson and Christiansen fly in close harmony, you get a good idea of how Marshall Crenshaw and Lucinda Williams might sound in duet.” – Rolling Stone

Chicago quintet Dolly Varden is built around the singing and songwriting of husband-and-wife duo Steve Dawson and Diane Christiansen, along with Mark Balletto on guitar, Matt Thobe on drums and Mike Bradburn on bass. The lineup has remained the same for 25 years through tours, albums, children and relocations and they continue to enjoy their family-like connection through making music together. Though the band's name suggests a euphonious connection to a certain country singer, it is actually derived from a rare and beautiful species of trout, which in turn was named after a character in Charles Dickens' short novel, Barnaby Rudge. Strange, but true: Dawson and Christiansen both had fathers who were avid fishermen who dreamed of one day catching the elusive Dolly Varden in an icy Alaskan lake. Dolly Varden recorded their debut album, Mouthful of Lies, in Christiansen's art studio on a 4-track cassette machine and released it on their own Mid-Fi label in 1995. The success of that album led to them signing with New York indie label, Evil Teen, who released The Thrill of Gravity (1998) and The Dumbest Magnets (2000). Produced by Brad Jones and considered to be one of their finest efforts, Magnets, led to a decade of touring in the UK and Europe and considerable critical acclaim. The follow-up, also produced by Jones, Forgiven Now, was released on Undertow Records in 2002. After nearly constant touring and recording for many years the band took a well-deserved break in 2003. During the hiatus Dawson recorded the first of a series of solo albums, Dawson and Christiansen recorded an album of duets, and Balletto recorded a solo album under the band name, My Record Player. The band reunited to release The Panic Bell in 2007, an album that leans more toward the power pop side of their musical personality followed by For A While, in 2013, a life-assessing song cycle which features two of Dawson's most acclaimed songs, “Mayfly,” and “Saskatchewan To Chicago.” Christiansen has devoted the majority of her considerable creative energy to visual art over the last decade with works and collaborations shown in galleries and museums all over the US and UK. Dawson teaches songwriting and guitar at the legendary Old Town School of Folk Music and co-wrote a book on the creative process with Mark Caro called, “Take It To The Bridge: Unlocking The Great Songs Inside You.” In 2014 Dawson formed the band, Funeral Bonsai Wedding, a folk-jazz hybrid featuring some of Chicago's most acclaimed improvising musicians. Their self-titled debut in 2014 and the follow-up, Last Flight Out, in 2020, featuring the Quartet Parapluie String Quartet, were released to critical raves and thrilling live sets. Dawson's newest solo album, At The Bottom Of A Canyon In The Branches Of A Tree, will come out on Pravda Records in July, 2021. Dolly Varden is planning to begin work on a new album in 2022.

Tonight’s concert is at Post 42 at Canal Shores Golf Course, 1030 Central St, Evanston, IL. All shows are rain or shine. All shows start at 7pm with doors at 6pm.

Tickets sold in groups of 2 or 4 seats only and are only available for purchase online. Seating will be in pods of 4, 6 or 10 seats. If you would like an entire seating section for your party exclusively, you must purchase all tickets within the section. Purchasing less tickets may mean you have additional people not from your party within your section. Single ticket purchases are not available.

Food and drink service is available at the venue. No outside food or drink permitted.

As an outdoor venue, please plan to bring your own chair, table, blanket, or whatever makes you most comfortable, or you can reserve table and chair rentals HERE. Rental chairs and tables will be waiting for you in your box when you arrive.

The city of Evanston has moved into Phase 5 of COVID-19 Guideline restrictions and is fully open without capacity restrictions. Although the mask mandate has been lifted, Post 42 at Canal Shores still encourages those who are not vaccinated to wear masks for the safety of our guests and staff. 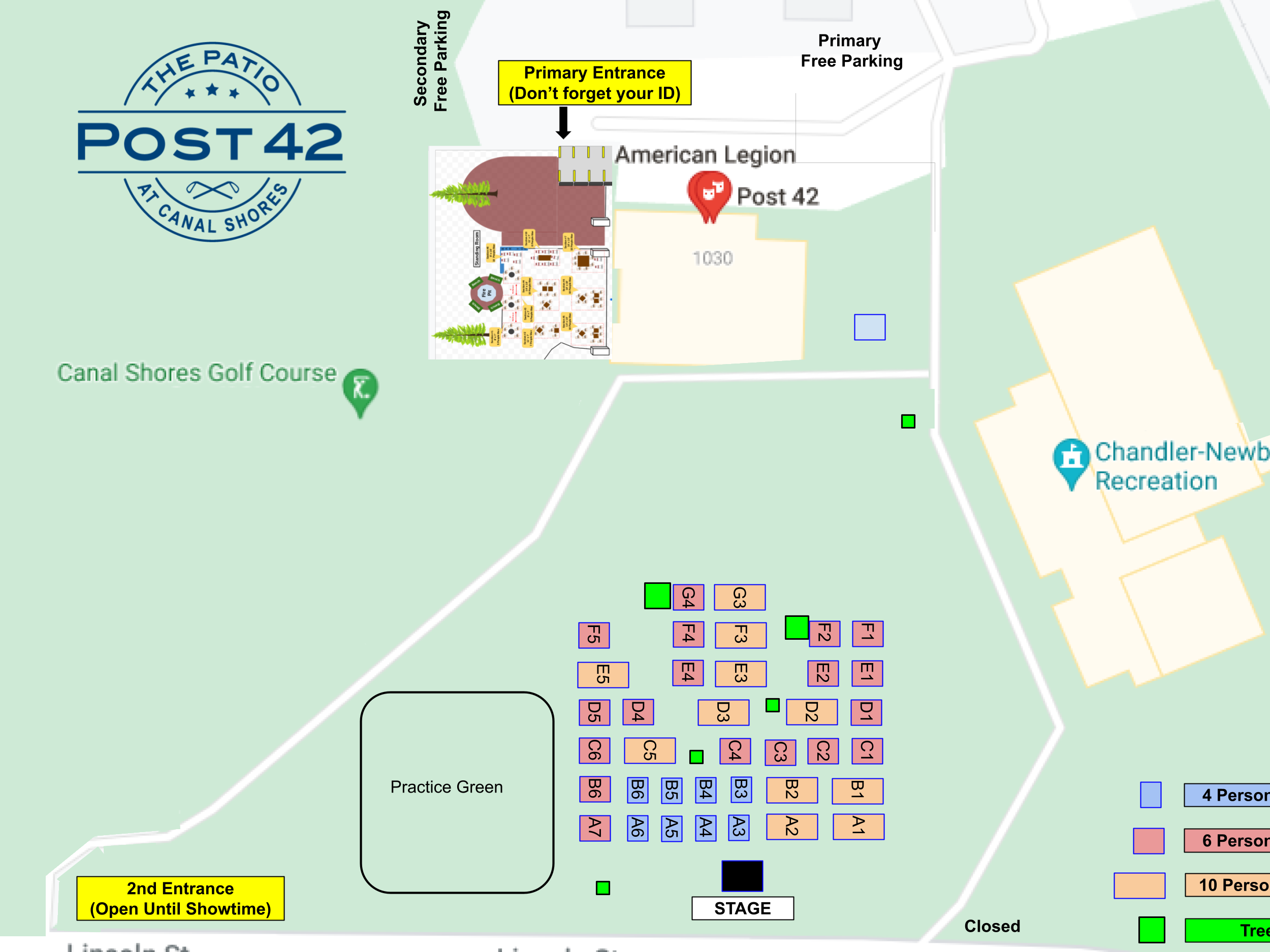