The Martin Hayes Quartet expands on many of the musical ideas pursued by Martin in his longstanding partnership with guitarist Dennis Cahill. The melody still remains central but now with an added range of sonic possibilities provided by the bass clarinet of Doug Wieselman and the viola d'amore of Liz Knowles. The addition of these instruments creates an added aural texture and amplifies the rhythmic possibilities while also allowing a larger role for improvisation. Both Doug and Liz bring a wealth of musical experience that contributes to the spacious, rich arrangements of the Quartet.

Doug Wieselman (Bass Clarinet) has worked as composer, arranger and musician with a variety of artists in different fields – in theater - with director Robert Woodruff and the Flying Karamazov Brothers, in dance with Jerome Robbins and Paul Taylor, and as musician with Victoria Williams, Robin Holcomb, Wayne Horvitz, Lou Reed, Tricky, Anthony Coleman, Laurie Anderson, Syd Straw, Steven Bernstein, Joan as PoliceWoman & John Lurie, among many others. He is currently composing music for the animated Nickelodeon show "The Backyardigans" in association with Evan Lurie.

Liz Knowles (Viola/Violin) first distinguished herself as a violinist in New York City, performing in such prestigious venues as Carnegie Hall, the Kennedy Center and Broadway, with such artists such as Marcus Roberts, the Bang-on-a-Can Orchestra, Bobby McFerrin, Paula Cole, Steve Reich, Eliot Goldenthal, Rachel Barton, Don Henley, and Tim O'Brien. It was also in New York that she discovered her true passion for Irish music. Today, she is well respected on both sides of the Atlantic as a player, composer and teacher. Her compositions and arrangements of tunes and songs have been recorded by John Whelan, Liz Carroll, Beolach, J.P. Cormier, Michael Black, John Doyle, Dennis Cahill, and Flook.

Dennis Cahill (Guitar) is one of the most respected and innovative guitar players in the world of traditional Irish music. Not just content with accompanying tunes, he has developed a distinct approach to playing traditional Irish music, incorporating the ornaments and subtleties used by the various instruments utilized within the Irish music genre. He has performed and recorded with many acclaimed Irish traditional music practitioners including Kevin Burke, Liz Carroll, Seamus Egan, P.J. Hayes, Eileen Ivers, Arty McGlynn, Iarla Ó Lionáird, Liam O'Flynn, and Jimmy Keane. Dennis' long and legendary musical partnership with Martin Hayes both as a duet and as co-founding member of The Gloaming has brought him to concert halls and festivals around the world, playing for presidents and prime ministers as well as small villages throughout Ireland. Both on the larger stage and the village hall, Dennis is recognized as one of Irish music's most sympathetic accompanists, anchoring the rhythm with a unique, minimalist and mesmerising style.

Martin Hayes' (Violin) soulful interpretations of traditional Irish music are recognized the world over for their exquisite musicality and irresistible rhythm. He has toured and recorded with guitarist Dennis Cahill for over twenty years, and has collaborated with extraordinary musicians in the classical, folk and contemporary music worlds including Bill Frisell, Ricky Skaggs, Jordi Savall, Brooklyn Rider and the Irish Chamber Orchestra as well as many of the greatest Irish musicians over the past thirty years. He is the artistic director of Masters of Tradition, an annual festival in Bantry, Co. Cork and a co-curator for the Marble Sessions at the Kilkenny Arts Festival. Martin has been recognized as Musician of the Year (the Gradam Ceoil) from TG4, Irish language television; The Spirit of Ireland Award by the Irish Arts Center and Person of the Year by the American Irish Historical Society, both based in New York City. He founded the seminal Irish American band, The Gloaming, with whom he tours internationally and with whom he shared the prestigious Meteor Prize in 2015 for their debut album. 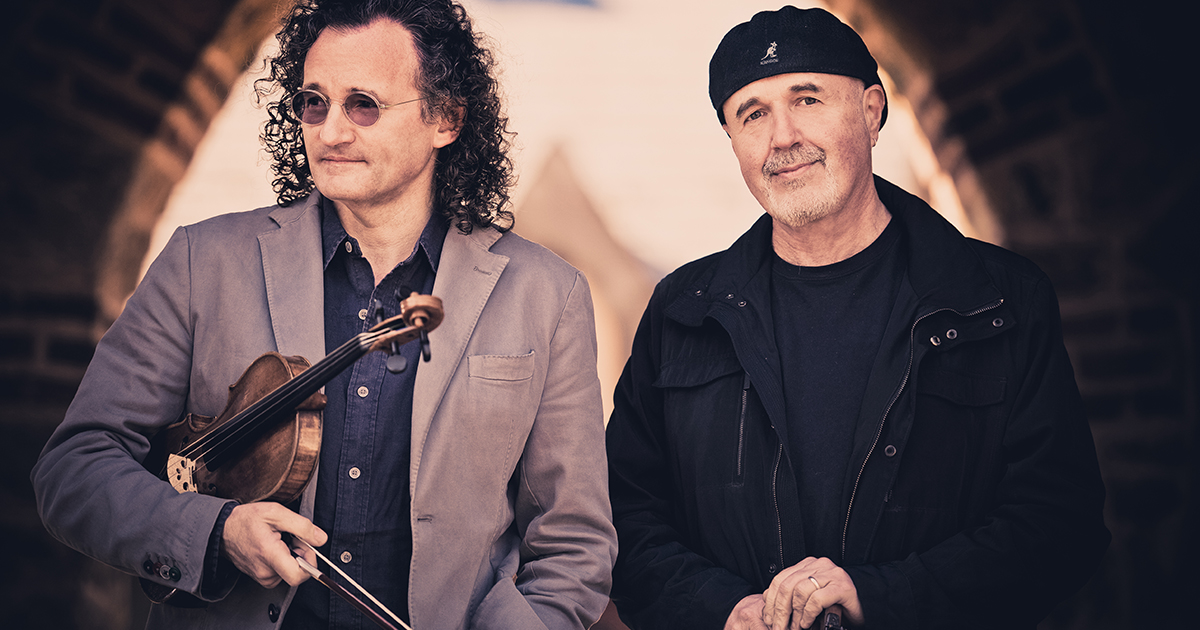 Chicago guitarist Dennis Cahill and Irish fiddler Martin Hayes have been touring the world for the past 25 years, creating a new sound in Irish music as a duet and as founding members of the Gloaming, The Martin Hayes Quartet, and Masters of Tradition on Tour. This special performance will acknowledge the duo's incredible journey and reflect on the powerful musical contribution they've delivered, as they play some favorite selections from their 25 years of collaboration.