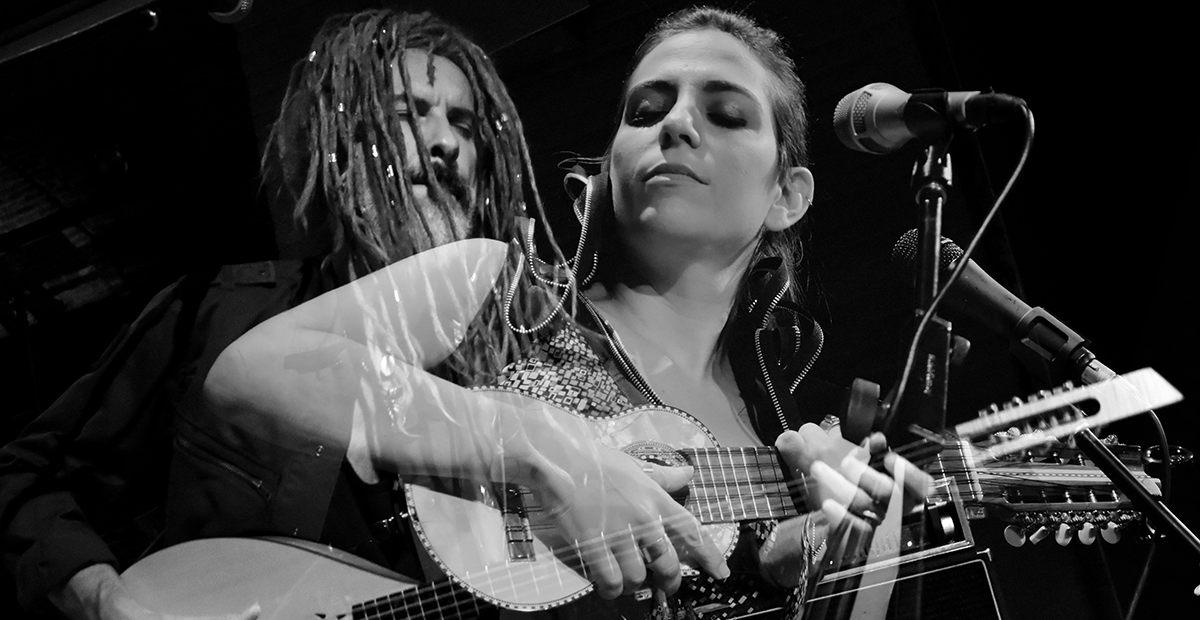 Sofia Rei grew up in Buenos Aires, in a classical singing and punk culture, while Maillard, in Guadeloupe was raised with traditional drumming, heavy rock and romantic-classical music. She brought her heritage from South-American Folklore to the USA to immerse herself in jazz and avant-garde, he went on exploring the music of the world, producing atypical records and eventually the road led him to New York City. She experimented an exhaustive exploration of the voice as an instrument of texture and expression playing along with her Charango, he created and mastered an 8 string instrument of middle eastern inspiration, called the SazBass. They met in Montreal and have been since working together on a variety of projects, that they combine in a colorful, sophisticated, virtuosic and audacious show.

Sofia Rei is an award winning vocalist, songwriter and producer form Buenos Aires, Argentina and based in New York City. Her music explores connections between the various traditions of South American folklore, jazz and electronic sounds. She has collaborated with artists such as John Zorn, Maria Schneider, Bobby McFerrin, the Klezmatics, Myra Melford, Pedrito Martinez, Lionel Loueke, Guillermo Klein and Geoffrey Keezer (with whom she has earned a Grammy Nomination for Best Latin Jazz Album of 2009). She is also a full time faculty member of The Clive Davis Institute at NYU-Tisch School of the Arts. Prior to “Keter” she has released four albums, several of which have won Independent Music Awards. Sofia's work has been featured on CNN, NPR's Tiny Desk, WNYC's Soundcheck, The New York Times and many more. She continues to set herself apart with a bold new vision in the global music scene.

Jean-Christophe (JC) Maillard is a French composer, guitarist, pianist, electronic musician and arranger native of Pointe-à-Pître, Guadeloupe in the Caribbean. For the past 20 years, he has been touring, producing, arranging, acting as musical director and recording with all the great names in world music and world jazz. He has collaborated with Grammy wining artists such as Lisa Fischer, Angelique Kidjo, Richard Bona, Toure Kunda, etc. His project “Grand Baton”, an innovative mix of rock and electronic music with Caribbean percussions has released two albums which received praiseful reviews from all over the world, establishing him as a daring creative mind in cross genre music. JC is also known for mastering and being the first player of the SazBass, a new 8-steel string instrument of Turkish origin.