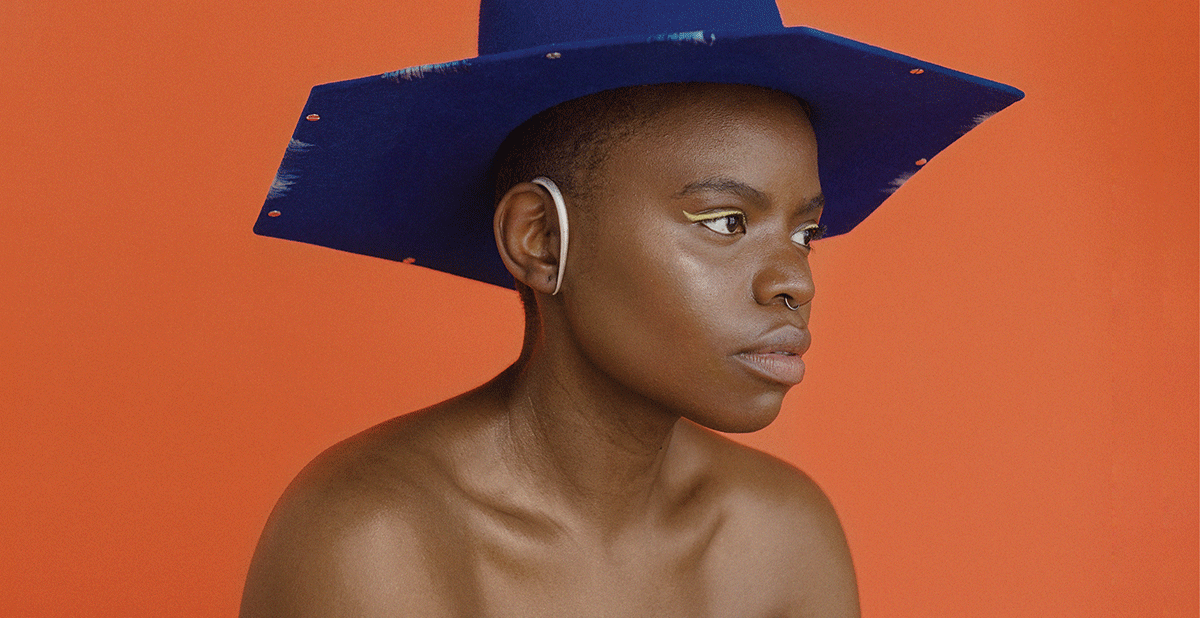 "Break the rules you think you are bound by."

That's the recurring sentiment Lætitia Tamko carried with her through the writing and recording of her second album under the Vagabon moniker. Her first, 2017's Infinite Worlds, was an indie breakthrough that put her on the map, prompting Tamko to tour around the world and quit her job in electrical/computer engineering to pursue a career in music full-time. Tamko's self-titled Nonesuch Records debut finds her in a state of creative expansion, leaning fully into some of the experimental instincts she flirted with on the previous album. This time around, she's throwing genre to the wind. Vagabon is a vibrant culmination of influences, emotional landscapes, and moods; a colorful and masterful statement by an artist and producer stepping into her own.

"I was in a pretty tortured headspace when I returned home from touring Infinite Worlds. That album contained some of the first songs I'd ever written, and more people than I could have ever imagined heard it," Tamko says. "I was proud to become a full-time musician and recognized how rare of a thing that is, but was also debilitated by the very same fact. Fear overtook me and I couldn't write. I felt stagnant and unsure of what to do next."

That anxiety eventually thawed and gave way to a newfound sense of freedom as Tamko began to focus less on industry pressures and more on honing her craft as a songwriter and producer. "With this album, I wanted to impress myself," Tamko says. "I wanted to be curious and I wanted to make big leaps as a producer. All I had access to on the road was my computer and Logic, so naturally I started writing songs electronically with what was at hand."

Vagabon was written and produced entirely by Tamko. Guitar-driven melodies are largely absent, and in their place we are treated to a collection of songs buoyed by hybridized analog and digital arrangements. While Infinite Worlds situated the last Vagabon project in the realm of "indie rock," Vagabon is not easily defined. Grounded by Tamko's expressive voice and knack for unique melodies, the album flits between genres, never lingering too long on one particular sensibility.

Lead single "Flood" exemplifies this growth; the production ebbs like a gentle tide before a cavernous drumbeat kicks in and the tone shifts completely. "I know, even if I run from it I'm still in it," Tamko sings over and over again, her capacious voice conveying a sense of resignation in the face of an external force beyond her control. The chorus is a hypnotic bit of pop alchemy that lingers long after the runtime.

"The drums and vocal forward approach I took on the new album is drawn from my love for rap and hip-hop production as well as R&B and folk storytelling. That's the music that got me excited about writing again," Tamko says. In addition to those influences, the West African guitars and rhythms that soundtracked much of her childhood seep into moments throughout this album, in no place more obvious than on "In A Bind." The song opens with a fingerpicked melody as Tamko sings to someone she's been orbiting for a while but can't quite reach. "I know that I was gone a lot last year/ But I hoped you'd still be here," she sings. After that, words no longer serve, and lyrics are replaced by robust, choral vocals singing the refrain: "Uh-huh, yes, uh-huh."

"I drew some inspiration from the Malian musician Ali Farka Touré while writing that song. There is a part on his song 'Savane' where he and his band are feeling the music so much that he just says, 'Yes,' in the middle of the track," Tamko explains. "It's almost as if the music is coming from a higher power. That's a staple in so much of the African music I love, and when I started writing 'In a Bind' I was overcome in a similar way."

Tamko didn't set out with one particular lyrical theme in mind when she started writing Vagabon, and as a result, this album offers up a spectrum of moods to marinate in. Songs like the album's opener "Full Moon In Gemini," the thumping bedroom dance track "Water Me Down," and the collage piece "Please Don't Leave The Table" illustrate blinding moments of personal insight that speak to universal themes. Other lyrics came to Tamko with clear intention. "Every Woman" is a thesis statement, though it arrives near the very end of the album.

On "Wits About You," Tamko opens up more space for those who have found themselves positioned as The Other when she sings: "I was invited to the party/ They won't let my people in/ Well then never mind, never mind, never mind." Later, the stunning slow burn "Home Soon" finds Tamko meditating on what it feels like to truly belong to a place, a community. She's joined by a consortium of friends, who sing along with her over a trembling string arrangement. "At dawn, I'll be home soon," they affirm in unison.

"Home has always been a major theme in my music, and when I say I make music for outcasts, I am also talking about those who feel far from home or uncomfortable where they're at," Tamko says. "To me, home isn't a physical space so much as it is a mental state. I'm writing about wanting to feel safe and at home in my body and in my mind and in the community I move in. I want Vagabon to be a project that people searching for the same thing can connect with.” - Gabriela Tully Claymore 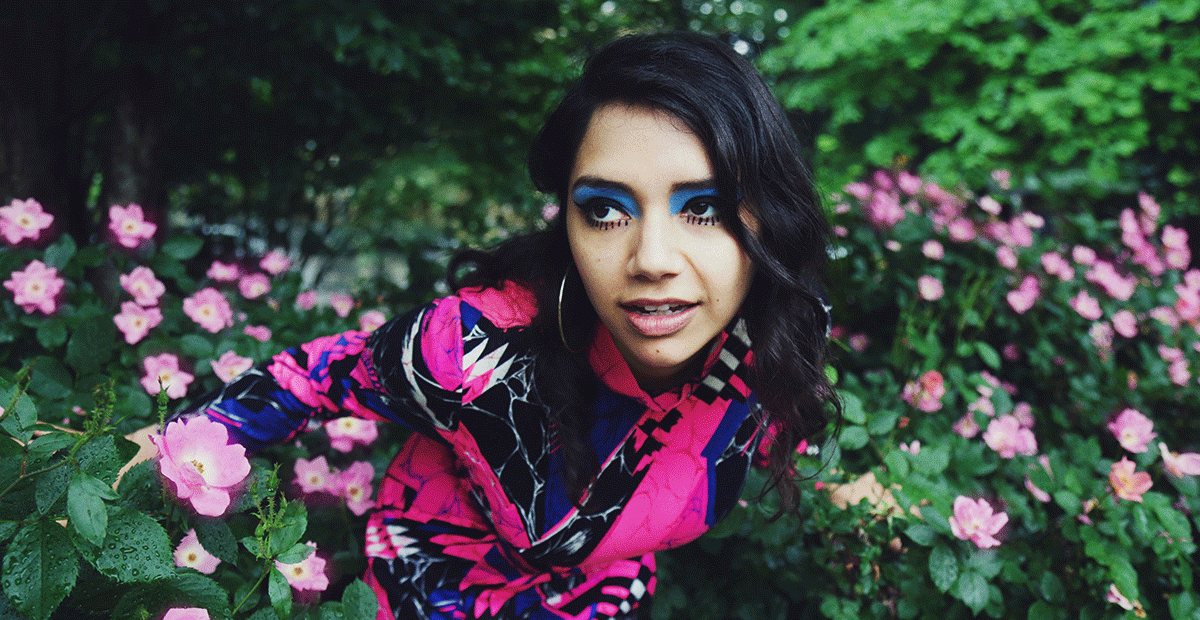 With Mexican and Salvadoran roots in the San Gabriel Valley, east of Los Angeles, Angelica Garcia has spent the last few years creating a new, second family for herself within the welcoming community of Richmond, VA. This multicultural dichotomy shapes her new album Cha Cha Palace—her Spacebomb Records debut and follow up to 2016's Medicine for Birds. The album finds Garcia confidently assembling a “mental scrapbook” of her journey for listeners, and for herself, all the while confronting a lifetime of feeling split between two identities. “I grew up feeling embarrassed of my culture because it often made me feel like I stuck out in school. My dad would pick me up sometimes blasting Mexican banda music. My own lunch would embarrass me,” she explains. “When I got older I realized that these things are all a part of my identity and I should be proud of them. The things that felt like they were holding me back from being ‘a normal American kid' are actually my power.”

The message of first single “Jícama” spans generations and is one that resonates deeply for Garcia, who sings/shouts: “I see you, but you don't see me Jímaca, Jímaca, Guava Tree…I've been trying to tell ya, but you just don't see, like you I was born in this country.” Garcia speaks the reality for millions of Americans unapologetically and with passion. She recalls the first time she performed it live in Los Angeles, “I remember looking out into the crowd—and in front of me were all these young Latinx kids, singing back, every word, even though it was a song I had never played live, or released—and I had the epiphany: ‘This is exactly who I wrote this song for, anyone who feels like they are in-between two identities and their heart is in two places.'”