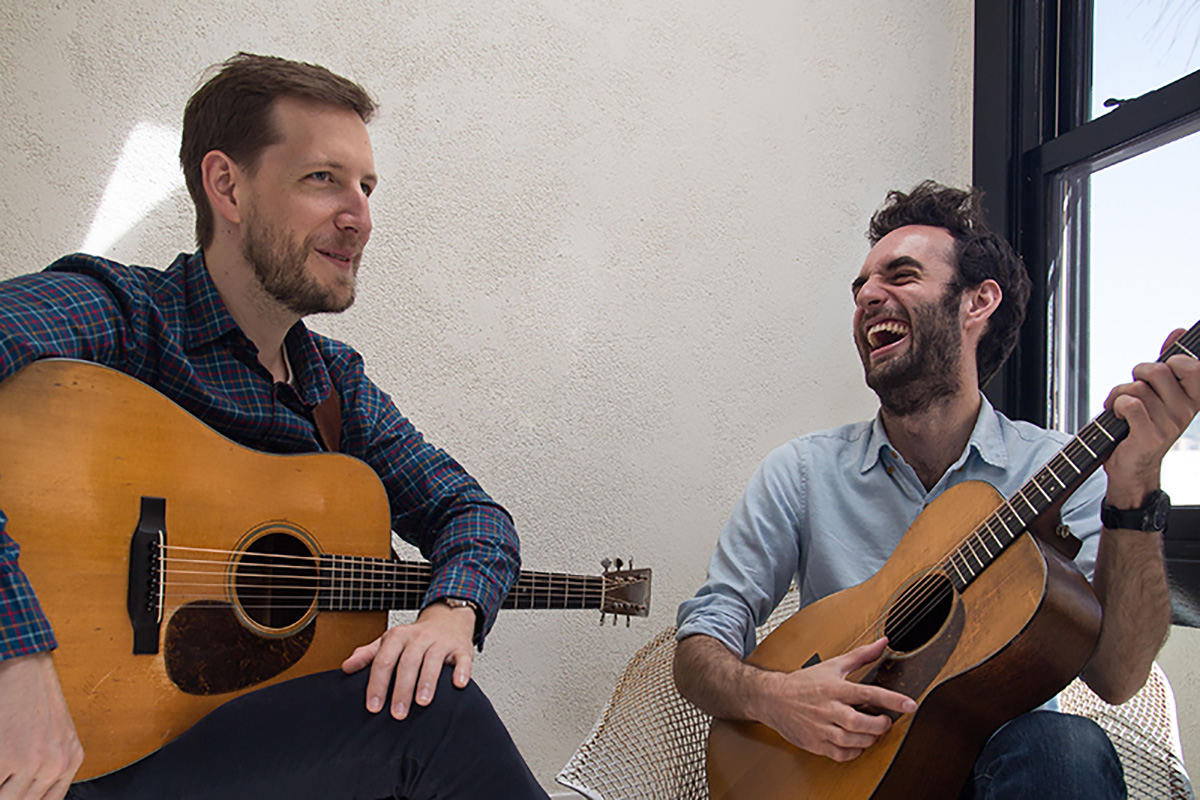 On Mount Royal, their second album together, Julian Lage and Chris Eldridge craft songs that sound familiar but are never easily classified. Percolating with tinges of bluegrass and folk, insinuations of jazz and pop, hints of classical and avant-garde composition, the album rarely settles into any one particular category; rather, it dances around the territory between genres, never announcing its innovations and prizing soulfulness above chops at every turn. From first note to last, the duo push themselves to find new ways to play their flat-top steel-string acoustic Martins together.

Lage is a renowned jazz guitarist who has collaborated with a range of musicians—Nels Cline, Gary Burton, and Fred Hersch, to name a few. According to the New Yorker, he belongs “in the highest category of improvising musicians, those who can enact thoughts and impulses as they receive them.” Eldridge is a veteran of the bluegrass world, cutting his teeth in the legendary outfits the Seldom Scene and the Infamous Stringdusters before anchoring Punch Brothers, an acoustic supergroup that combines folk instrumentation with pop and experimental songcraft.

After meeting and jamming backstage at a Punch Brothers show, the two became fast friends and eventually started playing shows together. Their chemistry was undeniable, each pulling the other out of his comfort zone. “Bluegrass can be very empirical,” says Eldridge. “Things can be right or wrong. But that's not the way it works with us. It's all about ‘yes and…' which is an improv comedy technique. No matter what someone says, you say, ‘yes and…' and you build on that. You move forward.” In 2013 they released an EP of original songs, followed quickly by their debut album, Avalon, which was modeled after their live shows. “It's a sophisticated guitar LP that doesn't sound sophisticated,” Pitchfork gushed, “an effort that folds its intense erudition deep beneath its lovely surface.”

$1 per ticket will be added to the ticket fee which will go to support charities chosen by Julian Lage: SisterSong & Climate Justice Alliance

Sister Song: SisterSong's mission is to strengthen and amplify the collective voices of Indigenous women and women of color to achieve reproductive justice by eradicating reproductive oppression and securing human rights.

Climate Justice Alliance: Climate Justice Alliance (CJA) is a unique alliance of 67 frontline, grassroots, and environmental justice communities and organizations; movement organizations, and alliances at the forefront of the climate crisis. Our mission is to build local resiliency, remedy the root causes of climate change, and build a new world through a Just Transition out of the extractive economy. CJA provides a strategic center of gravity to coordinate and strengthen this powerful climate movement by developing and campaigning for non-extractive models, best practices, and policies that support a sustainable, regenerative way of working and living.