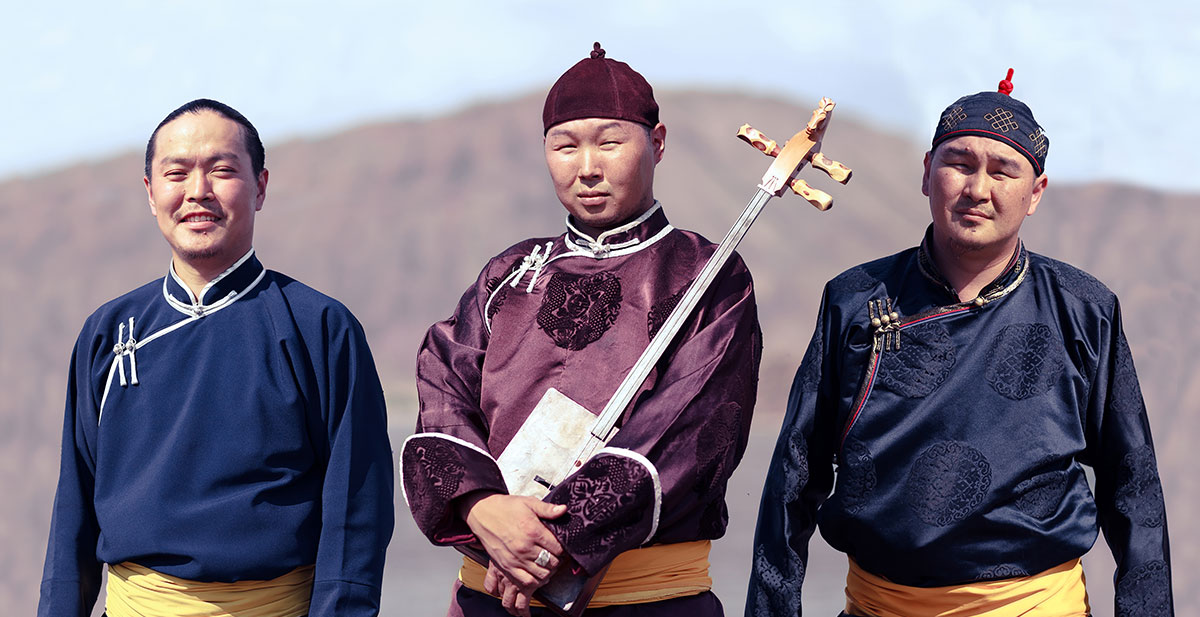 Alash are masters of Tuvan throat singing (xöömei), a remarkable technique for singing multiple pitches at the same time. What distinguishes this gifted trio from earlier generations of Tuvan throat singers is the subtle infusion of modern influences into their traditional music. One can find complex harmonies, western instruments, and contemporary song forms in Alash's music, but it's their overall sound and spirit that is decidedly Tuvan.

Trained in traditional Tuvan music since childhood, the Alash musicians studied at Kyzyl Arts College just as Tuva was beginning to open up to the West. They formed a traditional ensemble and won multiple awards for traditional throat singing in international xöömei competitions, both as an ensemble and as individuals. At the same time, they paid close attention to new trends coming out of the West. They have borrowed new ideas that mesh well with the sound and feel of traditional Tuvan music, but they have never sacrificed the integrity of their own heritage in an effort to make their music more hip.

Alash enjoys collaborating with musicians of all stripes. They appear as guest artists on Béla Fleck & the Flecktones' holiday CD Jingle All the Way (2008), which won a Grammy. The Denver Post remarked, “As electrifying as the Flecktones' performance was, the band was nearly upstaged by Alash Ensemble.” Alash also enjoys a longstanding musical partnership with the legendary Sun Ra Arkestra, and they have collaborated with musicians across the spectrum, from country to classical to beatboxing.

Beyond performing, Alash has a passion for teaching and promoting understanding between cultures. Their tours often include workshops that introduce Tuvan music to students from primary, middle and high schools, colleges, universities, and music conservatories. Children as young as 8 have learned to throat-sing. As one student exclaimed, “Alash opened my eyes to a whole new world!”