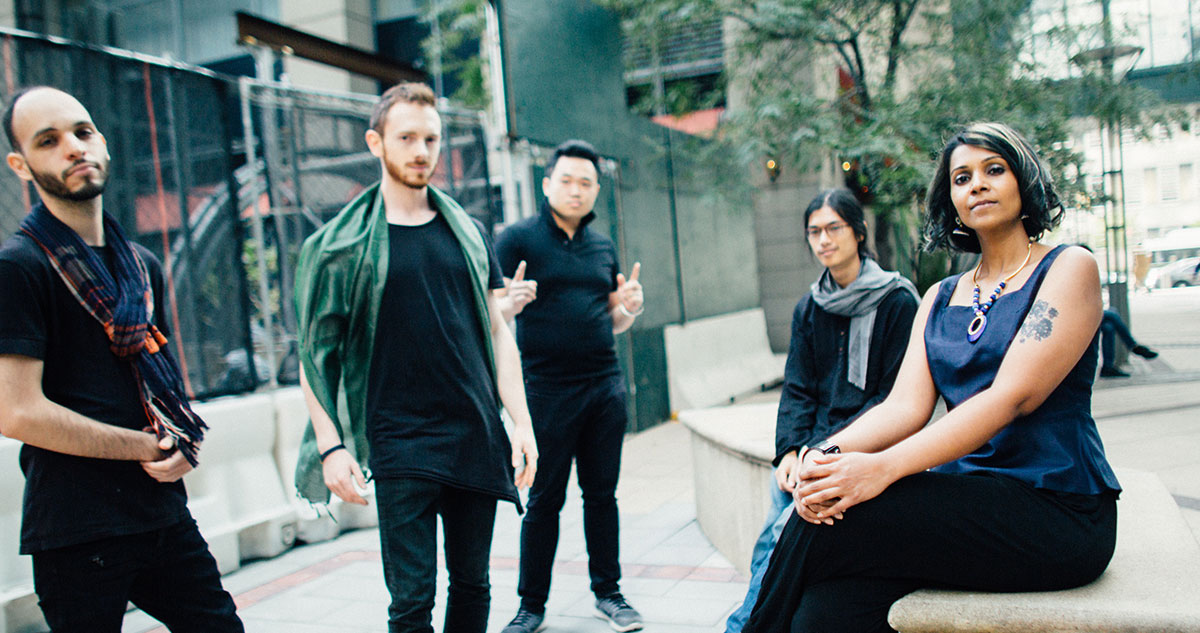 Leading an international cadre of musicians, New York based, Chennai born singer, composer and violinist Harini “Rini” Raghavan creates her own version of Indian electronica. Harini draws from her formal training in Carnatic music and work at Berklee College of Music in Electronic Production to bring together sounds and music of her birthplace in India and her home in the US. An experienced performer and recording artist, she has recorded and performed with Grammy winning artists A.R.Rahman, Bill Whelan, Rodney Holmes, Gil Goldstein and the renowned Israeli Singer-Songwriter Idan Raichel, headlining prestigious festivals and venues in US, Europe and India, including Boston Symphony Hall, Lincoln Center, Beacon Theatre and the United Nations General Assembly. Rini has released three EP's worldwide to critical acclaim, including a feature in Rolling Stone India, Republic of Jazz, World Music Central and a nomination for the Independent Music Awards 2019 in the World Beat Category.

"Rini draws on her decades of Carnatic music training and her years at Berklee, shifting South Asian classical elements toward pop and jazz sensibilities in a refreshing, organic way." - Republic of Jazz