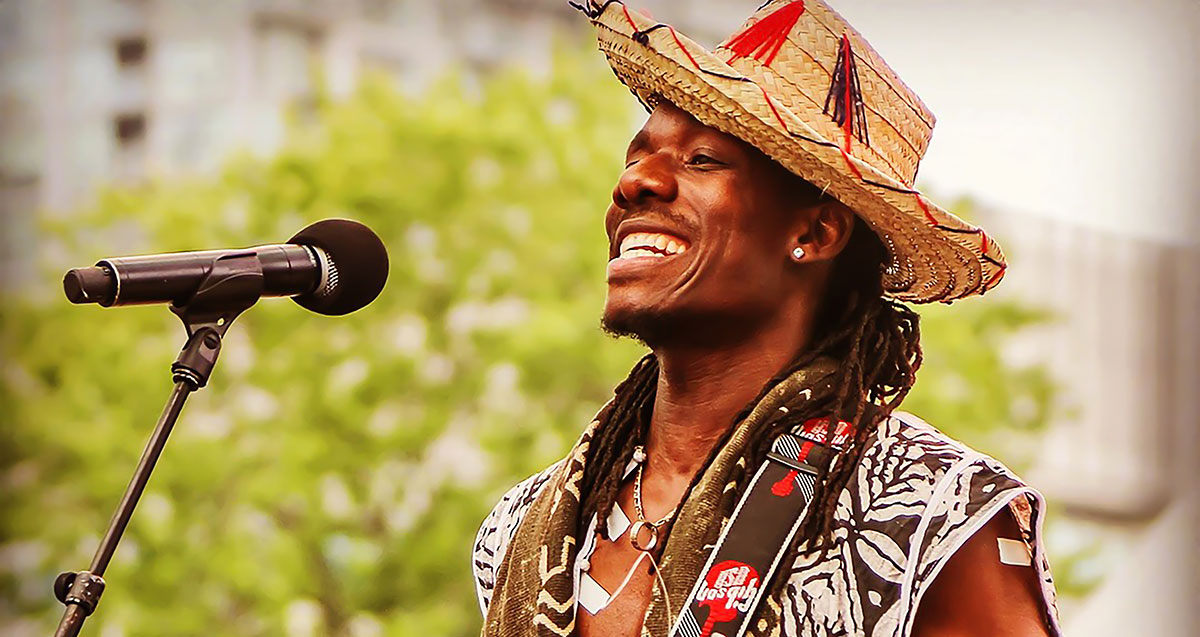 Wesli's musical journey has gone from stringing up an oil can with nylon fishing string to winning a Juno for World Music Album of the Year (Rapadou Kreyol, 2019). Uniting a large cross-section of Montreal talent, his music links Haitian vaudou and rara with roots, Afrobeat and hip-hop.

‘Wesli played to the biggest crowd of the whole festival, such is his popularity…His prime time billing demanded a prime time performance – and we were not to be disappointed. Speaking and singing in French, Haitian Creole and English, it was a set that went on for a good hour with crowd participation and enthusiasm, summing up another successful edition of Festival International Nuits d'Afriques.” - Songlines