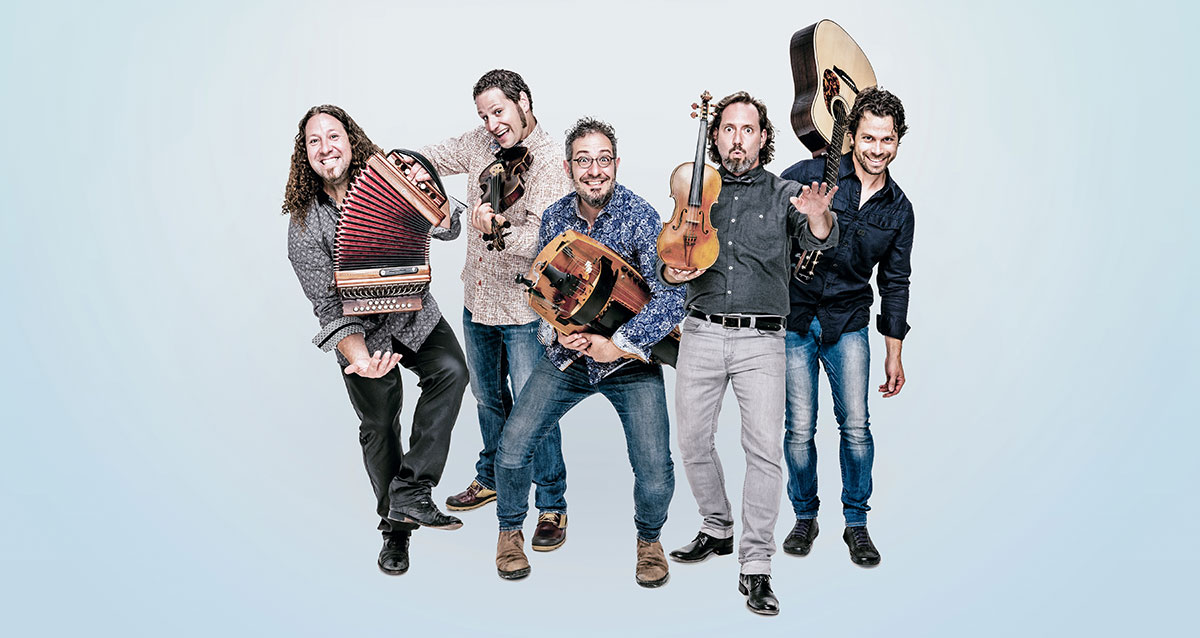 The award winning and highly acclaimed band Le Vent du Nord is a leading force in Quebec's progressive francophone folk movement. The group's vast repertoire draws from both traditional sources and original compositions, while enhancing it's hard-driving soulful music (rooted in the Celtic diaspora) with a broad range of global influences.

Since its inception in August 2002, Le Vent du Nord has enjoyed meteoric success, performing well over 1,600 concerts over 5 continents and racking up several prestigious awards, including a Grand Prix du Disque Charles Cros, two Junos (Canada's Grammys), a Félix at ADISQ, a Canadian Folk Music Award, and “Artist of the Year” at the North American Folk Alliance Annual Gala.

On stage these 5 musicians create intense, joyful and dynamic live performances that expand the bounds of tradition in striking global directions. This is the modern sound of tradition, a music of the here and now.