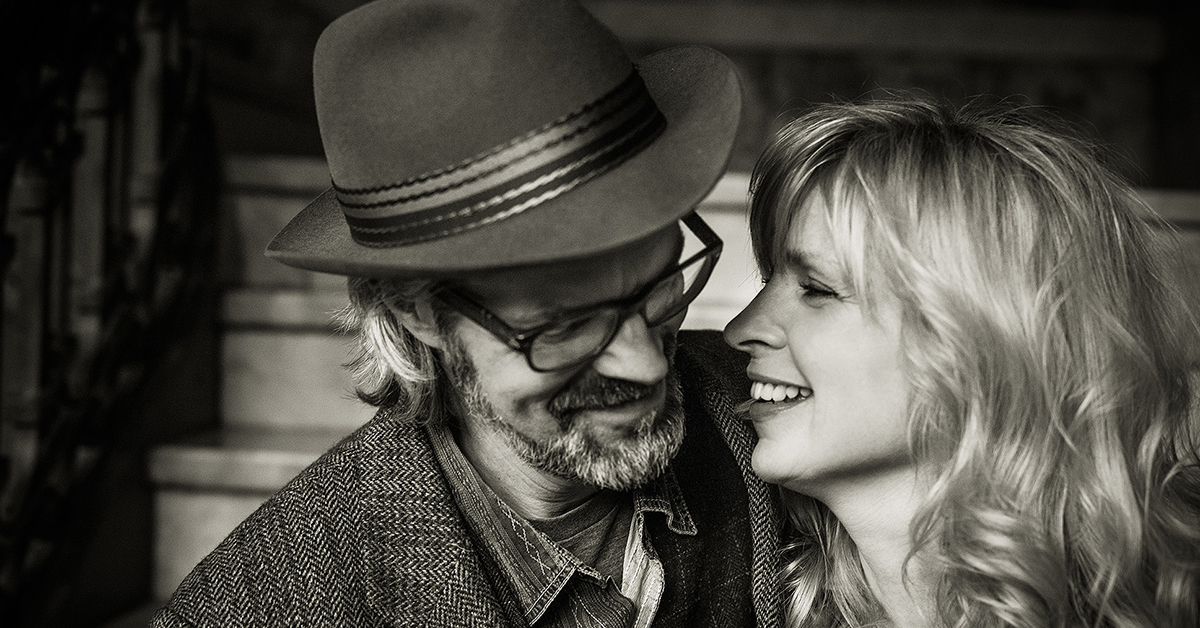 One December, not long after Over the Rhine began recording and touring, we were invited to perform some seasonal songs on a public radio station in Cincinnati. It was Christmastime and apparently they thought we were up to the task. We worked up a few carols and traditional tunes and Karin even read a poem by Thomas Hardy called, The Oxen.

It actually felt really good and conjured up an unusual mix of feelings from childhood: innocence, loss, wonder, joy, sadness. I think we were surprised.

People must have tuned into the radio broadcast, because we began receiving inquiries as to whether we had recorded any of our Christmas songs. I don't think we had considered it at the time, but any young, struggling songwriter is open to the suggestions of the marketplace, and people were persistent.

In December of 1996 – can it really be over 20 years ago? – we recorded and released our first song cycle of some of the Christmas carols that still haunted us. We included a few original tunes and called our wintry mix The Darkest Night Of The Year. We played a special “darkest night” release concert on winter solstice in an old theater in Cincinnati. Folks began snatching up copies and seemed to agree that they hadn't heard anything quite like it.

We began playing concerts around the Midwest every December and found that the rooms were usually packed full of people who had bundled in out of the cold with prized compatriots. Hats and scarves abounded. If you stepped outside during intermission, you could make ghosts with your breath in the crisp night air. And it was dark – oh so dark: a time of year with its own music.

A decade later, in 2006, we released our first full collection of original Christmas/holiday songs called Snow Angels. What is it about Christmas music and the undeniable gravitational pull it exerts on some songwriters? So many Christmas songs had already been written. I think we were genuinely curious about the ones that hadn't yet been written.

We continued to tour every December and these special year-winding-down concerts began to feel like an annual tradition – gatherings of extended musical family, without whom, we'd be homeless.

By the time we released our third holiday album of original songs, Blood Oranges In The Snow, in December of 2014, Karin suggested we had discovered a new genre of music: Reality Christmas.

It's true: if you've buried a loved one, or lost a job, or battled a chronic illness, that stuff doesn't go away during the holidays. It can be a complicated season for many of us.

And then there's family.

When Karin and I make the annual holiday pilgrimage home to visit family and pull into the driveway and turn off the car, one of us inevitably looks over at the other and says, “Tie a rope around my waist, I'm goin' in.”

In 2019, more than twenty years after releasing our first holiday CD, we are still at it. This year, we will be leaning into three-part harmonies and making an intimate but hopefully holy ruckus. It won't be all Christmas music: we'll certainly mix in tunes from many of our records along the way. But hopefully it's still true: hopefully you haven't heard anything quite like it.

Maybe a midnight snow will fall and turn each streetlight into its own private snow globe. Maybe, regardless of whatever reality Christmas brings, we'll hear a faint echo of a song once rumored to have been sung by angels, a song of peace on earth, goodwill toward all…

We hope you'll join us,