The Global Dance Party series offers an exciting opportunity to experiment with dance styles from around the globe. Each evening will feature a dance class followed by two hours of music from live bands or DJs in our Myron R. Szold Music & Dance Hall. 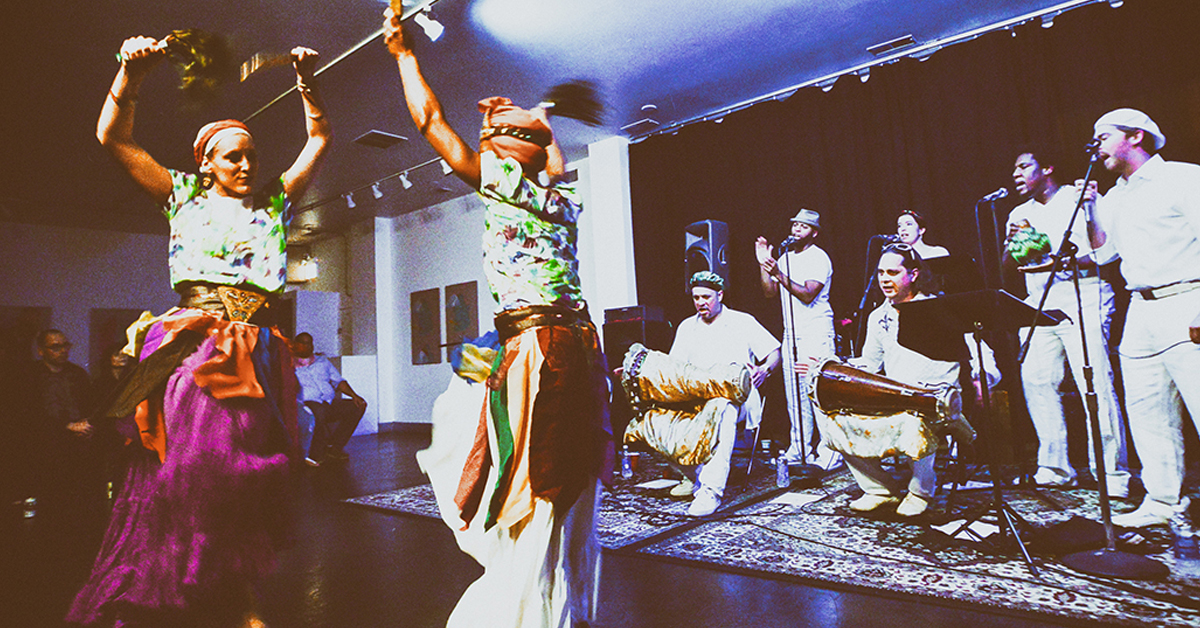 Iré Elese Abure is a performance ensemble steeped in the dance, song, and drumming traditions of Afro-Cuban folklore. The name, Iré Elese Abure, comes from the Yoruba culture that took root throughout the Americas, meaning “goodness from the hands of our brothers and sisters.” Through stage performance, the group strives to share various Afro-Cuban cultural practices, some of which were historically only experienced in spiritual contexts. However, by combining the sacred and the secular, we hope to inspire others to appreciate and celebrate these traditions.

The first half of the performance will offer a preview of a wemilere, or ritual celebration, to honor a particular orisha (deity) in the Yoruba pantheon. The performance will feature batá drumming, song, and dancing conventionally found during a ceremony. Batá are the sacred drums of the wemilere and serve as a means of communicating with and calling down the orishas. The second half of the performance will feature different styles of Afro-Cuban rumba. First documented in the 19th century, rumba is a secular genre traditionally performed by Cubans of African descent in the streets and solares (courtyards) of Havana and Matanzas. To this day, rumba continues to grow as one of Cuba's most exemplary forms of music and dance.