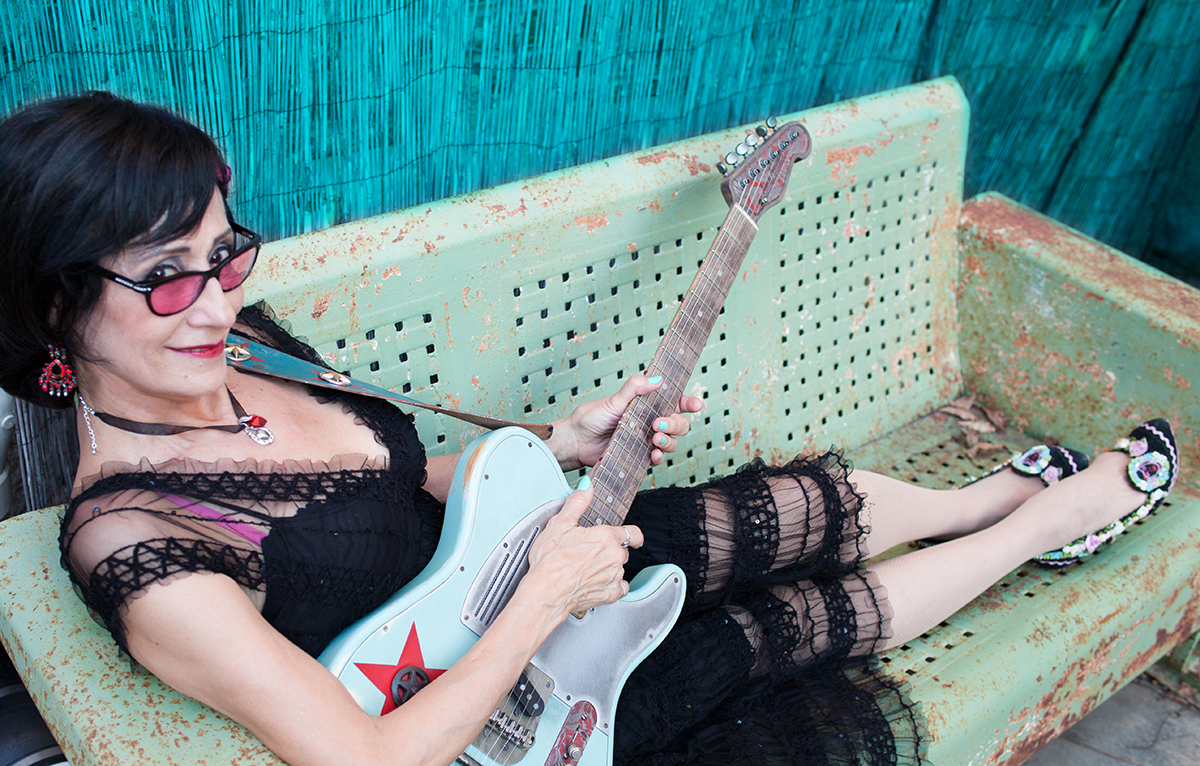 Over the course of a career that has spanned more than four decades, Rosie Flores has jumped feet first into punk rock (with her '70s-era band, the Screaming Sirens), country music of both the Bakersfield and Nashville varieties, the Texas singer/songwriter scene, alt-country, straight-up rock, and rockabilly. So much so the latter, that her onstage moniker for years was “Rockabilly Filly”—but through it all, she was the "Chick with the Pick."

Profiled in Guitar World, Premiere Guitar and Guitar Player magazines, Flores was cited by Venuszine as one of the “Top 75 Greatest Female Guitarists of All Time." Along the way, she released a number of critically acclaimed albums—among them, her solo debut, 1987's Rosie Flores, 1995's Rockabilly Filly, 1999's Dance Hall Dreams, the acoustic live set Single Rose in 2004, 2009's Girl of the Century and, in 2012, the aptly-named, self-produced Working Girl's Guitar. Flores was the first Latina to chart in Country Music.

In recent years, Flores worked with female rockabilly pioneers Wanda Jackson and Janis Martin, in an effort to help propel them back into the spotlight. In 2007, she won a Peabody Award for her narration of the rockabilly documentary, Whole Lotta Shakin' and later produced the The Blanco Sessions, which would prove to be Janis Martin's last recording. In February 2019, Flores was inducted into the Texas Music Legends Hall of Fame.

Simple Case of the Blues brings Flores full circle, and takes square aim at a genre she has only touched on in the past. She lends her soulful voice and fiery guitar to songs by Roy Brown, Wilson Pickett, Heath Wilson, and a spate of new originals. Produced by songwriter/guitarist Charlie Sexton (Bob Dylan, The Arc Angels), with an assist by guitarist Kenny Vaughan (Marty Stuart, Lucinda Williams) and bassist Dave Roe (Johnny Cash), Simple Case of the Blues was, to hear Flores tell it, a long time coming: “I got infatuated with the blues in high school,” says Flores. “It was the first music I ever played."

She returns to the blues now as a seasoned performer steeped in life's uncompromising lessons. At once torchy, soulful, heartfelt and yearning, Simple Case of the Blues "is the music you make when you've come through joy and heartbreak and back again," says Flores. "It's an ongoing process; I've mastered the life of a musician, but I'll be working on the guitar for the rest of my life.”