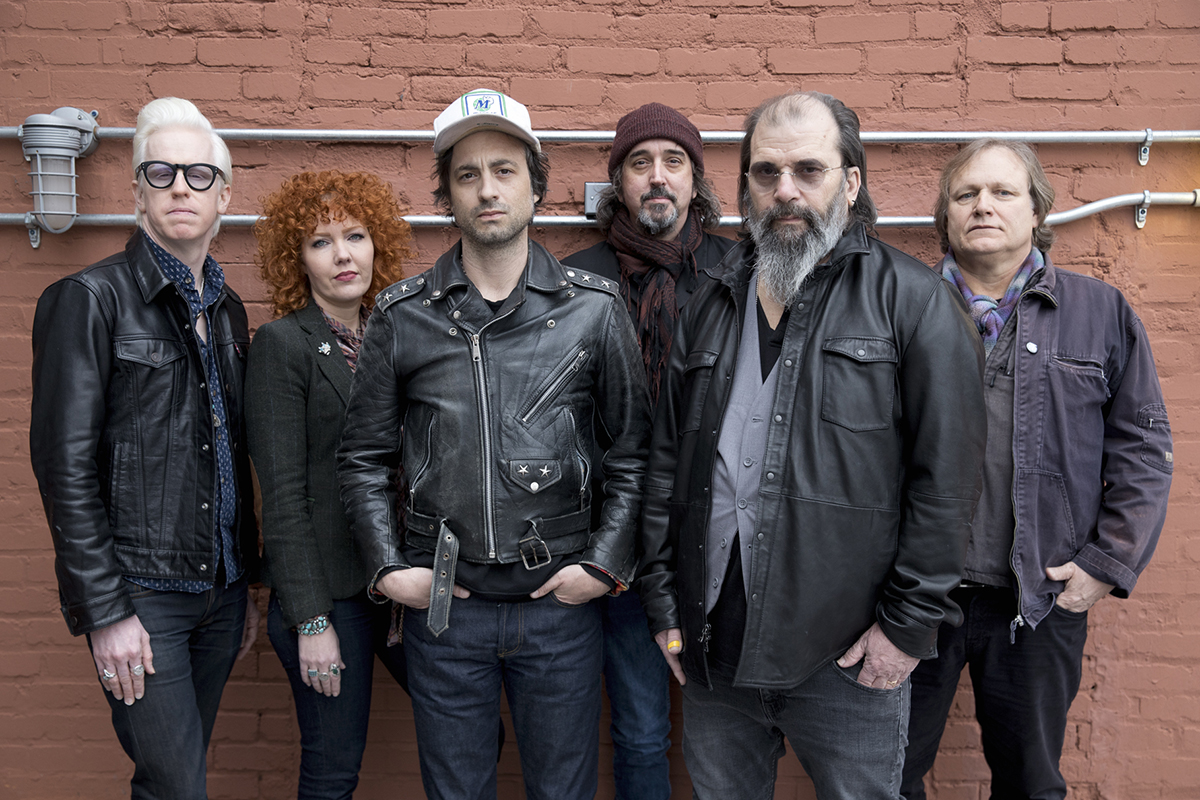 Steve Earle, a man who doesn't mind telling a story, was talking about the first thing GUY Clark ever said to him.

"It was 1974, I was 19 and I had just hitch-hiked from San Antonio to Nashville," Earle said in mid-Texas-cum-Greenwich Village drawl. "Back then if you wanted to be where the best songwriters were, you had to go to Nashville. There were a couple of places where you could get on stage, play your songs. They let you have two drafts, or pass the hat, but you couldn't do both.

"If you were from Texas, and serious, GUY Clark was a king. Everyone knew his songs, 'Desperados Waiting For A Train,' 'LA Freeway,' he'd been singing them before they came out on Old No. 1 i n 1975."

"So I was pretty excited when I went into the club and the bartender, a friend of mine says, 'GUY's here.' I wanted him to hear me play. I was doing some of my earliest songs, 'Ben McCullough' and 'The Mercenary Song.' But he was in the pool room and when I go in there the first thing he says to me is `I like your hat.'"

While it was a pretty cool hat, Earle remembers, "worn in just right with some beads I fixed up around it," Clark did eventually hear his songs. A few months later he was playing bass in GUY's band.

"Now, I am a terrible bass player…but I was the kid, and that was what the kid did. I took over for Rodney Crowell. At that time Gordon Lightfoot's 'Wreck of the Edmund Fitzgerald' was a top ten hit, which was amazing, a six and half minute story song on the radio. So GUY said, 'we're story song writers, why not us?' So we went out to cash in on the big wave."

The success of 'The Wreck of the Edmund Fitzgerald' was not replicated, but Earle reports that being the 19-year-old bass player in GUY Clark's band was "a gas." At least until Earle went into a bar and left the bass in the back seat of his VW bug, from which it was promptly stolen. "It was a nice Fender Precision bass that belonged to GUY, the kind of thing that would be worth ten grand now. He wasn't so happy about that."

More than forty years later, Steve Earle, just turned 64, no longer wears a cowboy hat. "It was more than all the hat acts," Steve contended. "My grandmother told me it was impolite to wear a hat indoors." As for GUY Clark, he's dead, passed away in 2016 after a decade long stare-down with lymphoma. But Earle wasn't ready to stop thinking about his friend and mentor.

"No way I could get out of doing this record," Steve said when we talked over the phone from Charlotte, North Carolina, that night's stop on Earle's ever peripatetic road dog itinerary. "When I get to the other side, I didn't want to run into GUY having made the TOWNES record and not one about him."

TOWNES van Zandt (subject of Earle's 2009 TOWNES) and GUY Clark were "like Kerouac and Allen Ginsberg to me," Steve said. The mercurial Van Zandt (1944-1997) who once ordered his teenage disciple to chain him to a tree in hopes that it would keep him from drinking, was the On The Road quicksilver of youth. Clark, 33 at the time Earle met him, was a longer lasting, more mellow burn.

"When it comes to mentors, I'm glad I had both," Earle said. "If you asked TOWNES what's it all about, he'd hand you a copy of Bury My Heart at Wounded Knee . If you asked GUY the same question, he'd take out a piece of paper and teach you how to diagram a song, what goes where. TOWNES was one of the all-time great writers, but he only finished three songs during the last fifteen years of his life. GUY had cancer and wrote songs until the day he died…He painted, he built instruments, he owned a guitar shop in the Bay Area where the young Bobby Weir hung out. He was older and wiser. You hung around with him and knew why they call what artists do disciplines. Because he was disciplined."

"GUY wasn't really a hard record to make," Earle said. "We did it fast, five or six days with almost no overdubbing. I wanted it to sound live…When you've got a catalog like GUY's and you're only doing sixteen tracks, you know each one is going to be strong."

When he was making TOWNES, Earle recorded "Pancho and Lefty" first; it was a big record, covered over by no less than Willie Nelson, Merle Haggard and Bob Dylan. "You had to go into the bar and right away knock out the biggest GUY in the room," Earle recalled.

With GUY i t was a different process. Clark didn't have that one career-defining hit, but he wasn't exactly unknown. "Desperados," "LA Freeway" were pre-"Americana" style hits. "New Cut Road" charted for Bobby Bare and was recorded by Johnny Cash. "Heartbroke" was a # 1 country record for Ricky Skaggs in 1982. But when you added it up, Clark's songs wove together into variegated life tapestry, far more than the sum of the parts.

Earle and his current, perhaps best ever, bunch of Dukes take on these songs with a spirit of reverent glee and invention. The tunes are all over the place and so is the band, offering max energy on such disparate entries as the bluegrass rave-up "Sis Draper" and talking blues memoir of "Texas 1947." Earle's raw vocal on the sweet, sad "That Old Time Feeling" is heartbreaking, sounding close enough to the grave as to be doing a duet with his dead friend.

You can hear little hints of where Earle came from. The stark "Randall Knife" has the line "a better blade that was ever made was probably forged in Hell," which wouldn't be out of place in a Steve Earle song. Also hard to beat is "The Last Gunfighter," a sardonic western saga to which Earle offers a bravura reading of the chorus: "the smell of the black powder smoke and the stand in the street at the turn of joke."
But in the end GUY leads the listener back to its beginning, namely GUY Clark, which is what any good "tribute" should do.

Indeed, it was a revelation to dial up a video of GUY Clark singing "Desperados Waiting For A Train" on Austin City Limits sometime in the 1980's. Looking as handsome as any man ever was in his bluegrass suit and still brown, flowing hair, Clark sings of a relationship between a young man and an older friend. Saying how the elder man "taught me how to drive his car when he was too drunk to," the young narrator describes a halcyon fantasy in which he and friend were always "desperados waiting for a train." As time passes, however, the young man despairs. To him, his friend is "one on the heroes of this country." So why is he "dressed up like some old man?"

Steve Earle delivers these lines well, as he always does. But the author of "Guitar Town," "Copperhead Road," "Transcendental Blues" and a hundred more masterpiece songs, would be the first to tell you it is one thing to perform "Desperados Waiting For Train" and another to be its creator. There are plenty of covers better than the original. But "Desperados…" will forever reside with GUY Clark, the songwriter singing his song, just him and his guitar. That is the main thing GUY has to tell you: to remember the cornerstone, never forget where you came from.

There was another reason, Earle said, he couldn't "get out of" making GUY. "You know," he said, "as you live your life, you pile up these regrets. I've done a lot of things that might be regrettable, but most of them I don't regret because I realize I couldn't have done anything else at the time."

"With GUY, however, there was this thing. When he was sick - he was dying really for the last ten years of his life - he asked me if we could write a song together. We should do it 'for the grandkids,' he said. Well, I don't know…at the time, I still didn't co-write much, then I got busy. Then GUY died and it was too late. That, I regret."

Earle didn't think making GUY paid off some debt, as if it really could. Like the TOWNES record, GUY is a saga of friendship, its ups and downs, what endures. It is lucky for us that Earle remembers and honors these things, because like old friends, GUY is a diamond.