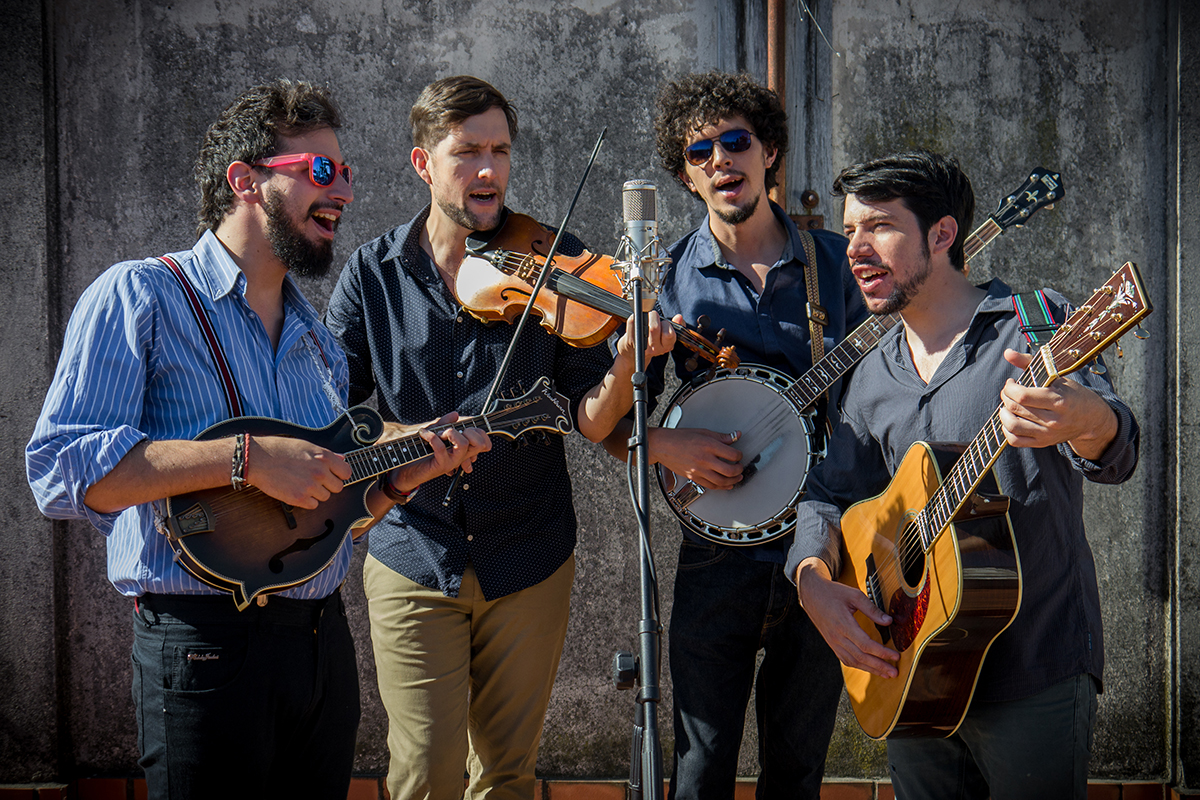 “And now for something completely different? This blend of Appalachian and Latin music took me completely off guard and won me over instantly. This is a band to watch!” – Béla Fleck

Che Apalache is a four-man string band based in Buenos Aires with members from Argentina, Mexico and the United States. Their style is called Latingrass, a mix of South American music and Bluegrass. Their repertoire ranges from vivid Latin rhythms to a cappella mountain gospel songs sung in four part harmony.

The group's founder is Joe Troop (fiddle), a North Carolina-born multi-instrumentalist, singer-songwriter and composer who moved to Argentina in 2010. While patiently carving out a niche in the local music scene, Joe taught bluegrass and old-time music for a living. That's how he met Pau Barjau (banjo), Franco Martino (guitar) and Martin Bobrik (mandolin), his most dedicated students. They quickly became picking buddies and in 2013 decided to form Che Apalache and hit the stage.

Che Apalache began as a bluegrass band, but eventually incorporated Latin American styles into their repertoire. Combining instrumental prowess with tight vocal harmonies, they have created an authentic blend of genres to reflect the nature of their lives. Evoking images from Appalachia to the Andes, their debut album, "Latingrass," is a testament to a powerful cultural and musical exchange.

In 2017 the band received grants from the North Carolina Humanities Council and the Virginia Foundation for the Humanities to tour the United States. Everywhere they went on their five-week ramble, they were met with enthusiasm and praise. At the prestigious Appalachian String Band Music Festival in Clifftop, WV they were awarded first place in the Neo-Traditional band competition.
In 2018 the band expanded their touring coast-to-coast, performing extensively throughout the United States, which generated a feature on All Things Considered which highlighted their ability to overcome boundaries, both musically and geographically, and inject a sense of social justice into their songs. Their impact on audiences has been revelatory.

Whether it is clubs, concerts, festivals or Fine Arts booking conferences, Che Apalache continues to generate excitement as their reputation expands. The momentum is growing, and the promise of the future for Che Apalache burns bright.