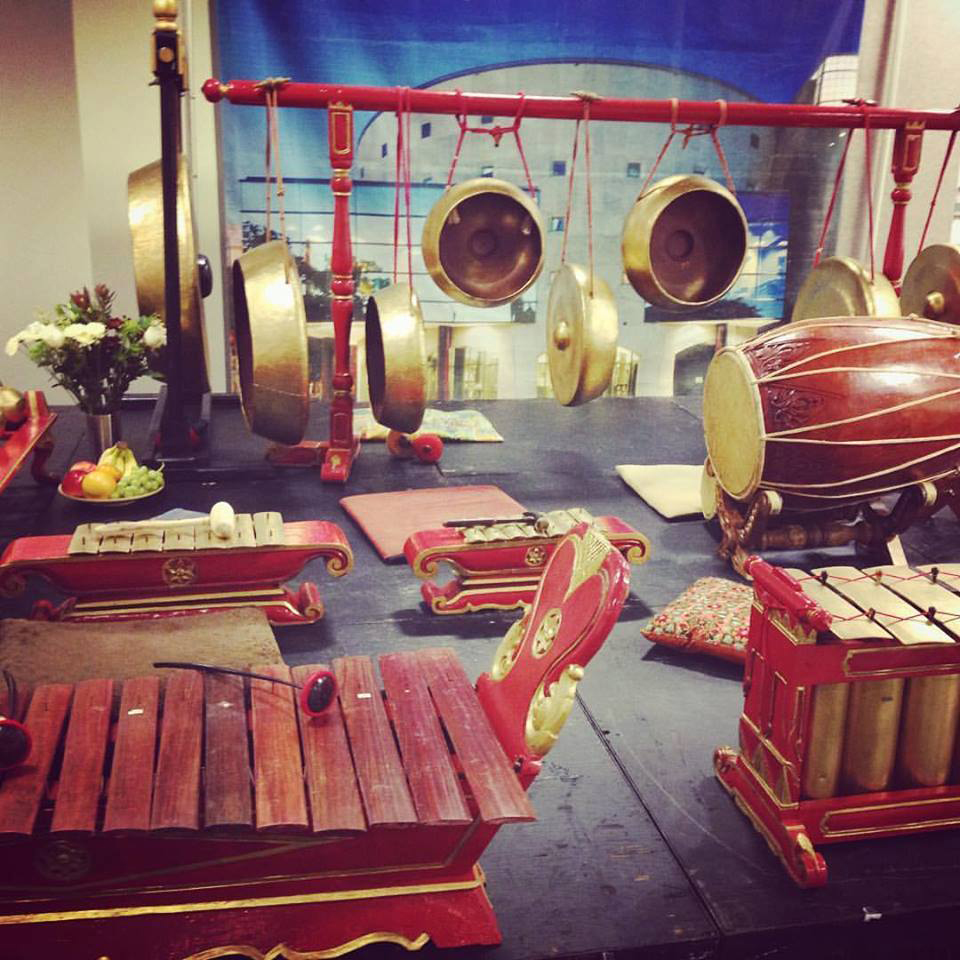 Friends of the Gamelan

Friends of the Gamelan, Inc. (FROG), has been a part of Chicago's musical scene since 1980. It traces its roots to the World's Columbian Exposition of 1893, held in Chicago. One of the many exotic attractions on the Midway Plaisance was the Java Village, complete with a Sundanese gamelan. This was the first time gamelan had been heard in North America. Chicago's Field Museum of Natural History was founded to preserve, catalog, and exhibit the many cultural treasures from the Exposition, including the gamelan.

In the late 1970s, a group began to meet regularly at the Field Museum to play on those very instruments. When the Museum ceased its classes, fearing damage to their irreplaceable instruments, FROG formed to purchase an iron gamelan set to continue the pedagogy and performance begun at the Field Museum. It's first set, the one featured in this World Music Wednesday concert, had its first Chicago home with the Old Town School of Folk Music on Armitage Avenue.

Gamelan, the traditional music and instruments of Indonesia, incorporates an ensemble of “hammered” metal and wooden percussion, drums, strings, bamboo flutes, and vocals, resulting in a beautiful collective sound. In Java, gamelan music is not only played at concert events but is also used to accompany theater and dance performances, as well as celebrations of births, coming of age, weddings, harvest rituals and other auspicious functions. The program will feature traditional and modern central Javanese gamelan pieces. 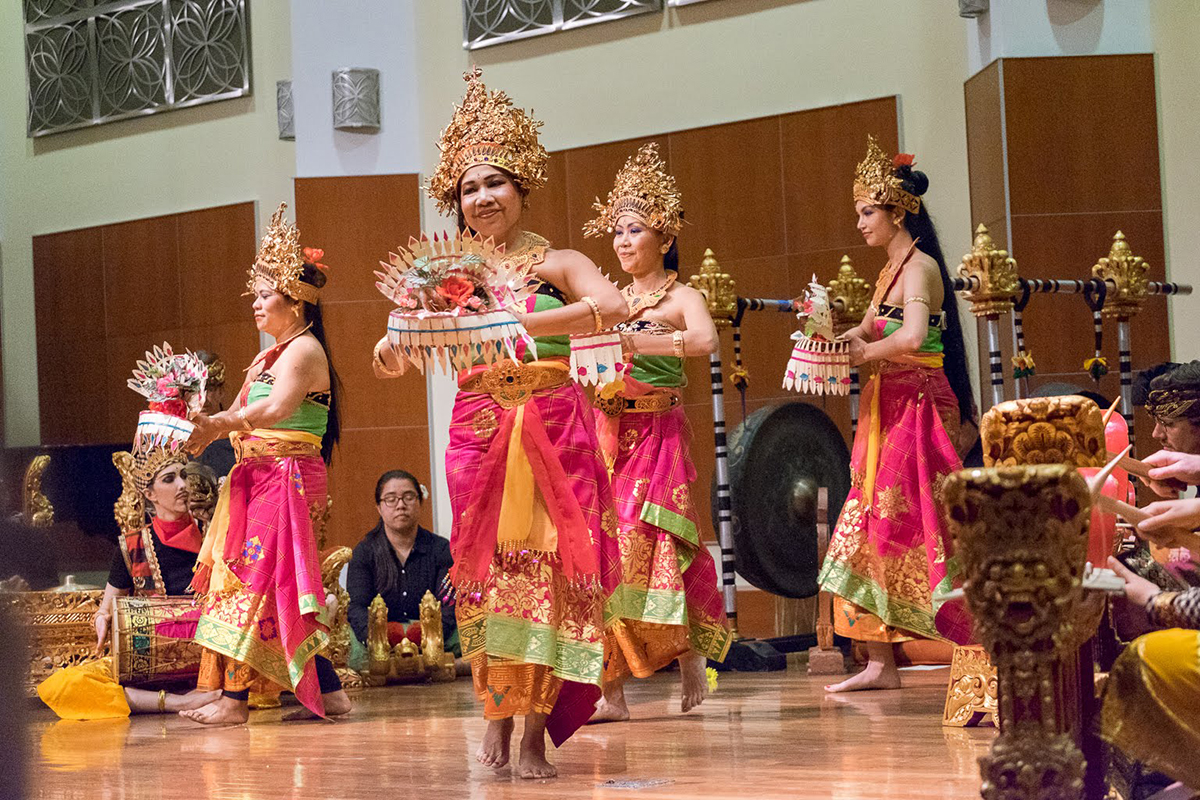 Indonesian Performing Arts Chicago (IPAC) was formed in 2007 by members of the Indonesian community in Chicago, and the ensemble acquired a set of Balinese gong kebyar instruments. For many years and performances the ensemble of musicians and dancers performed all over Chicago and Illinois until 2011 when the instruments went to storage as many of the musicians were of high school age, went on to college and were no longer playing the instruments.

In 2017, Chicago Balinese Gamelan (CBG) was formed by Claire Fassnacht with generous support and guidance from Pak Nyoman Mahartayasa, Pak Asnawa Tutde. This new wave of musicians, which included both American and Indonesian musicians, was excited and eager to begin or continue their gamelan training, and so IPAC and CBG joined together as one organization. High Concept Labs chose the ensemble as one of their Fall 2017 Sponsored Artists to provide rehearsal space and administrative support as the new group was brought to life.

Comprised of 18 musicians and anywhere between five to nine dancers on any given performance, CBG/IPAC is a community-centered ensemble that aims to create high-intensity, exciting, quality performances while introducing and engaging the public with Indonesian culture, music and dance through performances, lectures and interactive workshops.

We are continuously accepting new musicians and dancers. If you are interested to attend a rehearsal or would like more information about becoming a member and our rehearsal schedule, contact us! No prior experience is required.