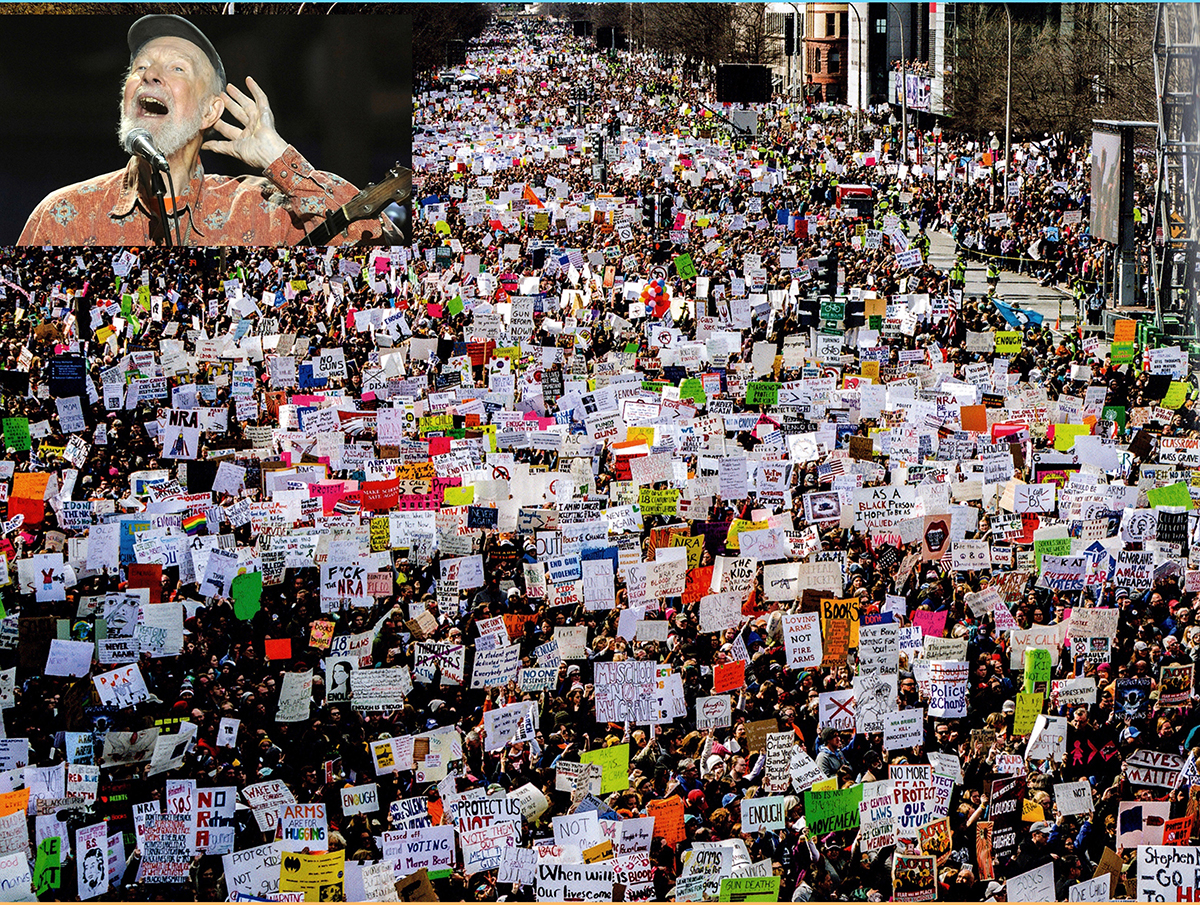 With rear screen video and still imagery projection to show the story, renowned musician and writer Michael J. Miles and his all star 12-member performance ensemble, comprised of Chicago musicians and actors, will portray how protest has defined America for the past 100 years.

The show will culminate with the premier performance of Michael's newest composition, Mississippi River Suite: a storied musical portrait of the river that divides a divided nation, sponsored, in part, by City of Chicago DCASE.

In 1919, in the shadow of World War I, with Woodrow Wilson as president, Congress passed the 18th Amendment beginning Prohibition and the 19th Amendment giving women the right to vote. Eugene Debs went to jail for speaking out against the war. Mother Jones, the “grandmother of all protestors,” organized steel workers nationwide. It was the year of the Chicago Race Riots and the founding of the Communist Labor Party. The Chicago White Sox threw the World Series in 1919, and Ripley's Believe It Or Not was first published. And on May 3 of that year, Pete Seeger was born.

It was a turbulent and restless nation, with workers and citizens discovering that democracy was imperfect and fairness was not to be taken for granted, or even expected. The International Labor Organization began in 1919. Looking ahead, America would roar and ultimately crash in the 1920's. “Which Side Are You On” sang Florence Reece, on behalf of her coal miner husband in the 1930's as, Hitler emerged and America trudged through the Depression.

Each decade through the 20th century brought more people to the streets as America grappled with its own sense of ethics and identity. Ninety-eight years after women got the right to vote, more than 500,000 protestors, one of the largest assemblages ever, gathered on the Mall in Washington DC to speak truth to power. That protest echoed literally all over the world, with solidarity marches on all seven continents.

In these 100 years, America was defined by the echoing voices of its citizens—some of them good citizens, some of them bad citizens. But America has always taken to the streets. “100 Years of Protest: 1919-2019” portrays some of the most salient and outspoken moments of protest across the past century.

Writer/director, Michael J. Miles has created numerous “musical documentaries for the stage” that mix politics, history, popular culture, and music. He has been featured at the Smithsonian and on PBS; been endorsed by the State Dept and numerous US Presidents; and collaborated with the likes of Pete Seeger, Bela Fleck, and members of both the Philadelphia and Boston Symphony Orchestras.

The cast includes (in alphabetical order):