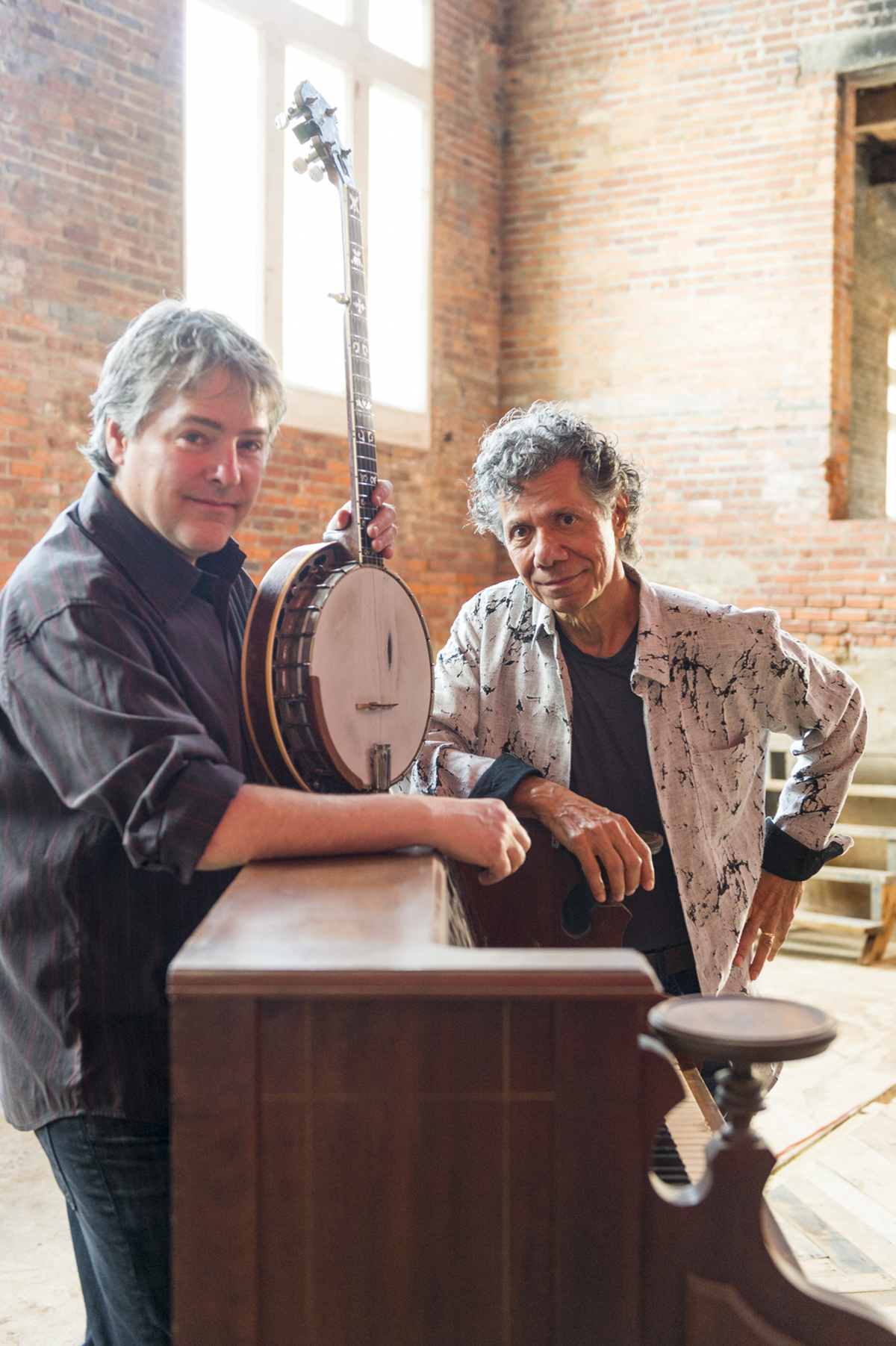 Chick Corea & Béla Fleck, two master songwriters, musicians, and band leaders meet in a historic duet of piano and banjo. The Grammy-winning duet will combine Corea and Fleck's most recognizable tunes with the music from their Latin Grammy-winning album The Enchantment and their extraordinary live set Two (originally released in 2015 and now available on vinyl as well). With a mix of jazz and pop standards, crossing a myriad of genres, from jazz, bluegrass, rock, flamenco and gospel, this will be a casual, intimate evening with two legends from different musical worlds.

Chick Corea has attained iconic status in music. The keyboardist, composer and bandleader is a DownBeat Hall of Famer and NEA Jazz Master, as well as the fourth-most nominated artist in Grammy Awards history with 63 nods – and 22 wins, in addition to a number of Latin Grammys. From straight-ahead to avant-garde, bebop to jazz-rock fusion, children's songs to chamber and symphonic works, Chick has touched an astonishing number of musical bases in his career since playing with the genre-shattering bands of Miles Davis in the late '60s and early '70s.

Yet Chick has never been more productive than in the 21st century, whether playing acoustic piano or electric keyboards, leading multiple bands, performing solo or collaborating with a who's who of music. Underscoring this, he has been named Artist of the Year three times this decade in the DownBeat Readers Poll. Born in 1941 in Massachusetts, Chick remains a tireless creative spirit, continually reinventing himself through his art. As The New York Times has said, he is “a luminary, ebullient and eternally youthful.”

Béla Fleck is often considered the premier banjo player in the world. A New York City native, he picked up the banjo at age 15 after being awed by the bluegrass music of Flatt & Scruggs. While still in high school he began experimenting with playing bebop jazz on his banjo. In 1979, he released his first solo album, Crossing the Tracks, with material that ranged from straight ahead bluegrass to Chick Corea's “Spain.” In 1989 he formed the genre-busting Flecktones, with members equally talented and adventurous as himself.

Throw Down Your Heart, Fleck's 2009 album, is an extraordinarily ambitious and personal project. In on-location collaborations with musicians from Uganda, Tanzania, Senegal, Mali, South Africa and Madagascar, Béla Fleck explores the African origins of the banjo, the prototype of which was brought to American shores by African slaves.

In 2011, Béla wrote his first stand alone banjo concerto, on commission with the Nashville Symphony. This work, entitled The Impostor, along with his new quintet for banjo and string quartet was released in August 2013 on the Deutsche Grammophon label.

The recipient of Multiple Grammy Awards going back to 1998, Béla Fleck's total Grammy count is 15 Grammys won, and 30 nominations. He has been nominated in more different categories than anyone in Grammy history.