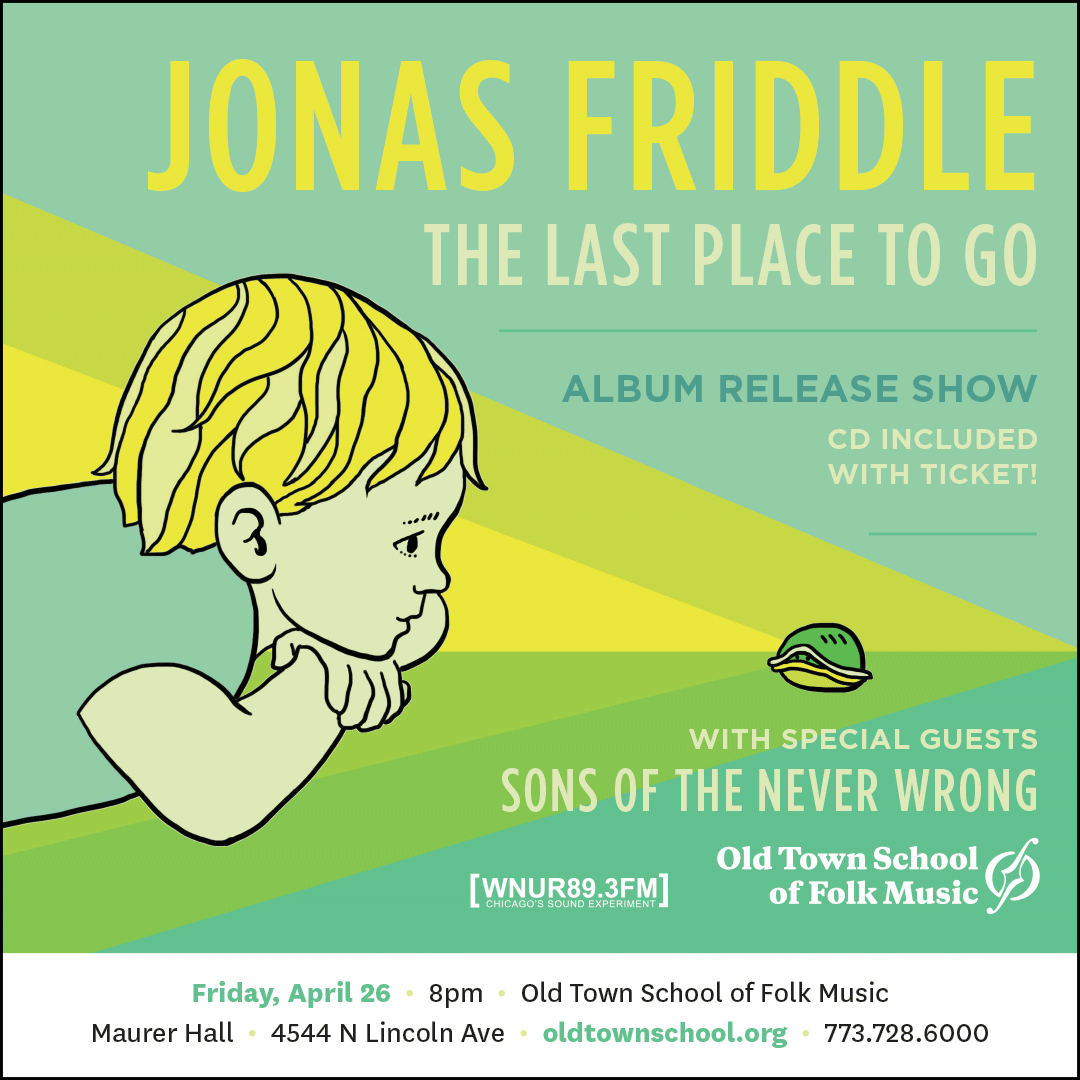 Bare Handed Productions proudly presents The Last Place to Go, a new album from John Lennon Award winning songwriter Jonas Friddle. Recorded straight to tape at Chicago's Kingsize Sound Labs, every track on the album shines with Friddle's talent in crafting songs full of imagery, honesty and humor. After two albums with the folk super group, The Majority, this new release under his own name delivers a new sound to his discography. The sounds of fiddle, dobro, Telecaster, organ, drums, and bass stand with the songs and give every Americana fan a new album to call their favorite.

Join us for a special night as we celebrate the release of The Last Place to Go. Jonas will be joined by some of Chicago's finest musicians in Anna Jacobson, Andrew Wilkins, Steve Doyle, Gerald Dowd, and Evan Jacobson.

As part of the celebration, a CD copy of The Last Place to Go will be given to everyone who attends the show.

“[Friddle] deftly explores just about every nook and cranny of modern folk…The immaculate arrangements would sell it, if his lithe voice hadn't already given it away. Amazing stuff.” - Independent Clauses 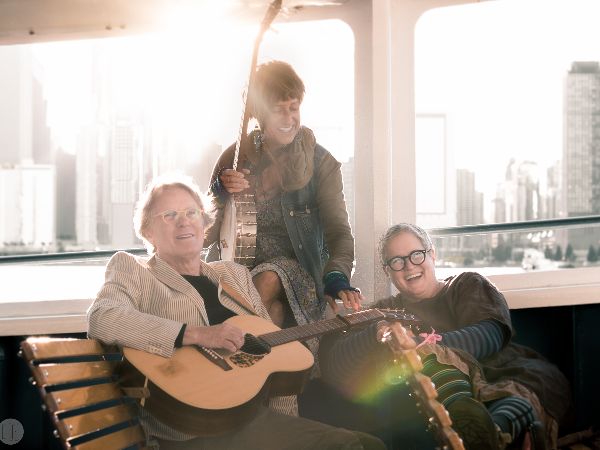 Sons of the Never Wrong

Not many folk bands make it past both diapers and drivers ed, but this trio has outlasted them all by simply crushing it with their incredible, original songwriting, signature 3-part harmonies, other-worldly arrangements, and hilarious stage banter. A trio made up of Sue Demel, Deborah Maris Lader and Bruce Roper, these three kinda mixed-up adults of perfect parentage are just crazy enough to enlist Beethoven as the inspiration for their 10th album. Huffington Post declares: “Their lyrics often have the narrative complexity of Leonard Cohen or the nimble wit of Noël Coward. Mention should also be made of the stream of instruments that flowed through the Sons' inexhaustibly dextrous hands during the night, and also of the gorgeous 3-part harmony that has become their vocal signature. They employ it sparingly, but when Roper's astringent croon, Lader's plangent warble, and Demel's athletic purr twine together like a braid, you can just about keel over from ravishment. Fortunately, it's is so crowded, there's nowhere to keel over to; the worst that can happen is a sort of semi-collapse onto your neighbor's shoulder. With any luck he's someone you know.”