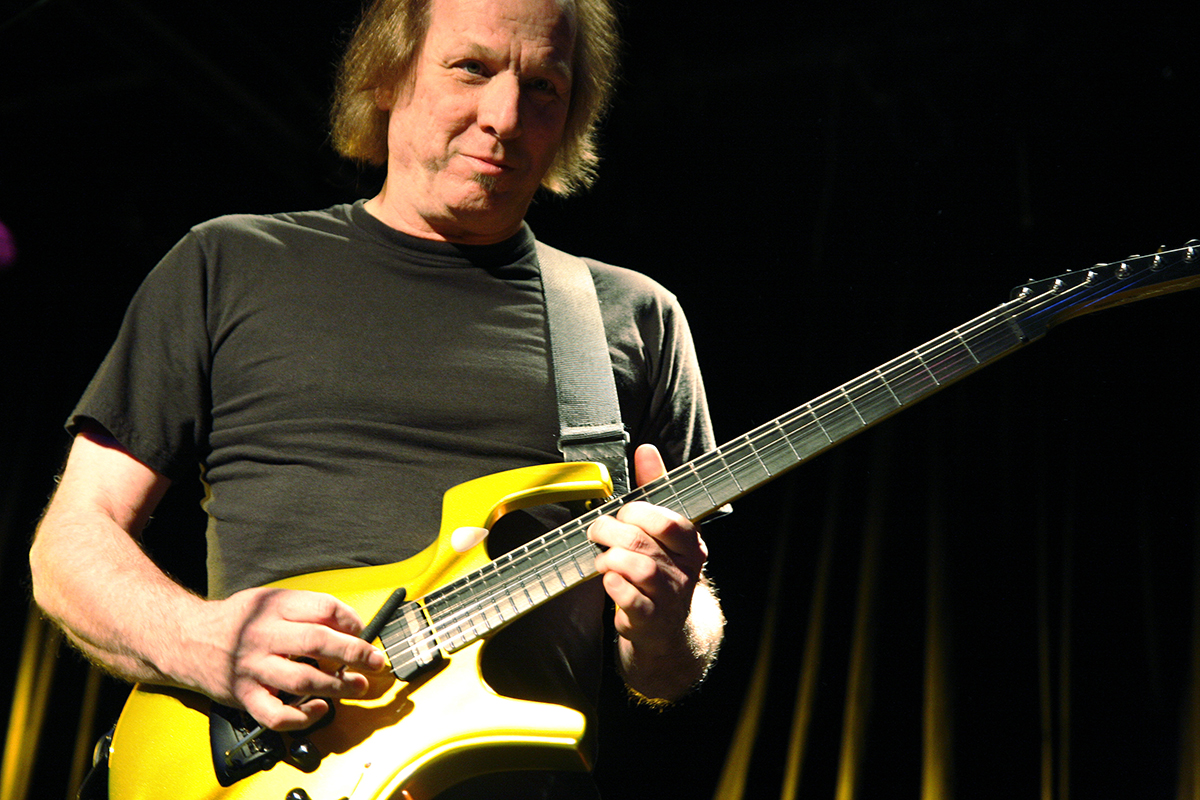 Adrian Belew is a legendary guitarist well-known for his diverse travels around the musical map. He is a multi-instrumentalist whose solo records are critically acclaimed. His moving singing voice and prolific songwriting has endeared a loyal fan base of music lovers. His music is being discovered everyday by more and more listeners thirsty for great music with a creative standard not often pushed by the commercial music industry.

For more than a decade the Adrian Belew Power Trio stunned audiences around the world. Now Adrian is ready to re-invent his live show with a new quartet which includes Jordan Perlson on drums, Saul Zonana on keyboards, guitar, and vocals, and bassist extraordinaire Julie Slick. The tour dates will be in support of Adrian's newest release "POP-SIDED", coming March 2019. Don't miss this opportunity to enjoy master musicians playing great songs and having a ball!

Adrian describes the show as, "a more complete picture of most things I've done. More songs, new songs from the award-winning FLUX app, King Crimson material I haven't played for years, and a dose of classic Power Trio. It's my intention to make this the best Adrian Belew show ever!”

Adrian first appeared on the guitar-world radar when he toured with Frank Zappa who later said, “Adrian reinvented electric guitar”. Adrian's signature tones, unique use of effects and whammy bar remains completely different, and his techniques continue to be a huge influence on today's guitarists. He was guitarist, songwriter and frontman for Progressive Rock Powerhouse King Crimson for over 30 years. “Discipline”, Adrian's first record with King Crimson, is listed among the most important rock records ever made.

Adrian has had a career that commands both awe and respect from fellow musicians and loyal fans, from his first solo record “The Lone Rhino” to the Atlantic Records hit album “Mr. Music Head” or any of his other 20 plus solo records that push sonic boundaries while maintaining artistic integrity. Adrian shreds on guitar but also writes beautiful songs that will make you cry. Yes, Adrian has taken his fans on a wild ride through countless world tours and albums with David Bowie, Talking Heads, Laurie, Anderson, and Paul Simon. He truly is the Twang Bar King! 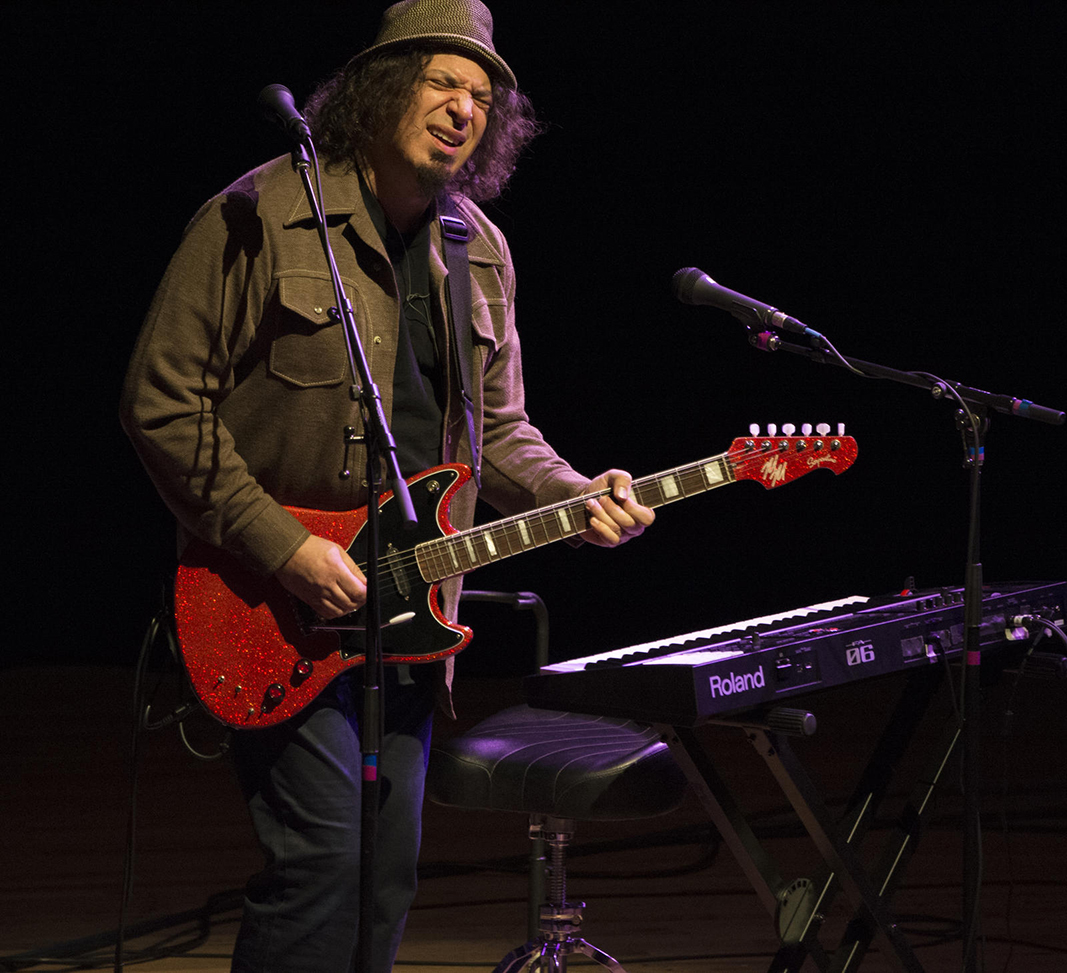