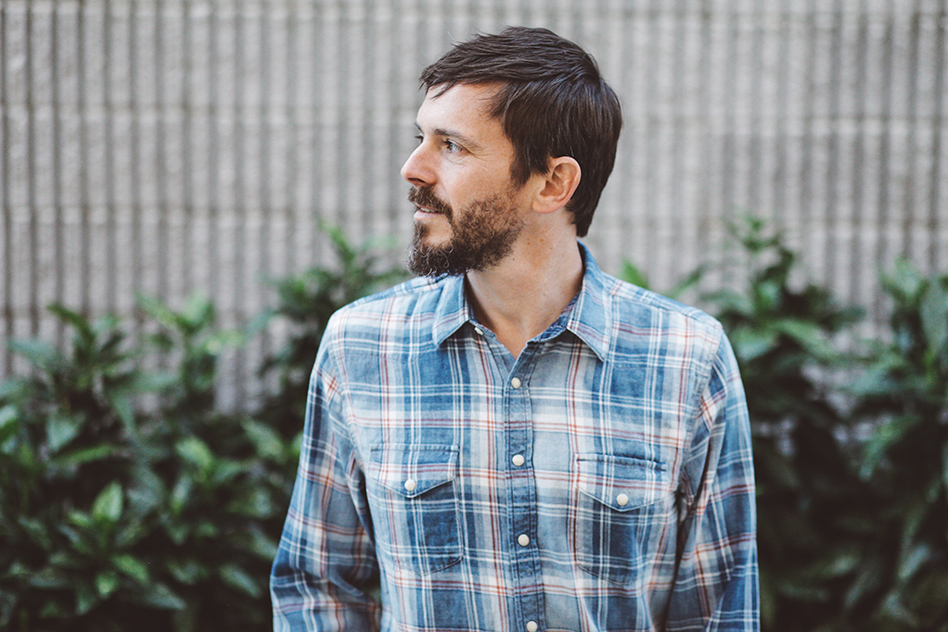 Glen Phillips has always been a courageous and inviting songwriter. During his years as lead singer of Toad the Wet Sprocket, the band's elegant folk/pop sound and his honest, introspective lyrics helped them forge a close bond with their fans. Since starting his solo career, Phillips has pared his music down to its emotional core, concentrating on the simple truths of love and relationships, with a profound spiritual understanding.

Swallowed by the New takes on life's difficult transitions and delivers some of the Phillips' most vulnerable songs. "I made this album during the dissolution of a 23 year marriage, Phillips says. "A major chapter of my life was coming to a close, and I discovered early on that I had to work hard to get through the transition with compassion and clarity. These songs were a big part of that process."

The album was recorded in May of 2015 with producer/bass player Paul Bryan (Aimee Mann, Lucinda Williams), Jay Bellerose (drums), Chris Bruce (guitar), Jebin Bruni (keys) and Ruby Amanfu (vocals). The sparse arrangements are centered on Phillips' vocals and acoustic guitar. Shimmering electric guitar accents drift through a curtain of sighing strings on Go, a ballad that bids a poignant farewell to a lover at the end of a relationship.

Swallowed by the New is full of the inviting melodies that have always marked Phillips' work, while his singing reaches a new degree of intimacy and immediacy. The arrangements hint at country, soul, folk, rock and classic pop, without ever sounding derivative. The emotions may be raw, but they are guided by Phillips' steady vocals towards healing and renewal.

Phillips started Toad the Wet Sprocket in 1986, when he was still in high school. He was as surprised as anyone when their low-key folk rock landed them on the pop charts. When the band members decided to go their separate ways, Phillips began a solo career with Abulum followed by Winter Pays for Summer, Mr. Lemons and Secrets of the New Explorers. Always open to new projects and unlikely collaborations, he's toured and recorded with Works Progress Administration, a band that included members of Nickel Creek, Tom Petty and the Heartbreakers and Elvis Costello's Attractions; Mutual Admiration Society with Nickel Creek; Remote Tree Children, an experimental project with John Askew and Plover, with Neilson Hubbard and Garrison Starr.

"I enjoy the spontaneity of acoustic performance, where I can take the show wherever it needs to go and follow the lead of an audience instead of following a set list. There's more talking, more stories, and more of a loose feel. The subject matter is on the serious side, but I feel like the perspective is ultimately positive. Life is about changes, no matter how we may try and pretend otherwise. This album is all about learning how to face change."